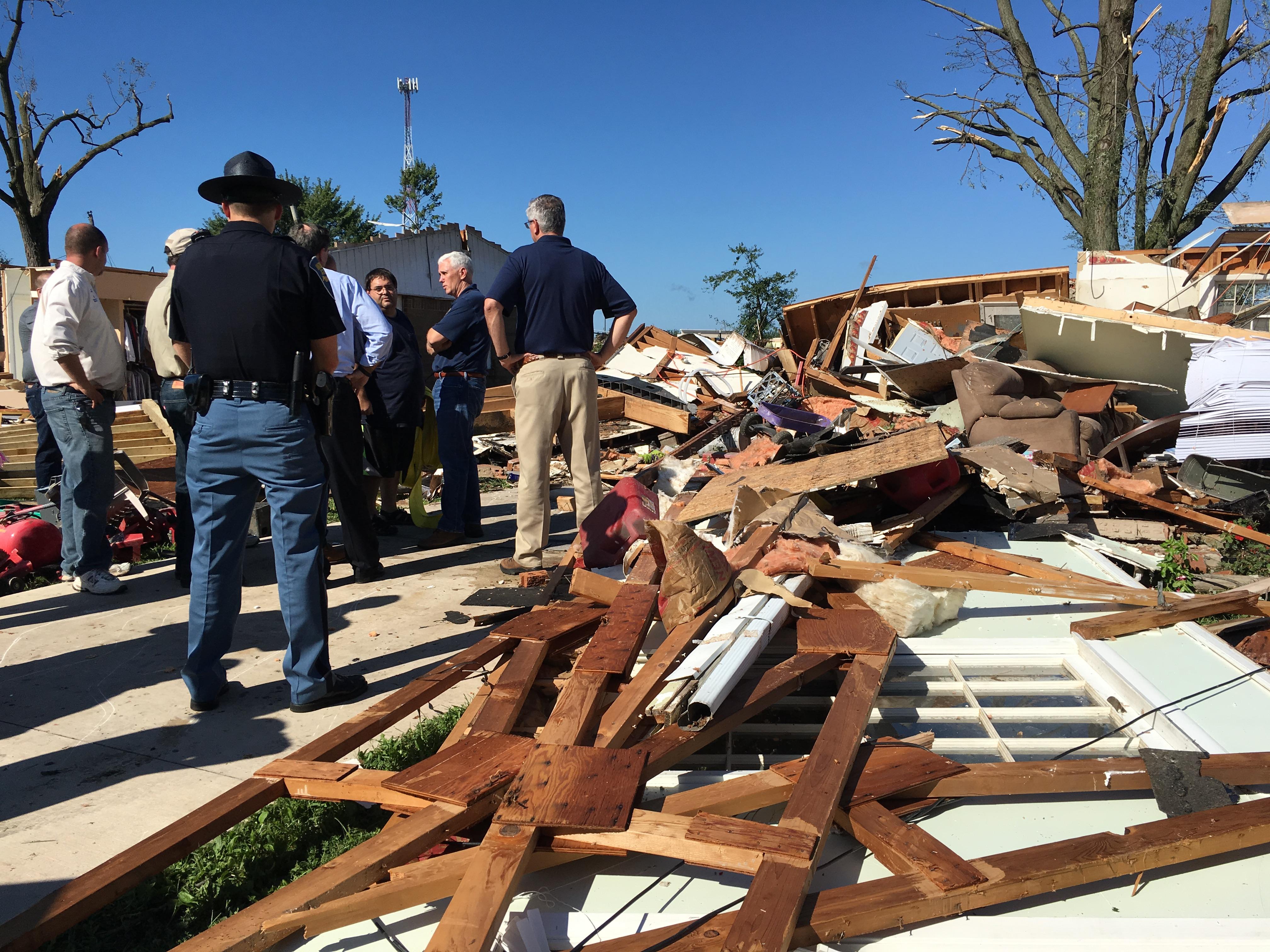 Mike Pence is taking some time off the campaign trail Thursday to visit damaged central Indiana towns, after heavy storms and tornadoes touched down in the governor’s home state.

Donald Trump’s vice presidential candidate toured Kokomo, about 40 miles north Indianapolis, and other areas in Howard and Montgomery counties, where most of the damage was concentrated.

Pence gave a short press conference in Kokomo, commending the first responders on the scene as well as the neighbors “helping complete strangers put their lives back together.”

“Walking through the neighborhood across the highway, it’s just very moving to me to talk to these families, family members who were in their homes, in the city’s homes virtually completely destroyed but because people’s quick thinking, because of a good early warning system here locally, no serious injuries, no loss of lives,” Pence said. “And it’s a miracle and it’s a testament to good common sense by Hoosiers caring about their neighbors, looking after their own.”

At a meeting in Indianapolis Wednesday, Pence was briefed by emergency operations personnel about the extent of the destruction. Eight counties confirmed tornado reports, with 15 homes damaged in Howard County and 30 homes in Montgomery County.

Pence commented on the storm damage at a press conference in the city’s Emergency Operations Center Wednesday.

“At this point, I say with a grateful heart that we have no reports of serious injuries or deaths as a result of these storms,” he told reporters. “We are currently monitoring roughly 10-15 minor injuries in Howard county and we’re in the assessment process in Montgomery county.”

The veep candidate added that it was “truly remarkable there are such a few number of injuries or worse,” as the tornadoes ripped through Howard County at the worst possible time, coinciding with children leaving school.

When asked about federal support for the affected areas, Pence said the Indiana Department of Homeland Security was already in contact with FEMA. But, he said, “it is unlikely in our initial look that this reaches a threshold for federal support.”

Pressed on whether he would clear his campaign schedule for the rest of the week, Pence said: “We’ll be here as long we need to be to make sure Hoosiers who have been impacted by these storms have what they need and have the support they need... I have no higher priority than the safety and security of Hoosiers.”

Trump, for his part, praised Pence for his work in Indiana in tweets Wednesday evening: