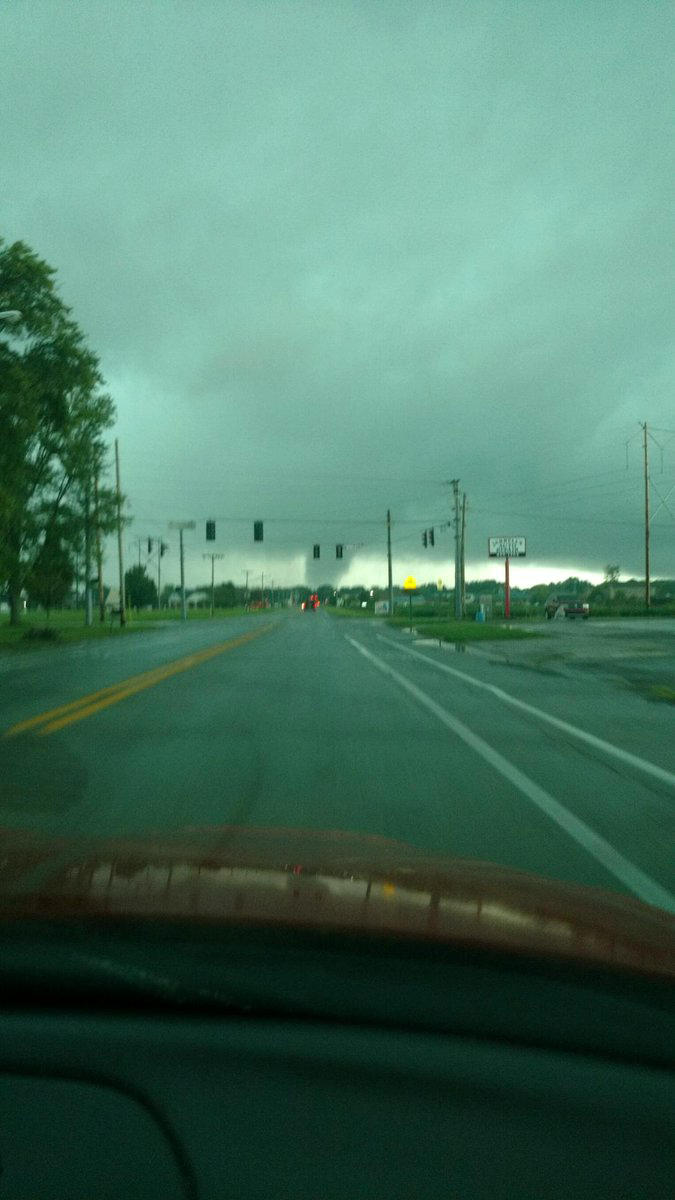 The National Weather Service issued a tornado warning saying a “confirmed large and destructive tornado” hit about 10 miles east of Kokomo, or about 40 miles north of Indianapolis. Meteorologist Dave Tucek said a tornado moved across the city Wednesday afternoon.

“It’s crazy. It’s a madhouse,” said Mitchell Carlson, a maintenance technician at the Park Place Apartments in Kokomo. He said the complex has 16 buildings and “probably eight of them don’t have a roof.”

But there have not been any injuries there, he said. “So, I guess we’re all blessed at the Park Place.”

He estimated 20 to 30 cars had been damaged by falling tree limbs and air conditioners.

Officials have declared a joint state of emergency for central Indiana’s Howard County and its county seat of Kokomo.

The declaration stated that all roads in the city and county are closed except for emergency vehicles performing essential functions until 9 p.m. Wednesday.

The Indiana Department of Homeland Security was monitoring damage from the tornado but had received no immediate reports of serious injuries or deaths, agency spokesman John Erickson said.

“We’re just asking people to sit tight, especially if there’s a tornado warning in their area, so they can stay as safe as possible,” Erickson said.

Winds blew so strong and sudden, people ran for their lives.

“I came outside and it was a different world,” 14-year-old Jalen Givens told CBS News’ Vinita Nair.

Givens was home with his sister when the tornado struck.

“It jerked the door out of my hand and we ran to the basement and the furnace exploded,” he said.

Police officers in Indianapolis spotted at least two funnel clouds close to the ground in the city just south of Interstate 70, but the department had received no reports of damage, according to Officer Jim Gillespie of the Indianapolis Metropolitan Police Department.

Local emergency dispatchers said only minor injuries had been reported.

CBS Indianapolis affiliate WTTV posted images to its website of the damaged Starbucks and other buildings in the area.

The weather service also said Indiana State Police observed a tornado northwest of the Montgomery County town of New Ross, or about 35 miles northwest of Indianapolis.

Indiana University Kokomo canceled all events on campus Wednesday evening due to the severe weather. School officials in Avon, near Indianapolis, cited the severe weather in ordering all buses to return to the nearest school.