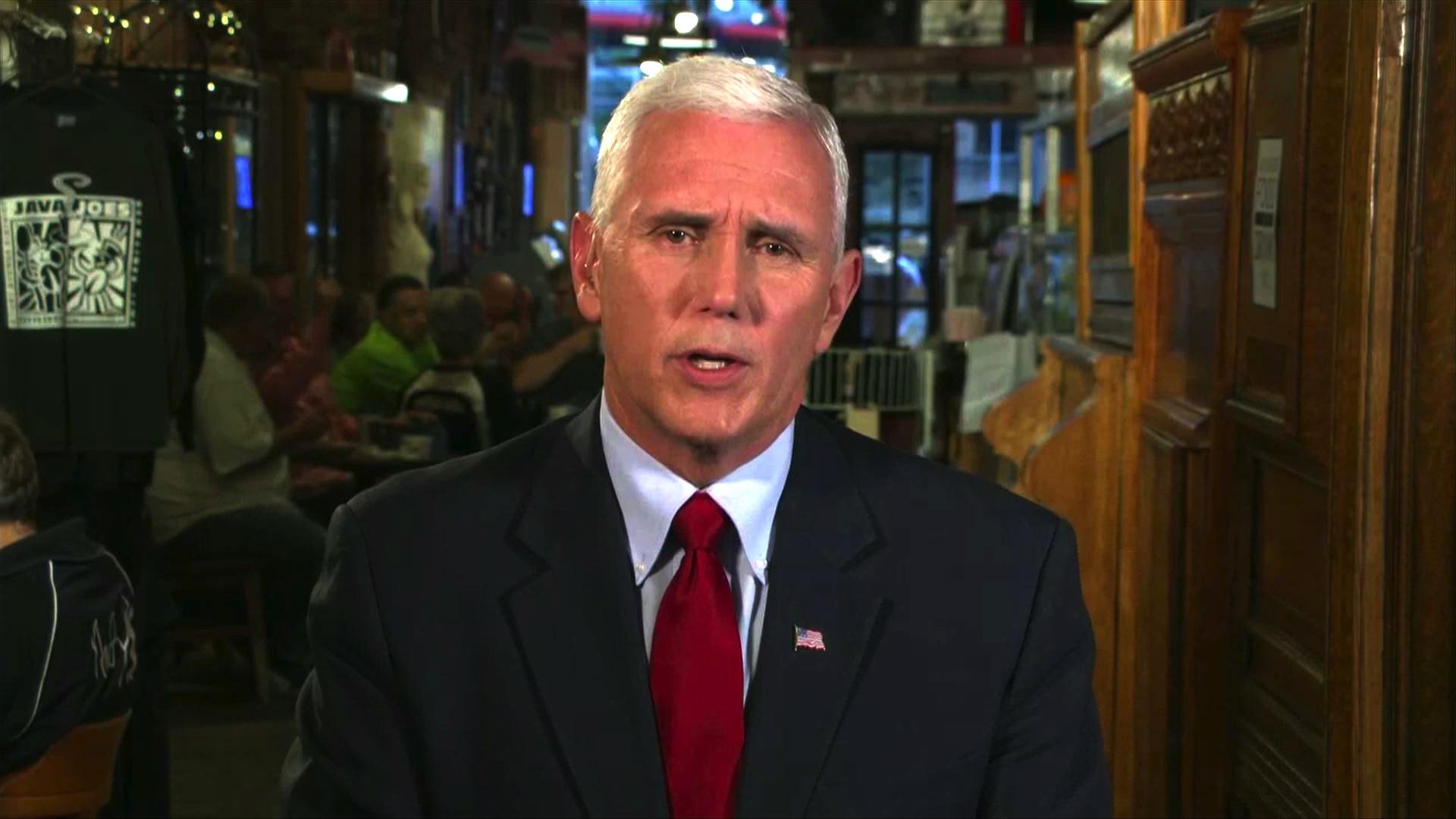 With the first presidential debate just one day away, Republican vice presidential candidate Mike Pence says his running mate, GOP nominee Donald Trump, will “absolutely” tell the truth when he’s up on the debate stage.

Pence said on CBS’ “Face the Nation,” that he was confident of his running mate’s ability to adhere to the facts when asked whether his candidate will be “truthful” Monday night.

“He’s going to speak the truth to the American people—that’s why you see the tremendous momentum in this campaign,” Pence said.

Trump has repeatedly made statements on the campaign trail that have proven to be false, including during the one other primetime event at which both Trump and Democratic nominee Hillary Clinton appeared: a Commander-in-Chief forum on national security issues in early September. That night, Trump said he was against the Iraq War from the beginning; in reality, his criticism of the war appeared to start in 2004, a year after the war began.

Asked by moderator John Dickerson the first time whether Trump will be “truthful” in his statements during the debate, Pence replied: “I think Donald Trump always speaks straight from his mind and straight from his heart.”

Pence said he agreed with his running mate that the debate moderators—for Monday’s debate, that’s NBC’s Lester Holt—should not fact-check the candidates in real time. In 2012, CNN’s Candy Crowley corrected GOP nominee Mitt Romney during that year’s town hall debate, a move for which she was panned by conservatives after the debate.

“Well, I think we all had this experience a few years ago of Mitt Romney being interrupted and being challenged on an assertion he made,” Pence said.  “I believe it was about the tragedy in Benghazi, and it turned out the moderator was wrong.”

“The important thing is is that the American people hear from these two candidates,” he added. “The choice in this campaign could not be more clear.”

Pence did not give specifics about how Trump has been preparing for Monday’s debate, saying that his life experience has given him much of the preparation he needs. While Clinton has hunkered down for hours of debate prep, with former aide Philippe Reines playing the role of Trump in mock debates, Trump has continued to keep up an active schedule on the campaign trail and it’s not clear how he’s preparing.

“Donald Trump has been preparing for this debate for his entire lifetime,” Pence said. “He’s built a great business and he’s traveled the country and particularly in this campaign … he’s given voice to the frustration and aspirations of the American people like no American leader in my lifetime since Ronald Reagan.”