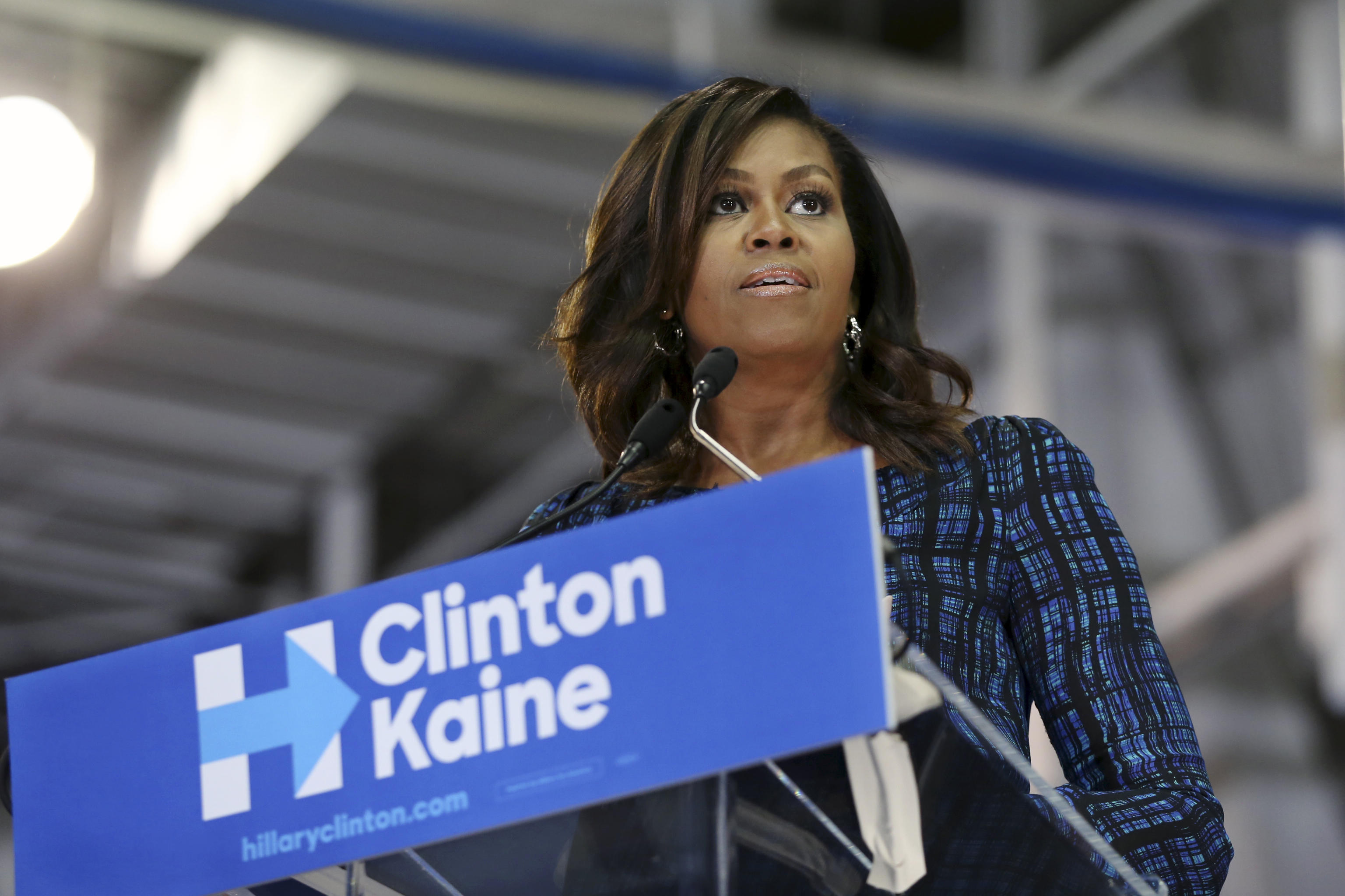 PHILADELPHIA  -- Michelle Obama told a diverse and enthusiastic crowd in Philadelphia on Wednesday that candidates don’t change once they become president and that America “needs an adult in the White House.”

The first lady pointedly did not mention Republican presidential nominee Donald Trump during the rally at LaSalle University. But there was no question that she was warning voters that candidate Trump would be the same as President Trump.

“The presidency doesn’t change who you are: it reveals who you are,” she told the cheering crowd. She warned, “Trust me, a candidate isn’t going to suddenly change once they’re in office.”

Obama referred to several comments Trump made during and after Monday’s debate, including his apparent acknowledgment that he’s paid no taxes some years. Trump said that makes him “smart.”

“If a candidate is erratic and threatening, if a candidate traffics in prejudice, fear and lies on the campaign trail, if a candidate thinks not paying taxes makes you smart, or that it’s good business when people lose their homes; if a candidate regularly and flippantly makes cruel and insulting comments about women, about how we look, how we act -- well, sadly, that’s who that candidate really is,” she said. “That is the kind of president they will be.”

She said the country needs a leader who is steady and measured because when making war-or-peace decisions, “a president can’t just pop off or lash out irrationally. No, we need an adult in the White House, I guarantee you.”

“We need someone who is compassionate -- someone who will be a role model for our kids,” Obama declared.

She cast Clinton as a fighter who doesn’t back down and who loves her country.

The first lady also urged the audience not to assume that their votes don’t matter. She pointed out that while her husband’s 300,000 vote margin over Mitt Romney in 2012 sounds like a lot of votes, that number amounted to a mere 17 votes per precinct. “That’s how presidential elections are won and lost,” she told them.

The first lady was heading to Pittsburgh for another rally for the Democratic presidential nominee later Wednesday.

Trump’s campaign reacted to Obama’s speech with a statement saying Clinton is in “panic mode” in Pennsylvania because polls show the Republican presidential nominee surging in the battleground state.