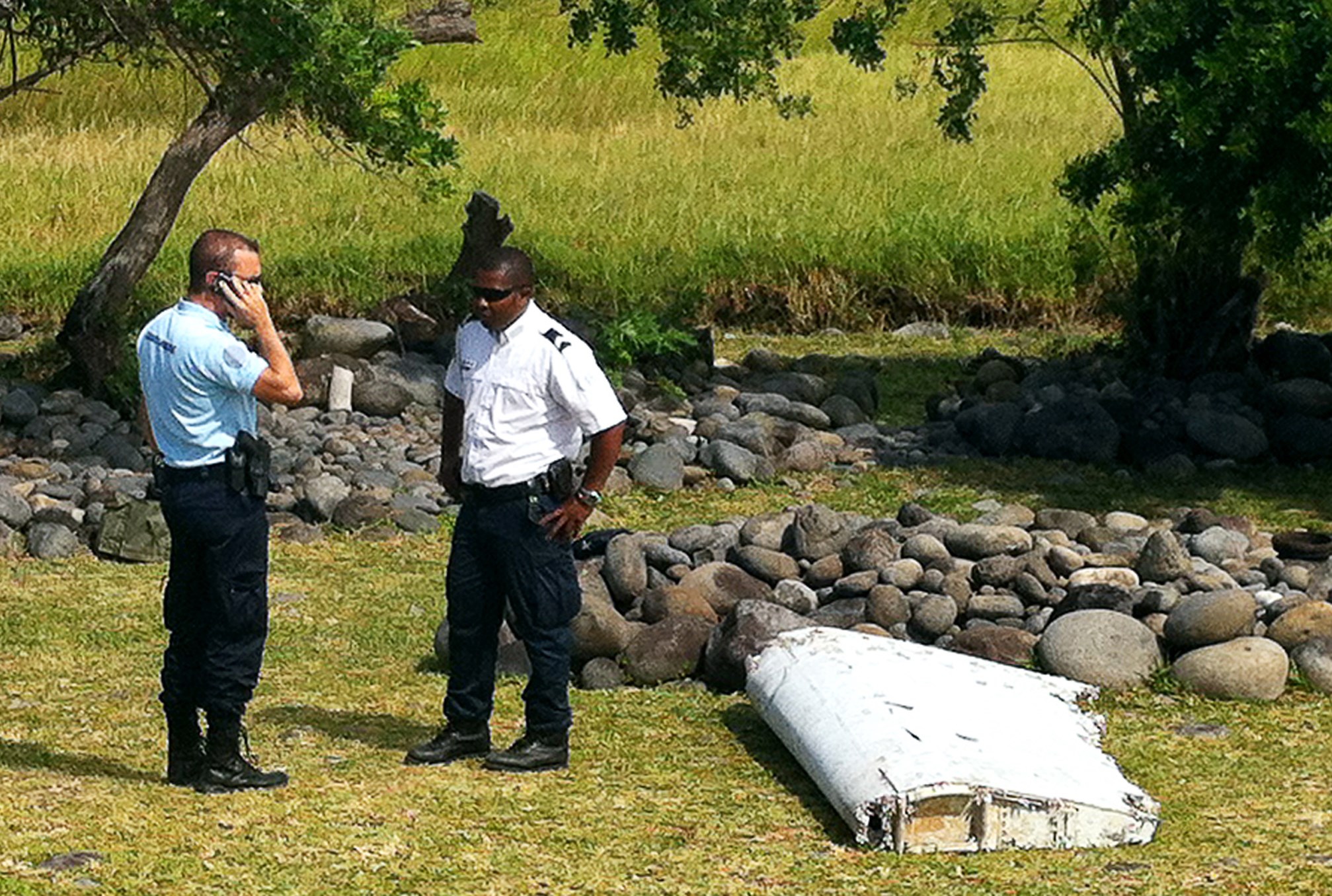 The discovery of part of a Boeing 777 airplane wing on an island in the western Indian Ocean raises questions about whether it's possible that debris from Malaysian Airlines Flight 370 could have traveled such a great distance.

For that, it helps to understand ocean currents.

The search for the plane, which disappeared from radar on March 8, 2014, with 239 people on board, has mostly centered on a 46,000-square-mile area off the west coast of Australia. From there, the ocean currents flow toward the northwest before turning to the west. When they reach the western Indian Ocean, they turn to the southwest, eventually passing by the French island of La Reunion, where debris from a Boeing 777 was found this week.

"It's like a big arch," Arnold Gordon, an oceanography professor at Columbia University who is an expert on ocean circulation in the Indian Ocean, told CBS News. "Reunion Island is right along that pathway."

Gordon was among several oceanographers who told CBS News they believed parts of the wing found could have come from MH370, even though the island is 2,600 miles west of the main search zone.

"If it entered the water where they think (MH) 370 entered the water, Reunion is along pathway and it takes about year for debris to go from west of Australia to Reunion Island," Gordon said.

"It would all make sense," he added, noting the barnacle growth on the wing that would suggest it had been in the water for more than a year.

But Luca Centurioni, an associate researcher who studies climate, atmospheric science and physical oceanography at Scripps Institution of Oceanography, was more cautious.

As the director of a program that uses buoys around the world to study ocean circulation and sea surface temperature, he was able to isolate 63 of his devices out 20,000 that have ended up near La Reunion.

Centurioni found that some buoys have come from an area around the suspected crash site - but also many other places including the Bay of Bengal and off the coast of Indonesia.

To him, that doesn't rule out this piece of wreckage was from MH370 - just that the crash site may be in a location other than where investigators have been focusing their search.

Then there are gyres throughout the ocean, rotating currents that trap debris such as plastic and are responsible for the Great Pacific garbage patch.

"The reality of debris is that it follows a fuzzy trajectory," Centurioni said. "It moves in a turbulent fashion."

Gordon agreed, saying there was "a lot of turbulence in the ocean, a lot of eddies."

"So the debris is not going to move in a straight arc or a smooth path from Australia to Reunion Island," he said. "It's going to be very erratic and irregular. And if there were a number of particles from the plane and debris in the water, they would slowly disperse and the distance between them would increase with time."

Gordon said the erratic path would explain why it took 16 months for parts of the plane wing to reach La Reunion. But that same uncertainty over its exact path could pose a problem for investigators hoping to find the original crash site.

Confirming this was indeed MH370 plane debris, Centurioni said, would help the families "because they know the plane has crashed" and put to rest conspiracy theories, including those that propose the plane somehow managed to land in one of several locations including on the island of Diego Garcia.

But it does little to help find the black box.

"The problem we are facing is that we don't have observations good enough to enable to us reconstruct the reverse path of a piece of a debris," he said. "In order do that, you have to know what the wind, the waves and current were like at each location and each point to compute how it would push the debris."

Without a better idea of its exact path, Centurioni said investigators now might be forced to expand their search area even more.

"The area they are searching is a possibility but there may be other possibilities," he said. "It is a big ocean. That is the bottom line."