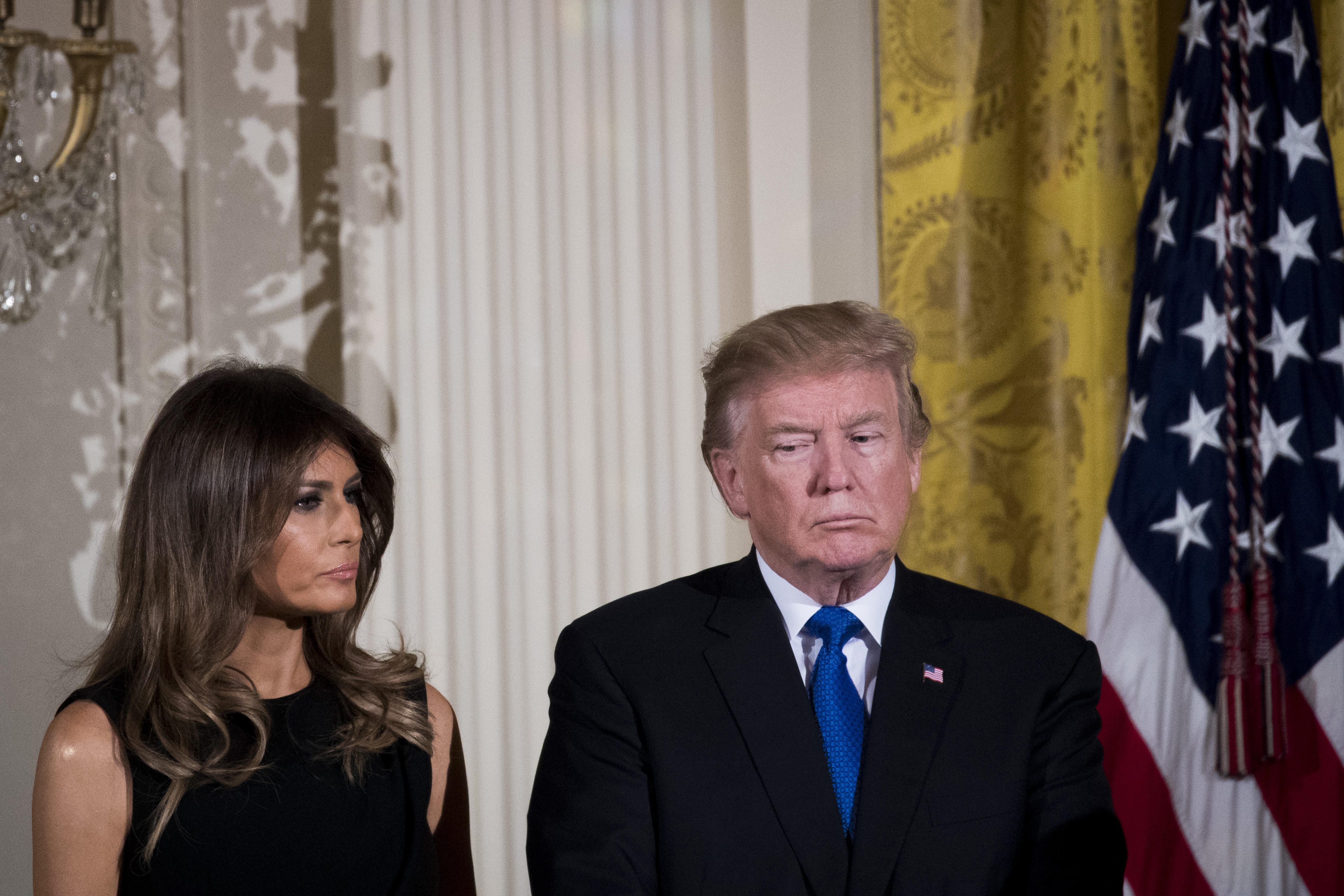 First lady Melania Trump is set to attend President Trump's first State of the Union address after keeping her public appearances to a minimum this past week. Her attendance at Tuesday's night's speech will mark the first public outing she's made with her husband since canceling arrangements to attend the World Economic Forum in Davos, Switzerland.

While her trip to Switzerland had been on her public schedule, the first lady's press office said there were "too many scheduling and logistical issues," so she would not be traveling to Davos.

As her husband addressed the global economic summit, Mrs. Trump spent Thursday visiting the U.S. Holocaust Memorial Museum back in D.C. in advance of International Holocaust Remembrance Day, which was Saturday.

"My thoughts and prayers are with the people whose lives and families were broken by the horrors of the Holocaust," the first lady said in a statement. "My heart is with you, and we remember."

The first lady later tweeted that the visit was "a powerful & moving tour that honors the millions of innocent lives lost, and educates us on the tragedies and effects of the holocaust."

Following her trip to the museum, according to reports by local media, the first lady left for the Trumps' Mar-a-Lago estate in Palm Beach, Florida. The Palm Beach Post reported that a plane usually used by the first lady had landed at Palm Beach International Airport on Thursday afternoon.

Her no-show in Davos also came on the heels of the celebration of the couple's 13th wedding anniversary as well as the anniversary of her husband's inauguration, which she marked with a social media post featuring a photo of herself holding the arms of a service member at the 2017 ceremony.

While Mr. Trump has not commented on the accusations leveled against him, Vice President Mike Pence told The Associated Press during a visit to Jerusalem that the reports of the affair were "baseless allegations." Mr. Trump's attorney, Michael Cohen, also denied there was any relationship between the two.

The New York Times reports that Mrs. Trump was furious and blindsided by the story first reported by the Wall Street Journal, which said the alleged affair took place when Mrs. Trump was pregnant with her son Barron.

Aides to the first lady tell the Times that she's now focusing on her role and her family in light of the revelations.

As the president delivers his address, Mrs. Trump will be seated with several special guests, including a factory worker who the White House says benefited from the president's tax overhaul plan, the families of two girls killed by MS-13 gang members and a member of the U.S. Marine Corps wounded while deployed in Iraq.