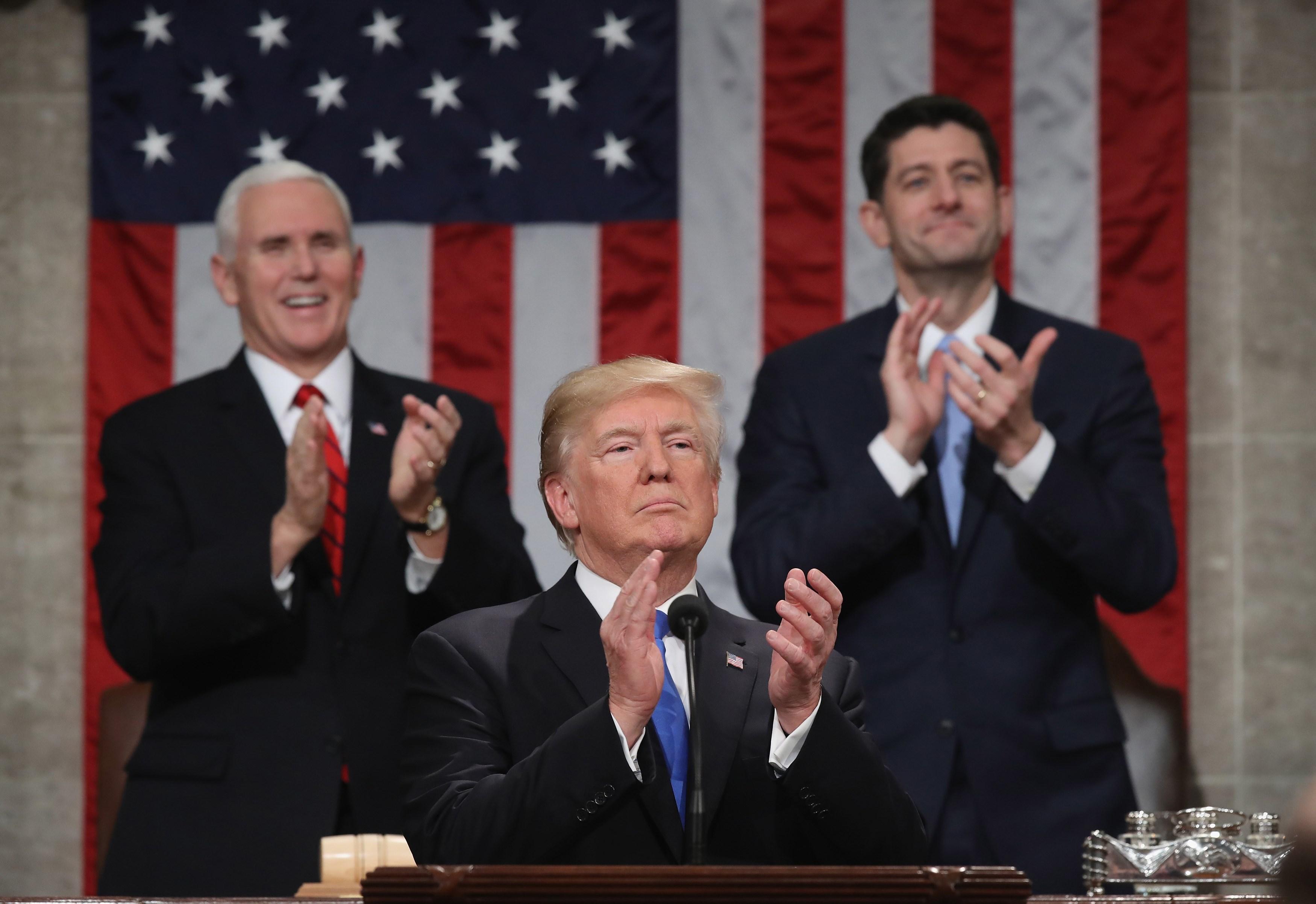 President Trump received more than 110 rounds of applause and more than 70 standing ovations during Tuesday's State of the Union, according to CBS News analysis. Approximately 29.75 minutes (1,785 seconds) of the speech spent was spent applauding.

The Democrats often remained seated during the applause, although there were bipartisan ovations for some of the State of the Union guests.

Mr. Trump spoke about Ji Seong-ho, who escaped North Korea, as well as Otto Warmbier, whose parents attended. Mr. Trump also pointed out the families of two  MS-13 gang members, and an Ohio welder who is investing his tax cut bonus for his family.

Republicans in the audience enthusiastically applauded the tax overhaul and the new immigration plan.

Mr. Trump's speech clocked in at 1:20:29. According to CBS News White House correspondent Mark Knoller, that made it the third-longest State of the Union. The speech was only shorter than the famously loquacious Bill Clinton, whose 1995 and 2000 speeches were both longer.

Trump calls out North Korean offenses during State of the Union