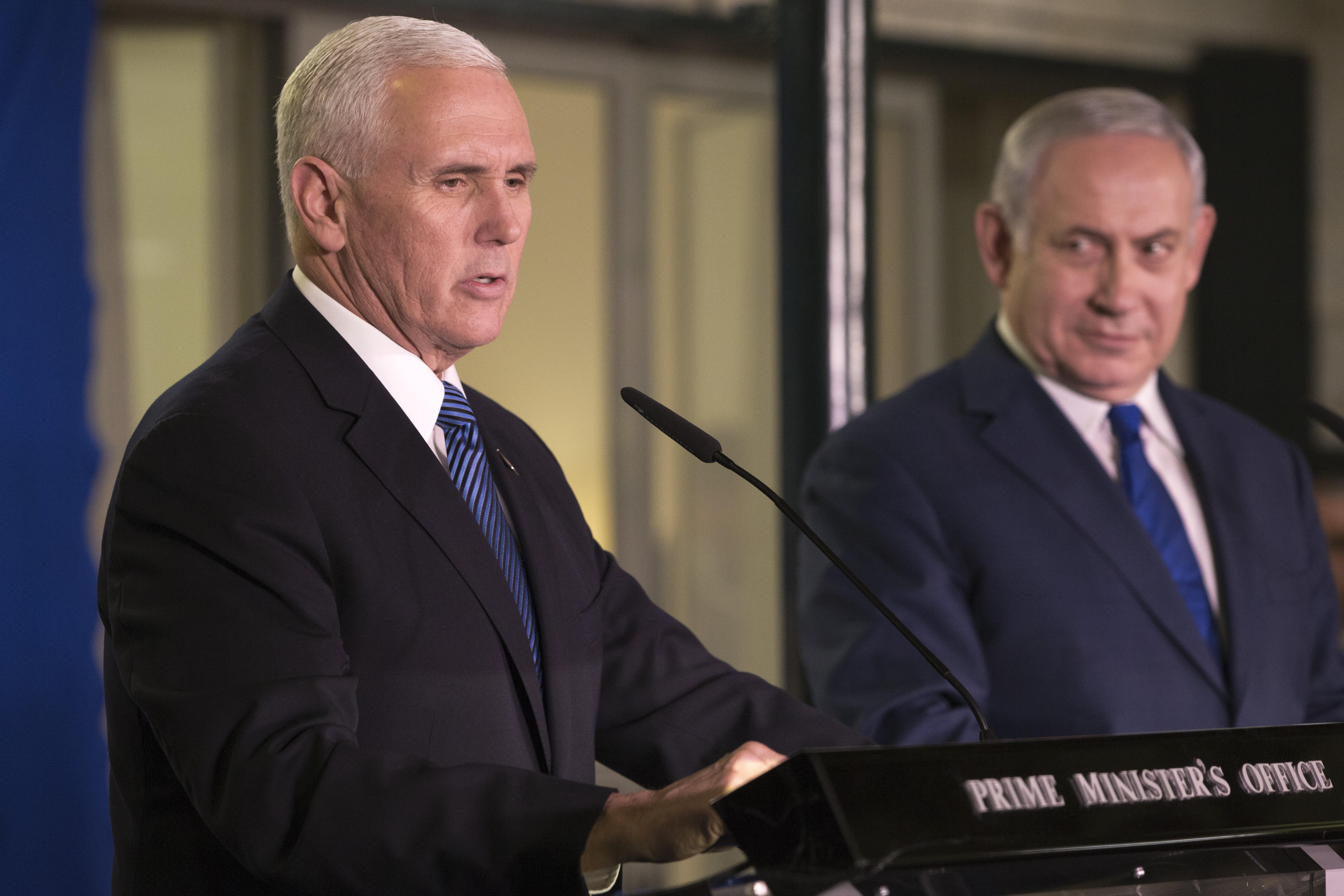 Pence spoke to The Associated Press during a visit to Jerusalem on Monday. He said he was "not going to comment on the latest baseless allegations against the president."

The Wall Street Journal reported that Mr. Trump's personal lawyer brokered a payment to pornographic actress Stormy Daniels in October 2016 to prohibit her from publicly discussing the alleged affair before the presidential election.

Daniels' real name is Stephanie Clifford. Mr. Trump's attorney, Michael Cohen, has denied there was any relationship. He gave the Journal a statement from "Stormy Daniels" denying receiving "hush money."

The AP reported that a tabloid magazine held back from publishing her 2011 account of the alleged affair after Cohen threatened to sue.

In that same interview, Pence also defended Mr. Trump over his disparaging comments about immigrants from Africa and Haiti.

Pence told the AP that he "knows the president's heart." He says Mr. Trump is determined to implement a merit-based system that encourages immigration by those who will "contribute to a growing American economy and thriving communities" and one that does not take into account the immigrants' "race or creed."

During a joint statement with Prime Minister Benjamin Netanyahu later on Monday, Pence also addressed the Senate's compromise to reopen the federal government which was reached on day three of the government shutdown.

"Let me say we welcome the news that thanks to the firm stand taken by President Trump and House and Senate Republicans, the government shutdown in Washington, D.C. is coming to an end."

He added, "The Schumer shutdown failed. The government is reopening, congress can get back to work advancing the president's agenda."

Pence had urged members of congress during his overseas trip to the Middle East to reach a deal over funding of the federal government, saying the Trump administration was "not going to put up with it."

As Pence spoke to troops stationed near the Syrian border, he continue to slam Congressional Democrats for "playing politics with military pay."

"You and your families shouldn't have to worry for one minute whether you are going to get paid as you serve in the uniform of the United States," Pence said.

He added, "We aren't going to re-open negotiations on illegal immigration until they re-open the government and give you our soldiers and your families the benefits and wages you've earned."

Prime Minister Netanyahu joked to Pence before departing for dinner, "You're all invited to our budget deliberations in the Knesset in the coming weeks."

Earlier,  Pence delivered remarks to the Knesset where he reaffirmed the United States' commitment to its long-held ally in the region and announced the move of the U.S. embassy in Israel would be taking place next year ahead of schedule.

Pence is set to pay a visit to Israel's Holocaust memorial Yad Vashem and the Western Wall during his final day in Israel.

The visit, initially scheduled for December before being postponed, is the final leg of a trip that has included talks in Egypt and Jordan.