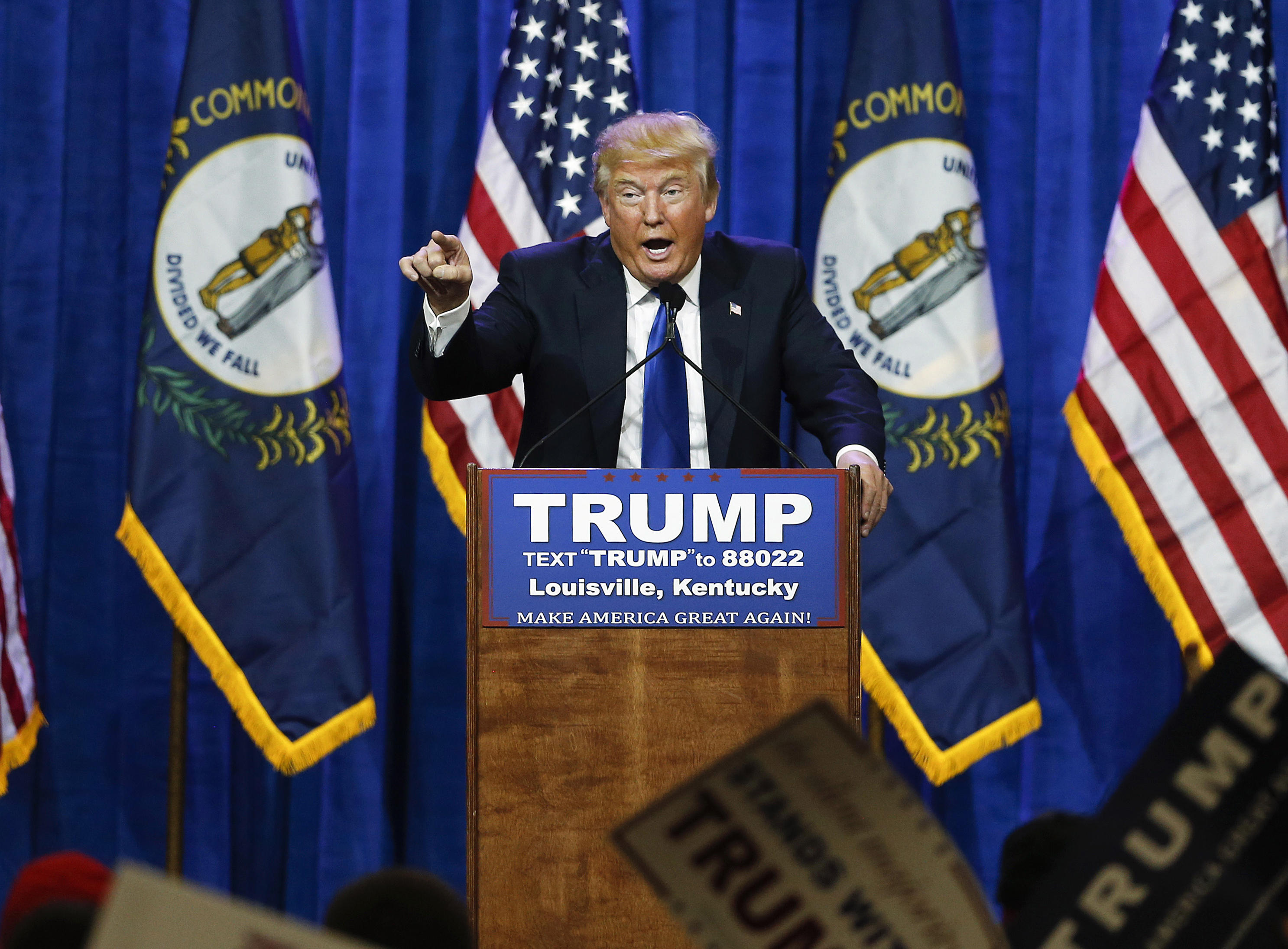 LOUISVILLE, Ky. -- Another man accused of assaulting protesters at a Donald Trump campaign rally in Louisville last year has countersued the president, saying he was following Trump’s urging to remove them.

Matthew Heimbach, who the Southern Poverty Law Center says is a white nationalist “considered by many to be the face of a new generation of white nationalists,” is being sued over his alleged actions at the March 1, 2016, rally. In a counter claim filed Monday in federal court, Heimbach says he was relying “on Trump’s authority to order disruptive persons removed,” according to WDRB-TV.

In his court filing, Heimbach said he “relied on Trump’s authority to have disruptive persons removed and that Trump was legally within his rights to have other attendees assist in defending their constitutional rights against ‘protesters.’”

Another defendant at the rally, Alvin Bamberger, filed a counter claim on Friday, saying that he acted on Trump’s “urging and inspiration.”

Three people who claim they were assaulted at the Trump rally filed a lawsuit last year against Trump, his campaign, Heimbach and Bamberger. They say they were shoved and punched by audience members at Trump’s command. Video widely broadcast during the campaign showed Trump pointing at protesters and repeating the words “get them out.”

The three plaintiffs have said that they went to the rally to demonstrate against what they called Trump’s hateful speech, CBS affiliate WLKY reported last year after the lawsuit was filed.

“I was there because I am opposed to the speech, hateful speech, that Donald Trump feels so comfortable spewing,” said Kashiya Nwanguma, one of the plaintiffs, who was pushed in the video that went viral. “It’s like, very dangerous, I believe. That’s why I was there, because I feel what he is saying is very dangerous.”

Trump’s attorneys responded in a court filing Friday that Trump is immune as president from such suits. They also say the protesters waived their right to sue by buying tickets to the event, and they deny that Trump was urging the crowd to take action by repeatedly saying, “get them out of here.”

A federal judge declined Trump’s preliminary request to dismiss the lawsuit, ruling on April 1 that there’s ample evidence that could be seen as supporting allegations that the protesters’ injuries were a “direct and proximate result” of Trump’s actions. The judge also noted that the Supreme Court has ruled out constitutional protections for speech that incites violence.