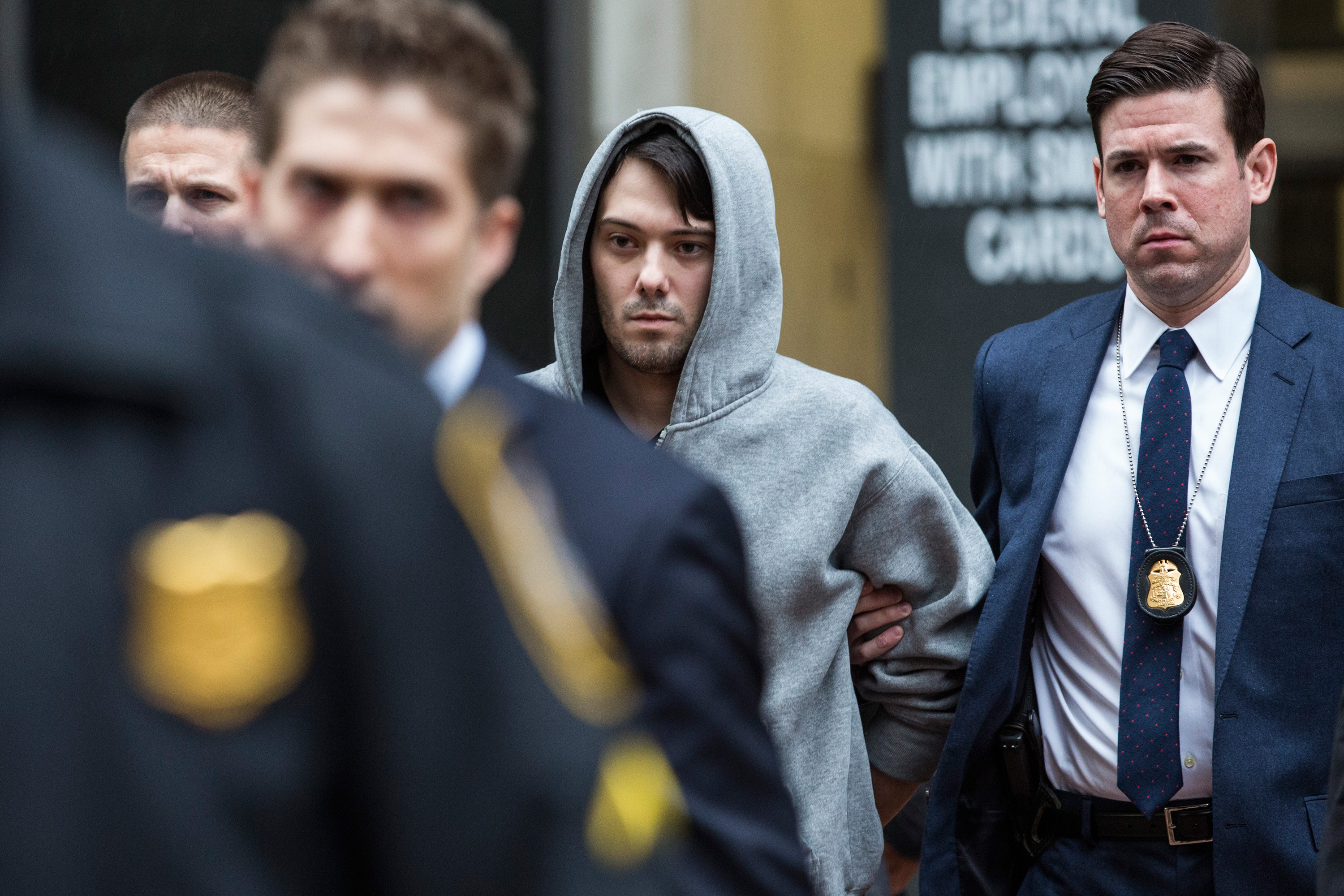 Martin Shkreli, the hedge fund manager and drug company CEO who became a poster boy for Wall Street greed when he raised the cost of a life-saving pill from $13.50 to $750, has been arrested on securities fraud, CBS News has confirmed.

A law enforcement source confirmed that Shkreli was arrested by the FBI at his home in Manhattan Thursday on security fraud charges, CBS News senior investigative producer Pat Milton reports. He is being processed at FBI headquarters in New York and is expected to be arraigned later today in Federal Court in Brooklyn.

Shkreli, the CEO of Turing Pharmaceuticals and KaloBios Pharmaceuticals, is accused of illegally taking stock from a biotech company he founded to pay off debts from unrelated business transactions, according to Bloomberg.

Shkreli became a lightning rod in September when he raised the cost of Daraprim by 5,000 percent. Daraprim, the common name for the drug pyrimethamine, is the only medication for treating toxoplasmosis, an infection contracted from cat parasites that can cause birth defects. It is also used as a co-treatment for HIV infections, some cancers and malaria.

Earlier this month, Shkreli said he regretted not increasing the price of the drug by more than he already did.

Asked by an audience member at a healthcare summit hosted by Forbes what he'd do differently if he could go back in time to before his highly criticized decision to raise the price of a 62-year-old drug, the Turing CEO replied: "I probably would have raised prices higher, is probably what I should have done. I could have raised it higher and made more profits for our shareholders. Which is my primary duty."

After the controversial price hike, Shkreli was branded "the most hated man in America."

While Shkreli acknowledged that the move might look "greedy," he told CBS News correspondent Don Dahler in September that there were "a lot of altruistic properties to it."

"This is a disease where there hasn't been one pharmaceutical company focused on it for 70 years. We're now a company that is dedicated to the treatment and cure of toxoplasmosis. And with these new profits we can spend all of that upside on these patients who sorely need a new drug, in my opinion," he said.

After the outcry in September over Daraprim, Shkreli said the company would reduce the $750-a-pill price. Last month, however, Turing reneged on its pledge. Instead, the company is reducing what it charges hospitals for Daraprim by as much as 50 percent. Most patients' co-payments will be capped at $10 or less a month. But insurance companies will be stuck with the bulk of the tab, potentially driving up future treatment and insurance costs.

The uproar over Turings' pricing actions and similar moves by other companies helped start government investigations, proposals by politicians to fight "price gouging," heavy media scrutiny and a drop in stock prices for biotech companies.

However, the price of KaloBios Pharmaceuticals shares surged from around $2 to above $40 after the struggling cancer drug developer named Shkreli chairman and CEO in November. The South San Francisco, California, company had been winding down operations when Shkreli and the group swooped in to take control and committed to a $10 million equity financing facility.

Shares of KaloBios Pharmaceuticals Inc. shed more than half their value, or $12.56, to $11.03 in early trading Thursday.

In an August civil lawsuit in Manhattan federal court, Retrophin sued its founder, Shkreli, seeking $65 million in damages and disgorgement of Shkreli's compensation from the company.

It said Shkreli repeatedly breached his duty of loyalty to Retrophin, which was formed in March 2011, by using his control of the company to enrich himself and to pay off the claims of financial fund investors he had defrauded.

The lawsuit said he obtained over $5.6 million in cash or Retrophin shares through his schemes and obtained the use of over two million shares of Retrophin, which were worth over $59 million last summer.