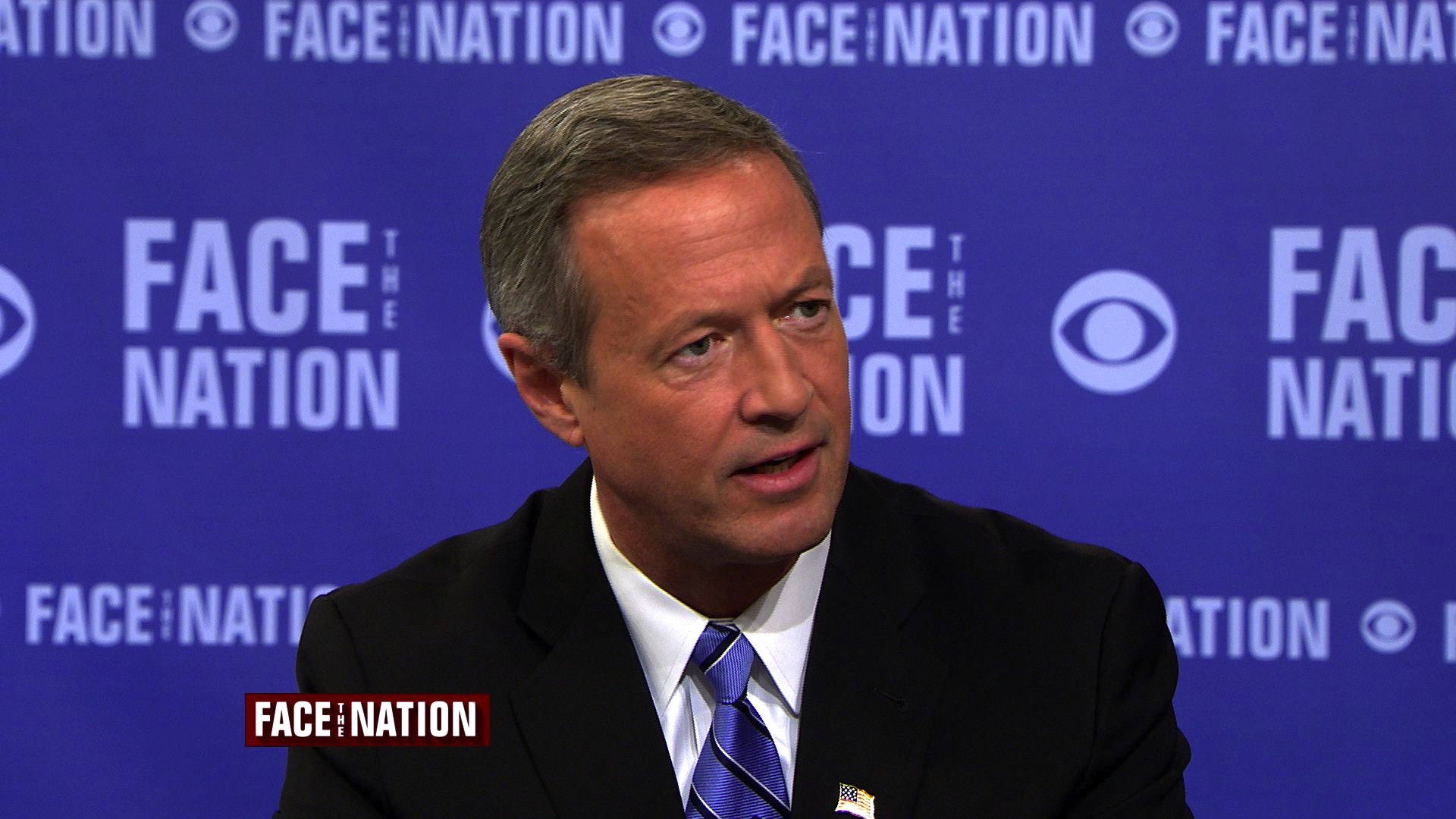 When it comes to questions surrounding former Secretary of State Hillary Clinton's email practices Martin O'Malley, one of the people challenging her for the Democratic presidential nomination, says he'll leave that to the press.

"You have a legitimate question to ask and Secretary Clinton and her lawyers can answer it," O'Malley, the former Maryland governor, told "Face the Nation" moderator John Dickerson on Sunday. "From my part as a candidate I intend to put out the ideas and the policies that make college more affordable for more people, that expand Social Security, that get wages to go up again for a majority of us who are working harder instead of down so that's what I'm going to talk about...and I'll leave you to ask Secretary Clinton those other questions."

But O'Malley does have a list of things he'd like to ask Clinton during the six Democratic debates that will take place between October 2015 and March 2016.

"I would ask Hillary Clinton what sort of ideas she has to make our economy work again for all of us and whether or not she has the independence to reign in the sort of recklessness on Wall Street that tanked our economy once and threatens to do it again," O'Malley said.

He said each of the candidates running for president in 2016 should have to say whether they support reinstating Glass-Steagall, the law that separated commercial and investment banks; whether they support the massive free-trade deal with Asia known as the Trans-Pacific Partnership; and whether they would build the Keystone XL pipeline. In the interview, O'Malley said he is in favor of reinstating Glass-Steagall and opposes the pipeline, and has frequently spoken out against the trade deal.

Clinton has avoided taking firm positions on those issues.

O'Malley is touting his record as the mayor of Baltimore and governor of Maryland and has argued that he has the best record of achievement of all the presidential candidates on progressive issues like improving schools, making college more affordable and strong wages for all Americans.