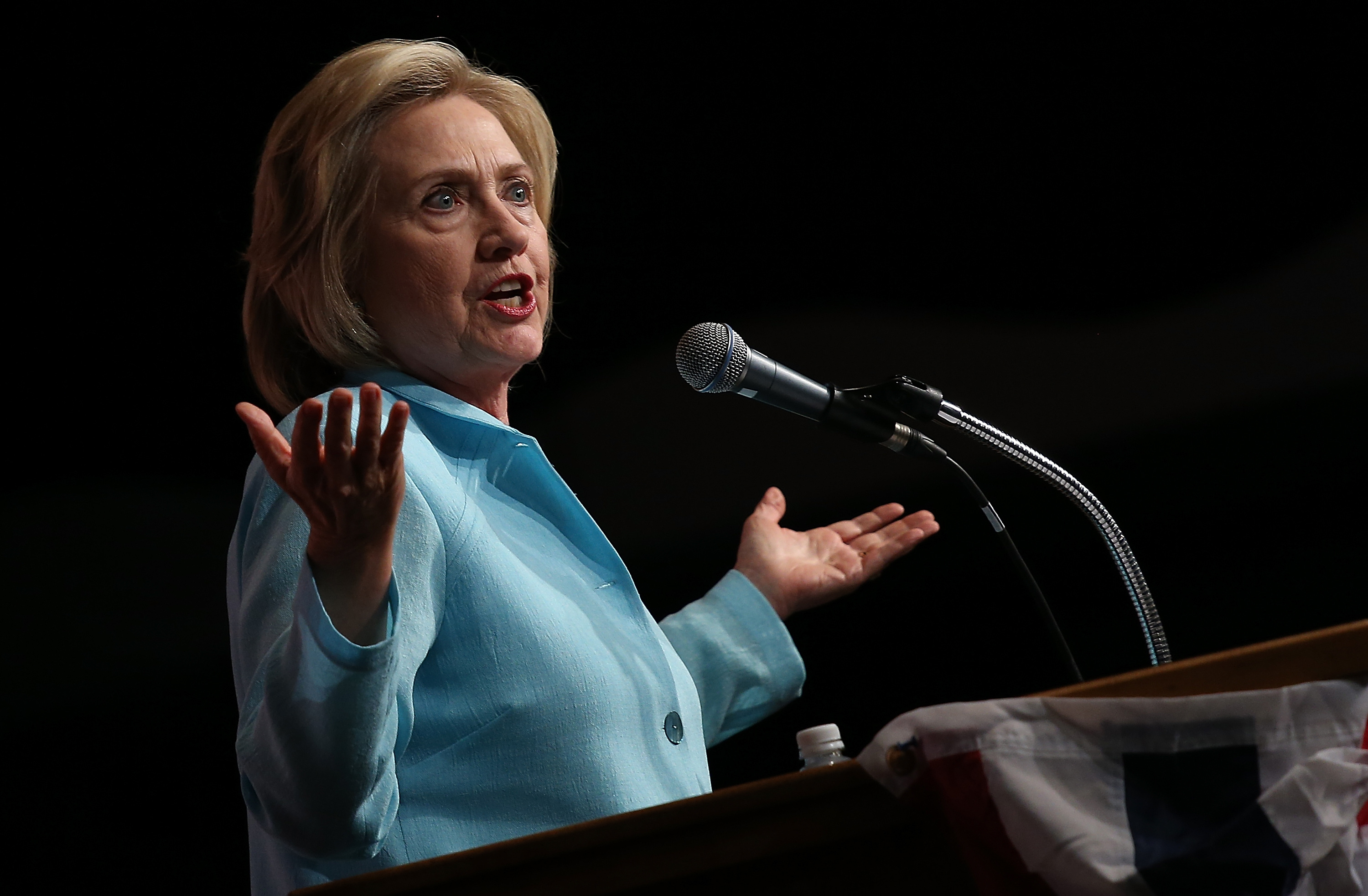 Following the revelation that four of Hillary Clinton's emails should have been marked as classified, the Democratic presidential candidate said that voters around the country have "never raised" the issue at her events.

"The State Department has confirmed that I did not send nor receive material marked classified," Clinton told reporters Saturday while on a visit to the Iowa State Fair. "This is not about me -- they have also confirmed that."

Rather, the former secretary of state said that the classification of her emails was an interagency problem that had little to do with her.

"I think there are disputes going on among agencies about what shoulda, coulda, woulda been done back four years, five, six years ago," Clinton said. "That is something for them to work out."

She stuck to her usual refrain, saying she was simply "repeating the facts" and "the facts are I did not send nor did I receive material marked classified."

The presidential hopeful added that the "partisan-ization" of her private email server use wasn't an issue that Iowans -- or any voters she's met with -- cared about.

People in Iowa are "going to want to vote for somebody that they believe will deliver results for them," she added.

CBS News learned Friday that at least one of the four emails being disputed as classified has already been released into the public domain unredacted. The State Department published the email in full during a court-mandated release of 296 Clinton emails, all relating to Libya and the 2012 Benghazi attack.

On Friday, as she lauded the benefits of social media platform Snapchat, Clinton had made light of the controversy surrounding deleted emails.

"You may have seen that I recently launched a Snapchat account," she said at a Democratic fundraiser in Iowa. "I love it. I love it. Those messages disappear all by themselves."