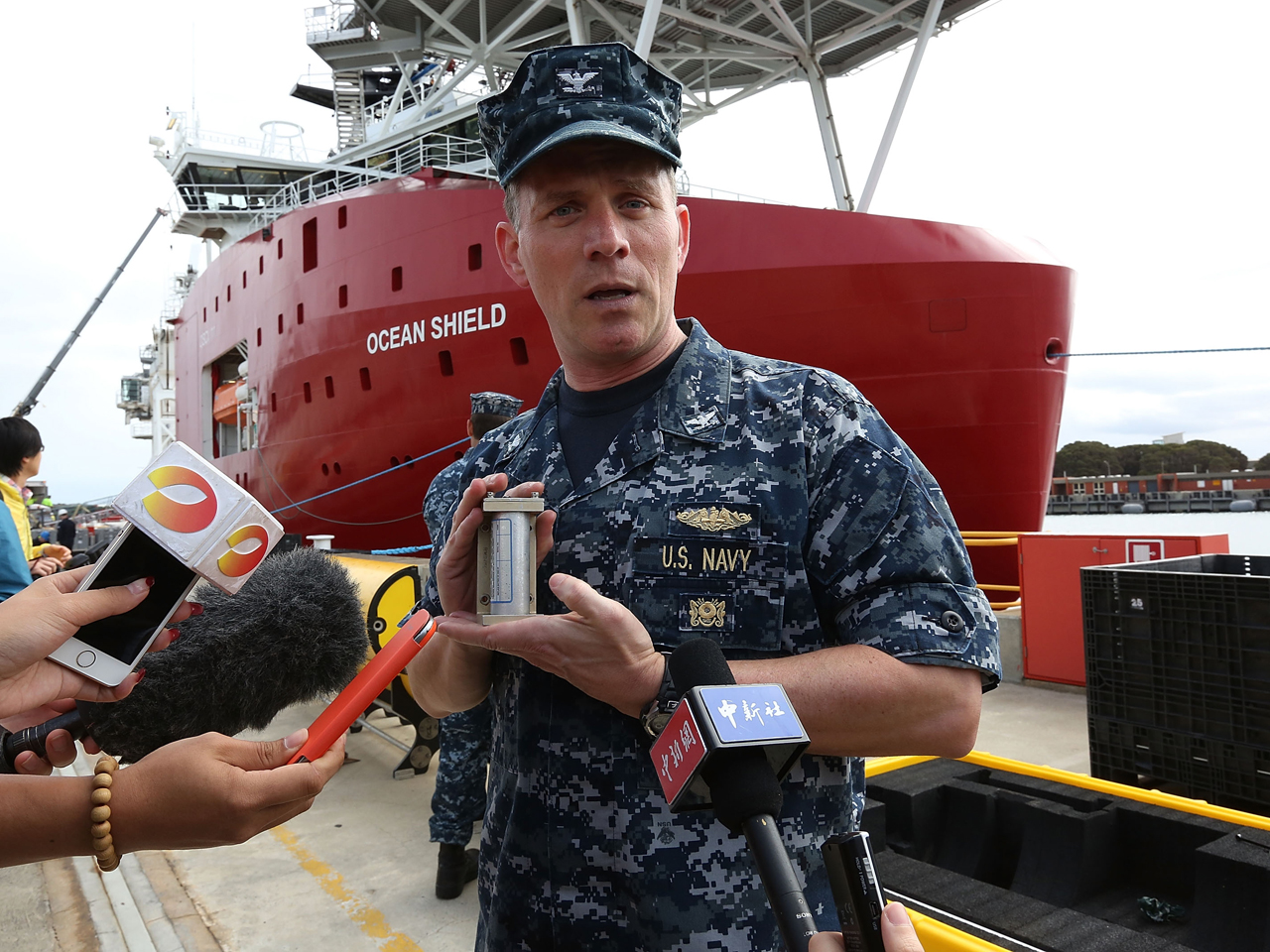 PERTH, Australia - The so-called black box, or automated flight data recorder, was invented by Australian David Warren in 1953 after he had lost his father in a plane crash as a boy.

Sixty years later, in the search for Malaysia Airlines Flight 370, Australia -- along with America and China -- has taken the lead in the race against time to try and locate the plane's wreckage somewhere across a stretch of southern Indian Ocean estimated to be an area roughly the size of Poland, about 1,150 miles to the west of Australia.

Flight 370 was last heard from on March 8. Every plane's black box is fitted with a low frequency acoustic beacon that, when activated after a crash, emits a unique, continuous "ping" for searchers to detect and has a battery life of roughly 30 days (PDF). A host of environmental factors, from depth and temperature of the water to the relative damage done to the equipment, can affect both the life of the battery and the ease of the search.

That gives the people searching for Flight 370 a little more than a week, perhaps 10 days at most, to not just pinpoint the place where a 240-foot plane went down in a roughly 200,000-square-mile area, but also find it on the ocean floor


The seafloor within the search area is covered in squishy sediment and is generally flat, save for a steep slope and trench near its southern end.

Unless the plane's fuselage went down the slope or into the trench, the underwater geography should not hinder the search. The area is dominated by Broken Ridge, a plateau where depths range from as shallow as about 2,625 feet to about 9,843 feet.

At the edge of the plateau closest to Antarctica is the Diamantina trench, which seafloor mappers have found is as deep as 19,000 feet, though it could be deeper in places that have not been measured.

The frequency acoustic beacon has a range of up to 12,000 feet, or 2.2 miles or so, and the Australian warship, the "Ocean Shield," that is supposed to leave Perth Monday is towing a U.S. Navy ping locator that has the "capability to do search and recovery operations down to a depth of 20,000 feet."

The ship's captain, Nicholas Woods, said the Ocean Shield can "stay out there for an extended period. It means we will be on location for as long as it takes to achieve a positive outcome."

Even if the locator beacon goes silent, however, the example of Air France Flight 447 should give searchers and families seeking answers some hope. Flight 447's black box was found roughly two years after it went down at a depth of 2 miles.

Data on Flight 370's black boxes may help investigators solve what has become one of aviation's big mysteries - what happened to Flight 370, with speculation ranging from equipment failure and a botched hijacking to terrorism or an act by one of the pilots.

Despite the daunting challenges of the search, Australia's prime minister said Sunday that he was hopeful a clue will emerge soon to narrow the hunt for Flight 370, as relatives of Chinese passengers on the plane protested in Malaysia to demand that the government apologize for its handling of the search for the jet.

So far, even though more ships are scouring the area off western Australia, none of the recovered items has been connected to the Malaysia Airlines plane that crashed March 8 with 239 people on board.

"My understanding from this morning is that there has been no discrete debris associated with the flight," Australian Navy Commodore Peter Leavy told reporters Sunday.

In Sydney, Australian Prime Minister Tony Abbott described the "intensifying search effort" as positive because objects "have been recovered from the ocean."

The Australian Maritimes Safety Authority said 10 planes took part in the search Sunday, leaving in staggered times from the western city of Perth. Eight ships were on the scene, including the Australian navy supply ship HMAS Success, which is to store any wreckage found.

The ships are trying to locate and identify the objects sighted by aircraft over the past two days.

Leavy, the commander of the search task force, said the operation was made more difficult because the particular area being combed is in a shipping lane and may be littered with floating objects.

AMSA said there were light showers and low clouds in the area, but not enough to disrupt the search, which is about 2 1/2 hours flying time from Perth, allowing the planes five hours to search before they have to return to base.

Among the objects spotted over the last day were three by a Chinese Ilyushin IL-76 plane that were white, red and orange, according to a report from China's official Xinhua News Agency said. The missing Boeing 777's exterior was red, white, blue and gray.

In Malaysia, several dozen Chinese relatives of passengers of Flight 370 demanded Sunday that the Malaysian government apologize for its handling of the search for the plane and for the prime minister's statement saying it crashed into the southern Indian Ocean.

Holding up banners that read "We want evidence, truth, dignity" in Chinese, and "Hand us the murderer. Tell us the truth. Give us our relatives back" in English, the group staged a protest at a hotel near Kuala Lumpur just hours after flying in from Beijing.

Two-thirds of the 227 passengers aboard the plane, which disappeared en route to Beijing from Kuala Lumpur, were Chinese, and China has urged Malaysia to be more open about the investigation.

One of the relatives, who gave only his surname, Xu, said they want to meet officials "at the very highest levels."

Malaysia Airlines released an official statement Wednesday saying that "it will be making arrangements to fly family members to Perth, only once it has been authoritatively confirmed that the physical wreckage found is that of MH370. Arrangements will be made as soon as the relevant government agencies have provided clearances for Malaysia Airlines to bring family members to the site where aircraft wreckage will be kept."

Newly analyzed satellite data shifted the search zone on Friday, raising expectations that searchers may be closer to getting physical evidence that the plane crashed into the Indian Ocean. The change came after analysts determined that the Boeing 777 may have been traveling faster than earlier estimates and would therefore have run out of fuel sooner.

That would narrow the hunt for the wreckage and the plane's black boxes, which should contain clues to what caused the plane to be so far off-course.

An Australian warship with an aircraft black box detector was set to depart Sunday to join the search. It will still take three to four days for the ship, the Ocean Shield, to reach the search zone - an area roughly the size of Poland about 1,150 miles to the west of Australia.

"The ship will take part in the surface search until the debris is positively identified and an underwater search area is then predicted," U.S. Navy Captain Mark Matthews told reporters in Perth.

The Ocean Shield will be equipped with a black box detector - the U.S. Navy's Towed Pinger Locator - and an unmanned underwater vehicle, as well as other acoustic detection equipment.