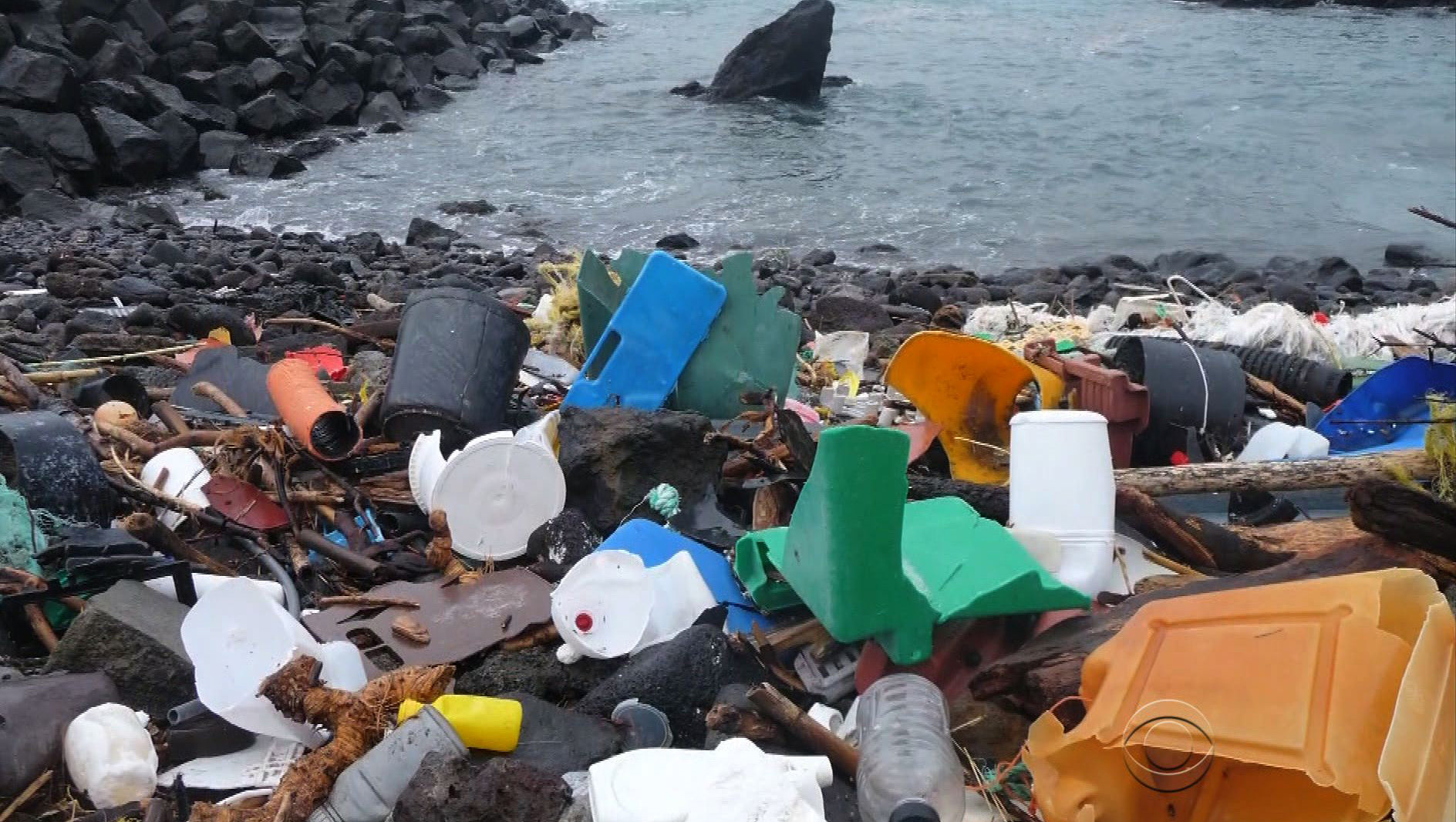 "I think it is highly likely that it is trash and not evidence of the plane," he said.

Search flights were cancelled for Thursday due to bad weather in the search zone in the southern Indian Ocean, a U.S. Navy officer told Reuters.

"The forecast in the area was calling for severe icing, severe turbulence and near zero visibility," the news agency quotes Lt. Commander Adam Schantz as saying. He'd the officer in charge of the U.S. Navy Poseidon P8 aircraft detachment.

"Anybody who's out there is coming home and all additional sorties from here are cancelled," he said.

Moore has been studying ocean trash for nearly 20 years at the Algalita Marine Research Institute in Long Beach, Calif.

"The ocean has the distinction of being downhill from everywhere on earth. If you are looking to find out where trash comes from, you just have to look at the land," he said.

Massive amounts of debris washed into the ocean during the 2011 Japanese tsunami, some drifting as far as California and Oregon, where a 66-foot dock washed up on a beach.

Moore says it's possible but unlikely that debris from the Japanese tsunami made it to the Indian Ocean, but the 2004 tsunami in Indonesia -- which is in the Indian Ocean -- is another story.

"The debris from the Banda Aceh tsunami may easily have gotten to this part of the ocean and could be floating around here 10 years later because plastic is so persistent in the ocean. It doesn't biodegrade, it doesn't rust," he said. And it's not just plastics.

Like the container that disabled Robert Redford's sailboat in the recent movie "All Is Lost."

All that trash, Moore says, makes the difficult job of finding a plane at sea even harder.

Moore estimates that there are 200 million tons of debris in the ocean now and another 15 million tons being added every year.