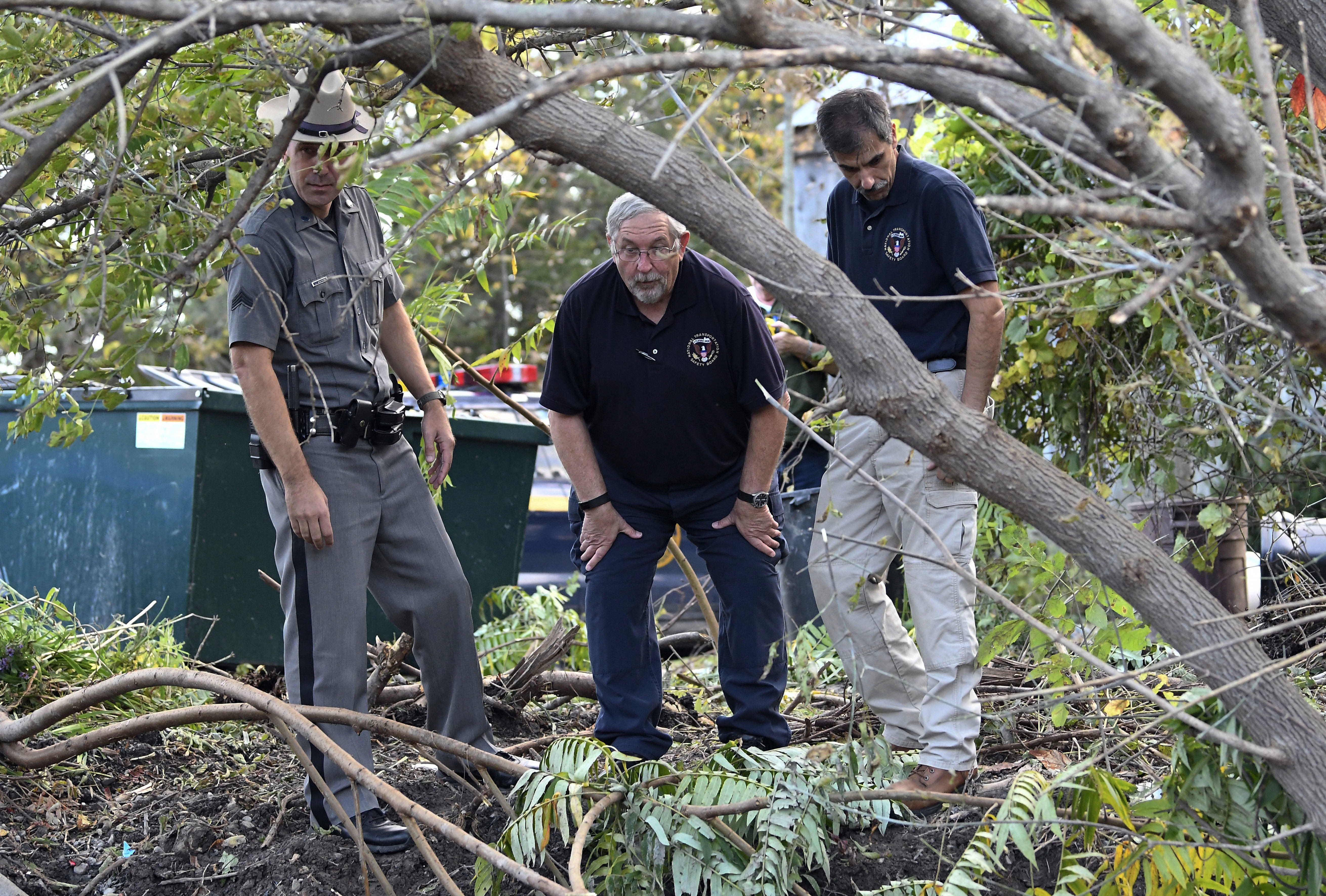 SCHOHARIE, N.Y. -- The site of a devastating accident that killed two pedestrians and 18 occupants of a limousine headed to a birthday party, including four sisters, is a known danger spot that has long worried locals, according to a manager of the store that sits at the intersection where the accident happened.

The intersection had been redone in 2008 because of a fatal accident there, said Jessica Kirby, managing director of the Apple Barrel Country Store and Cafe, an institution in Schoharie and among the legions of leaf-peepers who take to the roads of upstate New York each autumn.

Since the reconstruction, three tractor-trailers have run through the same stop sign authorities said the limo blew and into a field behind her business, she said. Officials worked with the state to outlaw heavy trucks, she said, but there are still accidents.

"More accidents than I can count," she said in an email. "We have been asking for something to be done for years."

Gov. Andrew Cuomo released a statement Sunday saying he has "directed state agencies to provide every resource necessary to aid in this investigation and determine what led to this tragedy."

Autopsies were being performed; authorities didn't say whether the limo occupants were wearing seat belts or give the speed of the limo.

Sources tell CBS News the limo began its trip in Saratoga, N.Y. and was headed for Cooperstown, N.Y., home of the Baseball Hall of Fame.

Relatives said the limousine was carrying four sisters and their friends to a 30th birthday celebration for the youngest.

"They did the responsible thing getting a limo so they wouldn't have to drive anywhere," their aunt, Barbara Douglas, said Sunday. She did not want to name them publicly but added: "They were wonderful girls. They'd do anything for you and they were very close to each other and they loved their family."

"She was a beautiful, sweet soul; he was, too, they were very sweet," Abeling said. "They were two very young, beautiful people" who "had everything going for them."

The 2001 Ford Excursion limousine was traveling southwest on Route 30 in Schoharie, about 170 miles north of New York City when it failed to stop at a T-junction with state Route 30A, state police said. It went across the road and hit an unoccupied SUV parked at the Apple Barrel Country Store, and two pedestrians.

The crash appeared to be the deadliest land-vehicle accident in the U.S. since a bus ferrying nursing home patients away from Hurricane Rita caught fire in Texas 2005, killing 23.

And it's believed to be the deadliest transportation accident overall since February 2009, when a plane crash near Buffalo, New York, killed 50 people, said Robert Sumwalt, chairman of the National Transportation Safety Board, which is investigating.

The Apple Barrel's Facebook page on Sunday reflected the concern around the accident in the tight-knit community.

"Yes, are open today. And could use your hugs," it read. "We are doing our best to cope and grieve. We are a big family at the Apple Barrel, and part of the bigger family of Schoharie. We cope by being together. And that is why we are open."

There were just 12 crashes involving large limos in the five years for which the agency has released statistics, according to the National Highway Traffic Safety Administration.

Limousine accidents accounted for only one deadly crash out of 34,439 fatal accidents in 2016.

There was no information Sunday on the limousine, its origin or its integrity. But safety issues on such vehicles have arisen before, notably after a wreck on Long Island in July 2015 in which four women were killed.

They were in a Lincoln Town Car that had been cut apart and rebuilt into a stretch configuration to accommodate more passengers. The limousine was trying to make a U-turn and was struck by a pickup.

Limousines built in factories are already required to meet stringent safety regulations, but when cars are converted into limos, safety features are sometimes removed, leading to gaps in safety protocols, the grand jury wrote.