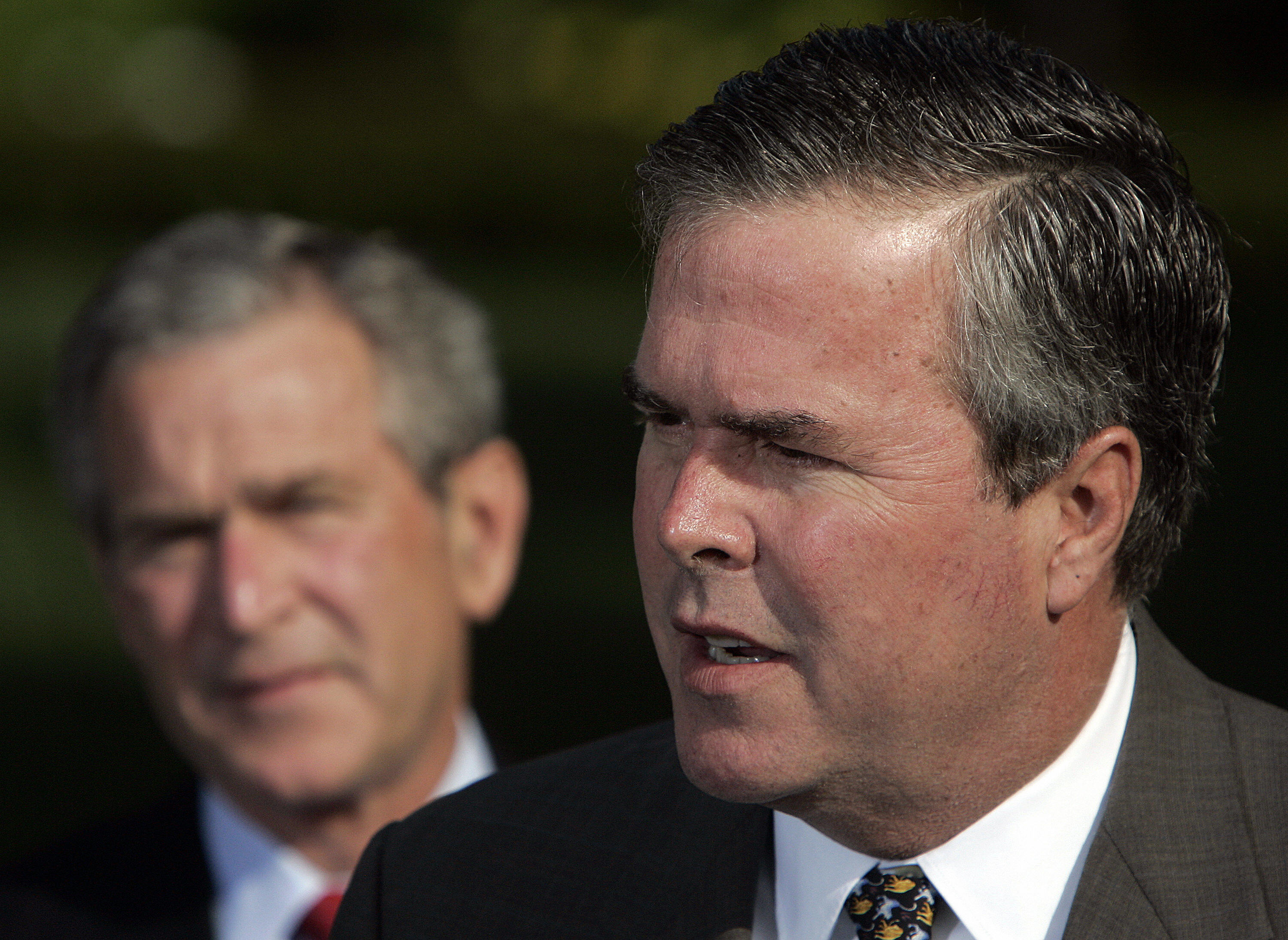 WASHINGTON --Jeb Bush's fundraising network is two generations in the making, and it shows.

About half of the roughly $120 million raised to help him win the Republican presidential nomination comes from donors who previously gave to his brother or father, both former presidents, according to a new analysis of Federal Election Commission records by Crowdpac.com, a nonpartisan political research company.

The finding puts a numerical exclamation point on the advantage Bush's presidential family gives him when it comes to fundraising.

One such Bush family stalwart is Dirk Van Dongen, president of the Washington-based National Association of Wholesaler-Distributors. Van Dongen said he is one of a "huge" network of volunteer fundraisers - called "bundlers" because they gather checks from friends and associates to turn over to campaigns - who sprang to action when the former Florida governor said at the beginning of the year that he was thinking about running.

"It is a vast network built over decades and it has grown even larger since Gov. Bush announced his candidacy," he said. "No other Republican candidate comes close to matching it."

Indeed, the money raised in the first six months of the year by Bush's campaign, leadership political action committee and super PAC is more than double that of anyone else in the 17-person Republican primary race.

Bush invited donors who raised at least $27,000 in the first two weeks of his campaign to a retreat last month at his family's property in Kennebunkport, Maine. About 300 of those donors mingled with the candidate and his top strategists in what attendees said had the feel of a family reunion, complete with Jeb Bush's parents as special guests.

Both the campaign and super PAC emphasize their success with new donors.

A spokesman for the super PAC Right to Rise, Paul Lindsay, said it has a "depth of support and diversity among our donors that spans many regions and backgrounds."

"The response you hear from donors, including those who have given to previous GOP presidential candidates, is that they want to back a winner and they believe Jeb is the best candidate in the field," Lindsay said.

Crowdpac, a year-old start-up based in Menlo Park, California, built a database that includes FEC and state-level campaign finance records. The federal contribution data it includes dates to 1980. Typically, federal donors are identified if they have contributed at least $200 per election cycle. Contributor information at the state level varies.

The company also examined two other 2016 candidates with presidential campaign trailblazers in their families.

Democratic front-runner Hillary Rodham Clinton and groups supporting her bid raised about $9 million, or 16 percent of their total receipts, from people who also donated to President Bill Clinton.

Republican contender Rand Paul is receiving candidacy-sustaining financial firepower from his father's donors: More than half the $8.9 million in pro-Rand Paul money that Crowdpac analyzed came from people who'd given to former Rep. Ron Paul, R-Texas, who most recently ran for president in 2012.