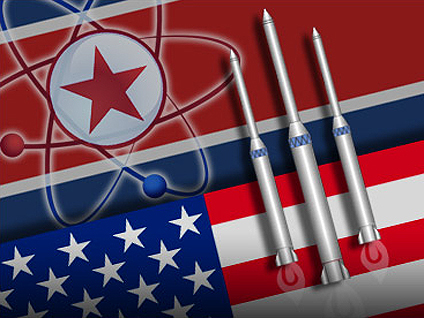 WASHINGTON - The death of North Korean leader Kim Jong Il could put a brake on talks ultimately aimed at getting the secretive communist state to give up its nuclear weapons in exchange for desperately needed food aid.

Progress had been made in months-long diplomatic talks which would have seen the United States donate a large amount of food aid in exchange for North Korea suspending their uranium enrichment program, but that deal is now in jeopardy and could be delayed, a senior administration official told CBS News chief White House correspondent Norah O'Donnell.

Kim Jong Un, the supreme leader's untested third son and successor, is unlikely to risk any step that could be construed as weakness as he seeks to consolidate control.

Even before his father's death, the United States and others have said they viewed the power transition as a dangerous time -- when the ascendant Kim Jong Un could seek to demonstrate his leadership credentials through martial and provocative actions, such as a military attack on South Korea or a nuclear test.

South Korea's Yonhap news agency reported that the North conducted at least one short-range missile test on Monday, just hours after announcing the death of the nation's leader. Two unidentified South Korean military officials, while not confirming the report, said the test would be part of a routine drill and have little to do with Kim's passing.

Kim Jong Un was first brought into public view in September 2010, when his father put the 20-something in high-ranking posts. In power, he faces daunting challenges.

As the authoritarian dynasty enters its third generation, North Korea is struggling to feed its own people and has recoiled from reform of its struggling command economy. Despite rising trade and cooperation with chief foreign backer China, the nation's very future is in doubt.

"The most likely scenario for regime collapse has been the sudden death of Kim (Jong Il). We are now in that scenario," said Victor Cha, a former U.S. National Security Council director for Asian affairs.

The White House's initial, brief reaction to the North Korean state media report of Kim Jong Il's death Saturday from a heart ailment emphasized regional security, saying that the U.S. was in close touch with its allies, South Korean and Japan.

"We remain committed to stability on the Korean peninsula, and to the freedom and security of our allies," a statement said.

The Obama administration has taken a cautious path in dealing with North Korea over the past three years, since Pyongyang pulled out of six-nation aid-for-disarmament talks in 2009.

Shortly after the North announced its withdrawal, it conducted its second nuclear test, following its first in 2006.

In 2010, the North upped the ante even further.

In moves that some experts speculated was linked to Kim Jong Un's rise to power, a South Korean submarine was sunk and a South Korean island came under artillery fire -- seemingly unprovoked attacks within months of each other that left 50 people dead and almost pitched the heavily militarized Korean peninsula into war.

And underscoring the North's intent to develop its nuclear deterrent further, it unveiled a uranium enrichment facility that gave it a second way of generating fissile material to put in an atom bomb.

Only in July 2011, when North-South tensions had eased, did the U.S. revive direct negotiations with Pyongyang, a prelude to a possible resumption of the six-nation talks, that also include China, Japan, Russia and South Korea.

While there's little expectation that the North Korean regime would agree to give up its nuclear deterrent -- which it probably views as key to its very survival -- the U.S. hopes that talks could help slow the weapons' development and discourage future provocations.

In the past five months, the diplomatic track has yielded little in the way of concrete results, but it had, at least, gathered some momentum.

Washington has held two rounds of exploratory talks and a third round appeared imminent. The U.S. appeared ready to resume badly needed food aid that Pyongyang requested nearly a year ago. U.S. officials discussed the monitoring of the possible assistance with North Korean officials during two days of meetings in Beijing last week.

While Washington would deny any connection, food aid could serve as a sweetener for getting the North to agree to terms for a resumption of the disarmament talks, such as a moratorium on nuclear and missile tests, and opening up its nuclear facilities to outside inspection.

But with Kim Jong Il's death, negotiations with the United States -- which retains about 28,000 troops across the border in South Korea -- are likely to be put on hold, as the North enters months of intense mourning for the Dear Leader, and rising uncertainty.