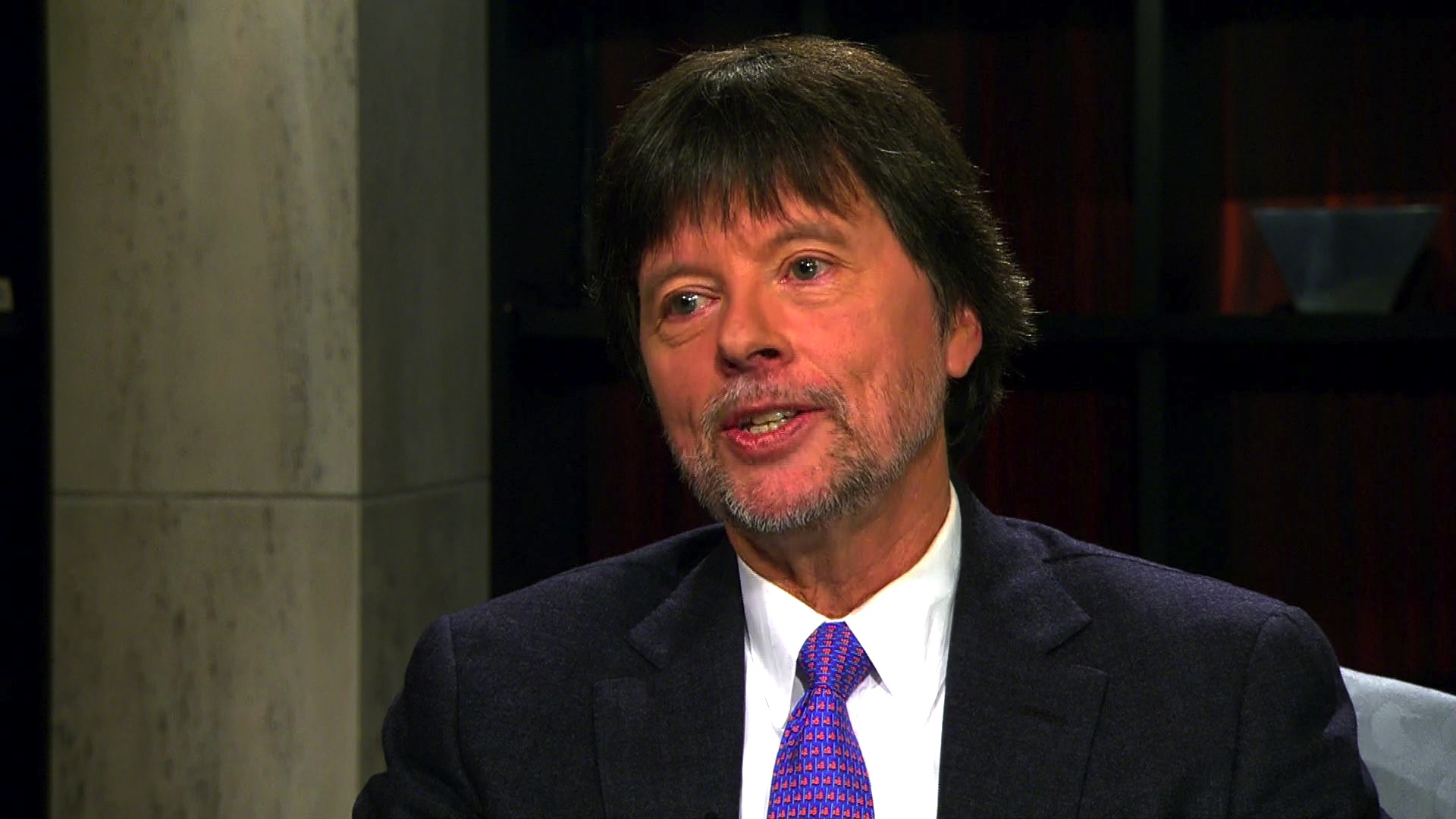 When documentary filmmaker Ken Burns began the process of converting his renowned film, "The Civil War," to ultra high definition, he said he burst into tears as he saw new details in the footage he had come to know so well.

"It also reminded me of the centrality of this event. It's okay to tie pretty bows, it's okay to go into makeup and get yourself camera ready as what we've done for a new age with this. It's another thing to understand and come to terms with the centrality of this event. And it's occupying all the films that I'm working on now," he said in an interview with CBS' "Face the Nation" that aired Sunday.

Nearly 39 million people saw "The Civil War" when it first aired on PBS in 1990. The ultra high definition version will air on PBS for five nights starting Sept. 7.

Burns said the central theme of his work is freedom, including the tensions of individual freedom versus collective freedom and state's rights versus the federal government.

"All of these tensions have been in place since the very beginning, even before the beginning. But we also notice that race is always there," he said. "We pretend with the election of Barack Obama that we're in some post-racial society. And of course, you know, we're not."

He referenced the "birther" movement - people, including Republican presidential candidate Donald Trump, who have questioned whether President Obama was born in the United States - saying it is "another politer way of saying the N-word. It's just more sophisticated and a little bit more clever."

Burns also talked about the public debate over whether the Civil War was fought over states' rights or slavery. He said that two "powerful symbols" of the Civil War in popular culture, "Birth of a Nation" by D.W. Griffith and "Gone with the Wind," portray the Ku Klux Klan as a heroic force in the story of the war.

"It's no wonder that Americans have permitted themselves to be sold a bill of goods about what happened. 'Oh, it's about state's rights, it's about nullification, it's about differences between cultural and political and economic forces that shape the north and the south,'" he said. "It is much more complicated than that -- but essentially, the reason why we murdered each other ... was over essentially the issue of slavery."

As he talked about the way Americans remember history, he recalled critics who said that no one would watch his documentary because it ran more than 11 hours over the course of five nights.

"We live in a world in which we are being buried in an avalanche of information that comes from this mere constant present moment. And if you live in the present, in a disposable present, nothing else matters. We are desperate, though, for meaning. We're desperate for curation," he said.

He said that people will forget the aggregated news they read on the Internet, but they won't forget programming - "The Civil War," "Downton Abbey" and "House of Cards" - that gets their attention.

On the modern presidency - and the way that candidates attack each other constantly during the campaign process - Burns said that the U.S. had seen low and dirty campaigns in history.

"We can sit back and exhale a little bit and go, 'Okay, the kind of circus that we see has kind of always gone on,'" he said.

The bigger problem, he said, is that "We have a media that is bigger than the ideas and the talk itself."

"If Abraham Lincoln delivered the Gettysburg Address, which is only two minutes, C-SPAN would cover it," he offered as an example. "But there'd be a stand-up ... saying, 'The president came to Gettysburg to try to distract attention from his disastrous military campaign out west.'"

He also said the U.S. is too disposable in the way it treats its leaders and condemned the fact that people make instantaneous judgments and about previous presidencies once they have concluded.

"Harry Truman said, 'The only thing that's really new is the history you don't know.' And I think in some ways that's sort of saying that it gives you, it arms you with a kind of distance that permits you to not make those rash judgments about somebody or some idea," he said.