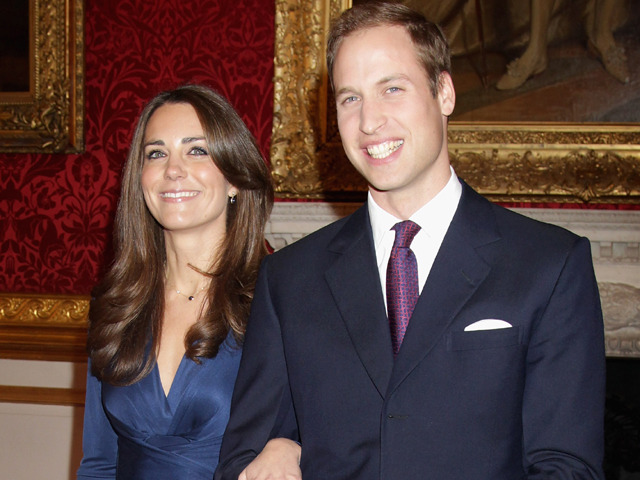 NEW YORK (CBS/AP) Kate Middleton says that Prince William's mother, the late Princess Diana, was an inspirational woman and she would have loved to meet her.

In a televised interview, Middleton said she was very nervous about meeting William's father Prince Charles and his grandmother Queen Elizabeth II, but added that they were both very friendly to her.

Middleton said Tuesday she was initially very shy about meeting William when they were both attending college at St. Andrew's, but they became very close friends early on.

She also said that they went through good and bad times throughout the eight years they were together, and came out stronger.

William told the press he is very excited about their engagement and that he is looking forward to spending the rest of his life with her.

"We're hugely excited," the British royal said Tuesday in a joint interview with his future bride.

William said the couple want a family and will start thinking about having children after the wedding next year.

Middleton added the prospect of the royal wedding is "obviously nerve-wracking."

The couple announced their engagement Tuesday after eight years of dating. The prince says he proposed to Middleton last month during a holiday in Kenya.