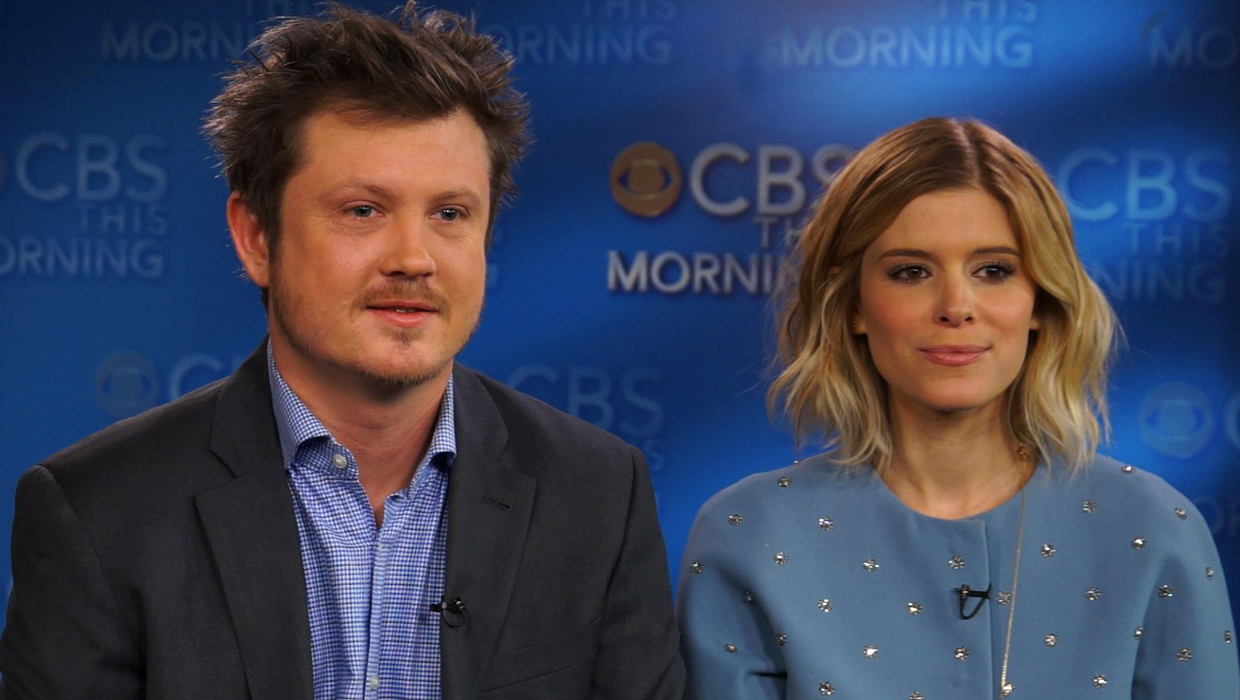 It's been a week since the second season of "House of Cards" was released online, and those who dove into the Washington drama's new crop of 13 episodes were rewarded with plotting, political intrigue and a few major surprises.

(Warning: This would be the time to avert your eyes if you're avoiding spoilers).

During the first episode of season 2, Mara's character, journalist Zoe Barnes, gets killed when power-hungry politician Frank Underwood (Kevin Spacey) pushes her in front of an oncoming train.

"It's been really interesting the reaction we've gotten about the situation with Zoe," the actress said.

Even those who have seen the original "House of Cards," where the Zoe character meets a similar fate, may have been surprised by exactly how the plot unfolded.

"A lot of people know there was an English series and a lot of people have seen it, not that [our version] is exact to what happens in that series," Mara added. "I just assumed that people would expect certain things to happen and regardless of whether or not they thought Zoe would stick around everyone's been sort of shocked by the way it happened, which is nice."

"We wanted it to feel abrupt and like it was the last thing you expected, for sure," said Willimon. "When we first started on 'House of Cards' we were working off of the BBC version, but we felt no way bound to its storyline. We saw our version as more of a reinvention than an adaptation...But [Zoe's death] was one element that we stole and I think we had diverged so much that maybe people thought it wasn't going to happen, and it was one of the advantages to having it at the beginning of season 2 is people really thought we were going to continue on in a way with this character in a different way, perhaps, than the BBC version did."

Mara recalled of filming her character's demise, "I was kind of grumpy that night. And at first I just kind of thought I was in a bad mood, and then I realized I think I was kind of mad that I had to actually do the scene. It was pretty surreal shooting that scene."

"We were shooting in an actual subway station, we could only get it off-hours. So we were shooting from midnight 'till like, five in the morning," added Willamon. "Which is always trying. But it was exciting, it was sad, it was weird...it's so tough to stick to your guns on story choices like that because you fall in love with characters, you fall in love with your coworkers, they're wonderful, hardworking people that are so committed to the show. But the story reigns supreme, ultimately."

Willimon "wanted to tell a story about a marriage, as much as anything else" -- that of Frank and Claire Underwood (Robin Wright) -- with "House of Cards." He says their union is a successful one -- even if they each condone the calculated and sometimes villainous acts the other commits.

"The reason I call it successful is because there's a deep love and trust and understanding between these two people, even if they're calculated in their ambitions," he explained. "They really get each other, and they rely on each other entirely as a source of strength and ultimately they’re two people who have decided to live life by their own rules. So they devise their own rules that work for them and I think that's what a lot of people in their marriages do."

So far, the reaction to season 2 has been "phenomenal," Willimon added. "We had high hopes, of course, we were proud of the work that we did. But you never know until you put it out into the world and to get the response that we've gotten has been extraordinary. It just motivates us more to make season 3 even better."

For more from Mara and Willimon, watch the videos above.