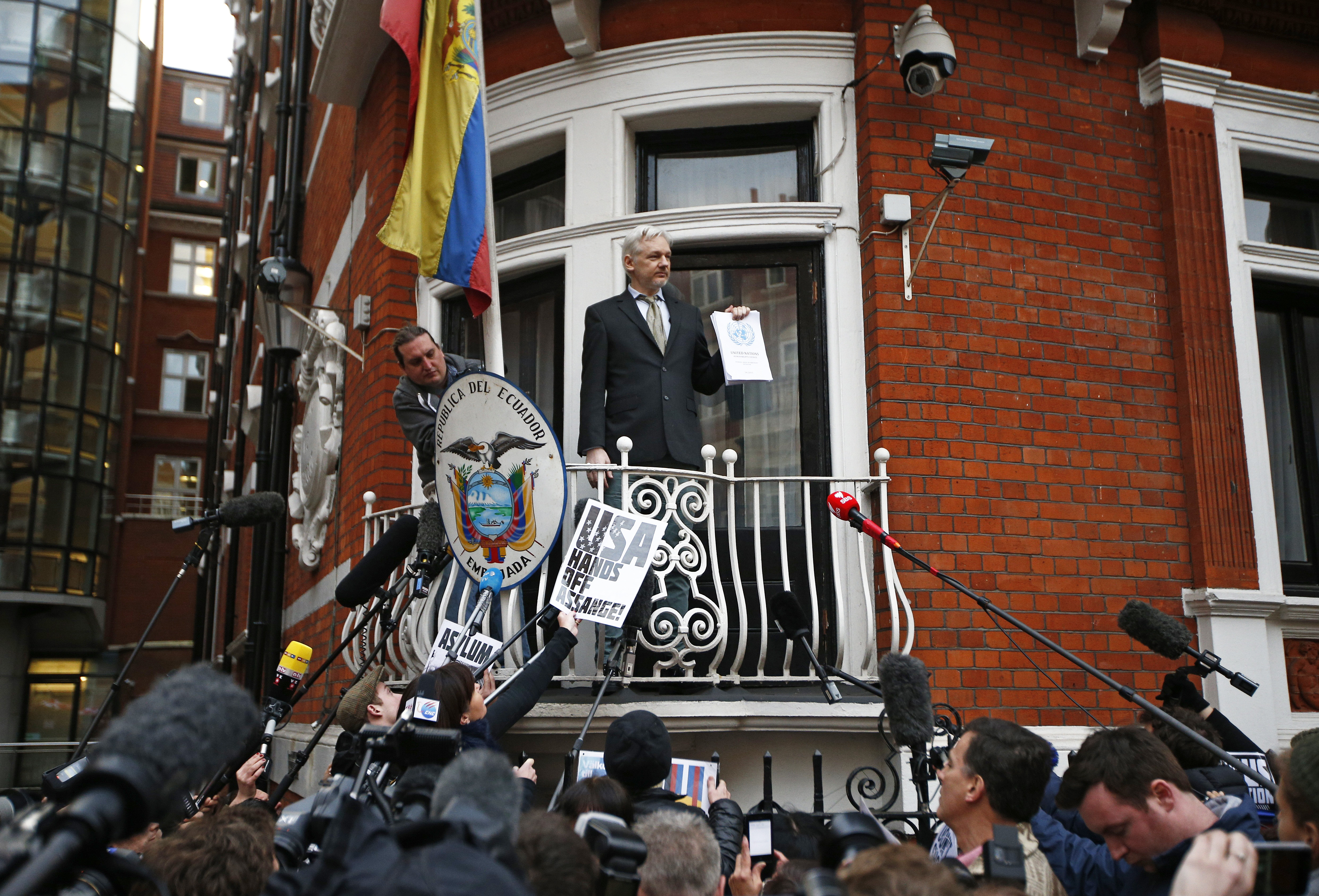 LONDON -- A British judge on Tuesday upheld a U.K. arrest warrant for the WikiLeaks founder Julian Assange, leaving his legal position unchanged after more than five years inside the Ecuadorean Embassy.

Judge Emma Arbuthnot rejected a call from Assange's lawyers for the warrant to be revoked because he is no longer wanted for questioning in Sweden.

"I am not persuaded the warrant should be withdrawn," Arbuthnot told lawyers, journalists and Assange supporters gathered at London's Westminster Magistrates' Court.

After the ruling, Assange's lawyer, Mark Summers, tried to persuade the judge to hold a further hearing on new legal arguments. She didn't immediately agree.

Assange has been holed up in the Ecuador's embassy in London since he took refuge there in June 2012 to avoid extradition to Sweden. Swedish prosecutors were investigating allegations of sexual assault and rape made by two women in 2010.

Swedish prosecutors dropped the case last year, saying there was no prospect of bringing Assange to Sweden in the foreseeable future. But Assange was still subject to a British arrest warrant for jumping bail in 2012.

Had the judge ruled in Assange's favor, he would have been free to leave the embassy without being arrested on the British warrant.

However, Assange suspects there is a secret U.S. indictment against him for WikiLeaks' publication of leaked classified American documents, and that the U.S. authorities will seek his extradition. His lawyers have made it clear that until that matter is resolved, with a guarantee from the British government that he would not be

Earlier this month, Ecuador said it had granted the Australian-born hacker citizenship, as the South American country tried to unblock the stalemate that has kept Assange as its houseguest for five-and-a-half years.

Ecuador also asked Britain to grant him diplomatic status. Britain refused, saying "the way to resolve this issue is for Julian Assange to leave the embassy to face justice."

British prosecutors had opposed the removal of the warrant, saying Assange shouldn't be immune from the law simply because he has managed to evade justice for a long time.

Extradition lawyer Rebecca Niblock of Kingsley Napley said before the ruling that Assange's legal argument was a longshot.

"Failing to surrender to bail is like insulting the court's authority" and unlikely to go down well with the court, she said.