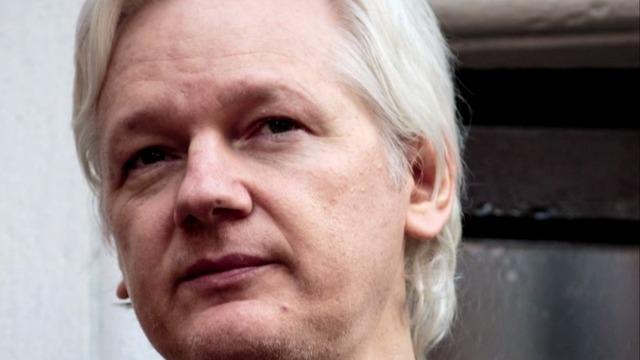 QUITO, Ecuador - Ecuador has granted citizenship to WikiLeaks founder Julian Assange, who has been living in asylum at the nation's embassy in London for more than five years.

The nation's foreign minister announced Thursday that officials had decided to permit Assange's naturalization while they look for ways to resolve his situation.

Ecuador gave Assange political asylum after he sought refuge in the embassy in 2012 to avoid a Swedish extradition request on a case of alleged rape. While Sweden temporarily dropped that investigation, British officials say they'd still arrest him on charges of bail jumping. Assange also fears a possible U.S. extradition request stemming from the leaking of classified U.S. documents.

Britain's Foreign Office said Thursday it had rejected Ecuador's request to grant diplomatic status to Assange, who was born in Australia.

"The granting of Ecuadorean nationality does not in any way change Julian Assange's legal status in the U.K.," a government spokesman said. "The Government of Ecuador knows that the way to resolve the situation is for Julian Assange to leave the embassy to face justice. Nobody should pretend that granting him Ecuadorean citizenship is a route to solving this longstanding issue."