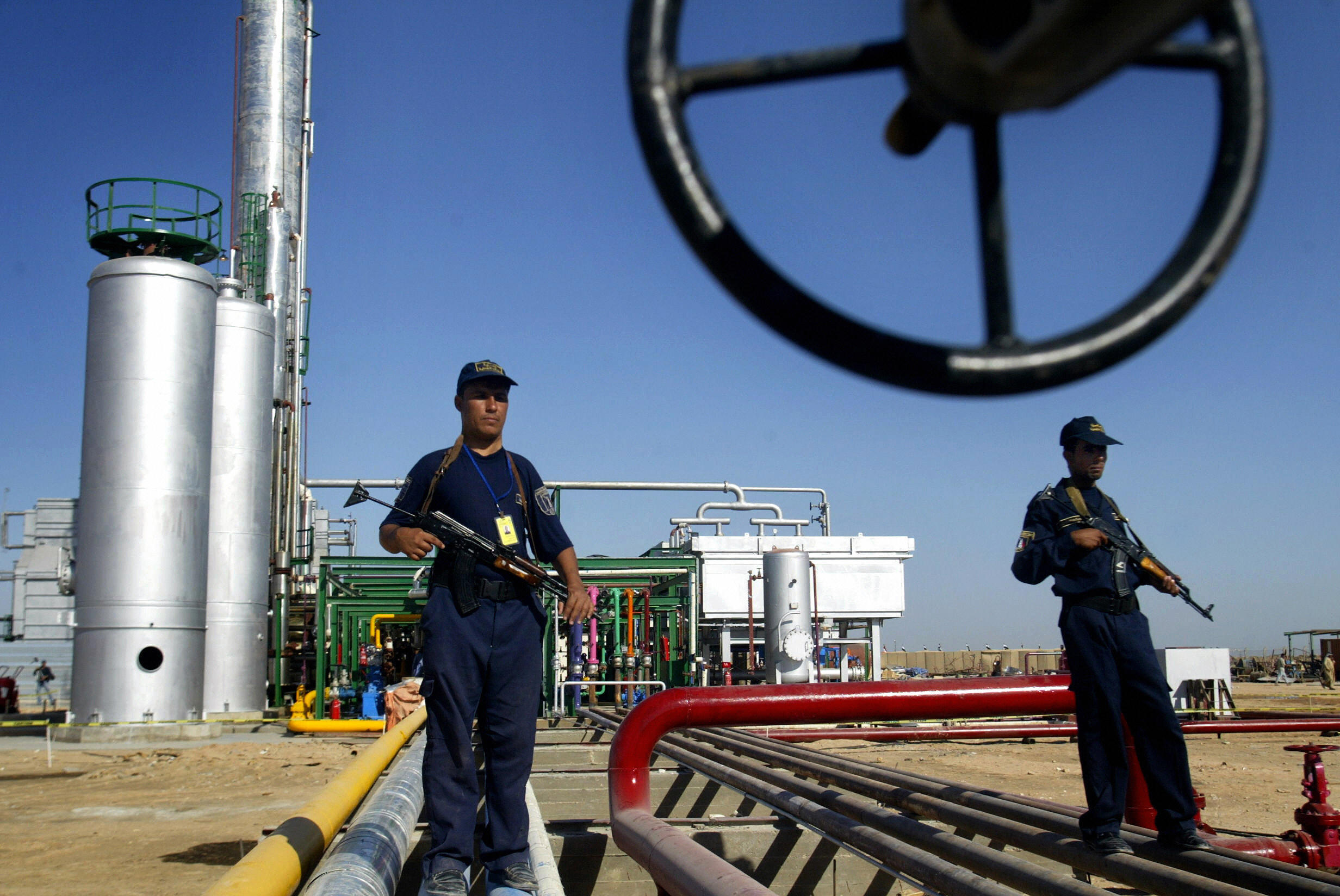 BAGHDAD -- U.S. Defense Secretary Jim Mattis said Monday the United States does not intend to seize Iraqi oil, shifting away from an idea proposed by President Donald Trump that has rattled Iraq’s leaders.

Mattis’ arrived on an unannounced visit in Iraq as the battle to oust Islamic State of Iraq and Syria (ISIS) militants from western Mosul moved into its second day, and as the Pentagon considers ways to accelerate the campaign against the terror group in both countries where it still holds significant territory.

Those efforts could be complicated by Mr. Trump’s oil threat and his inclusion of Iraq in the administration’s travel ban -- twin blows that have roiled the nation and spurred local lawmakers to pressure Prime Minister Haider al-Abadi to reduce cooperation with Washington.

“I think all of us here in this room, all of us in America have generally paid for our gas and oil all along, and I’m sure that we will continue to do that in the future,” Mattis told reporters traveling with him. “We’re not in Iraq to seize anybody’s oil.”

His comments may provide some reassurance to the Iraqis. But the tensions come at a critical point in the war against ISIS, with two key battles in the works: the fight to take control of west Mosul, and the start of a campaign in Syria to oust ISIS from Raqqa, the capital of its self-declared caliphate.

Al-Abadi has taken a measured approach, but the issues can roil already difficult internal politics.

Under the president’s deadline, Mattis has just a week to send Mr. Trump a strategy to accelerate the fight and defeat ISIS. And any plan is likely to depend on U.S. and coalition troops working with and through the local forces in both countries.

“We’re going to make certain that we’ve got good situational awareness of what we face as we work together and fight alongside each other,” Mattis said.

His key goal during the visit is to speak about the military operations with political leaders and commanders on the ground, including his top commander in Iraq, Lt. Gen. Stephen Townsend.

Asked about the tensions, Mattis said he has been assured that the travel ban -- it has been stalled by a legal challenge -- would not affect Iraqis who have fought alongside U.S. forces.

The oil issue, however, may be more difficult. Mr. Trump brought it up during the campaign, and he mentioned it again late last month during a visit to the CIA.

“To the victor belong the spoils,” Mr. Trump told members of the intelligence community. He said he first argued this case for “economic reasons,” but added it made sense as a counterterrorism approach to defeating ISIS “because that’s where they made their money in the first place.”

“So we should have kept the oil,” he said. “But, OK, maybe you’ll have another chance.”

Mr. Trump, however, has also been clear that defeating ISIS is a top priority. In his inauguration address, he pledged to eradicate radical Islamic terrorism “completely from the face of the Earth.” And he talked during the campaign about greatly increasing the number of U.S. troops in order to “knock out” ISIS.

He signed an order Jan. 28 that gives Mattis and senior military leaders 30 days to come up with a new plan to beef up the fight.

Mattis would not discuss specifics, saying he wants to gather information first. But he has been talking with military leaders about the possible options, and has largely supported the U.S. strategy of fighting ISIS with and through local forces.

The military options range from putting more troops in Iraq and Syria to boosting military aid to Kurdish fighters backed by the U.S.-led coalition.

The Pentagon also would like more freedom to make daily decisions about how it fights the enemy. Former and current U.S. officials discussed the likely options on condition of anonymity because they weren’t authorized to talk publicly.

In Syria, a possible option would be sending more U.S. forces, including combat troops, there as the Raqqa fight heats up.

Another move would be to provide heavy weapons and vehicles to the U.S.-backed Syrian Kurds, known as the YPG, and boost training. They have been the most effective force against IS in northern and eastern Syria, but the proposal is sensitive. Turkey, a key U.S. and NATO ally, considers the group a terrorist organization.