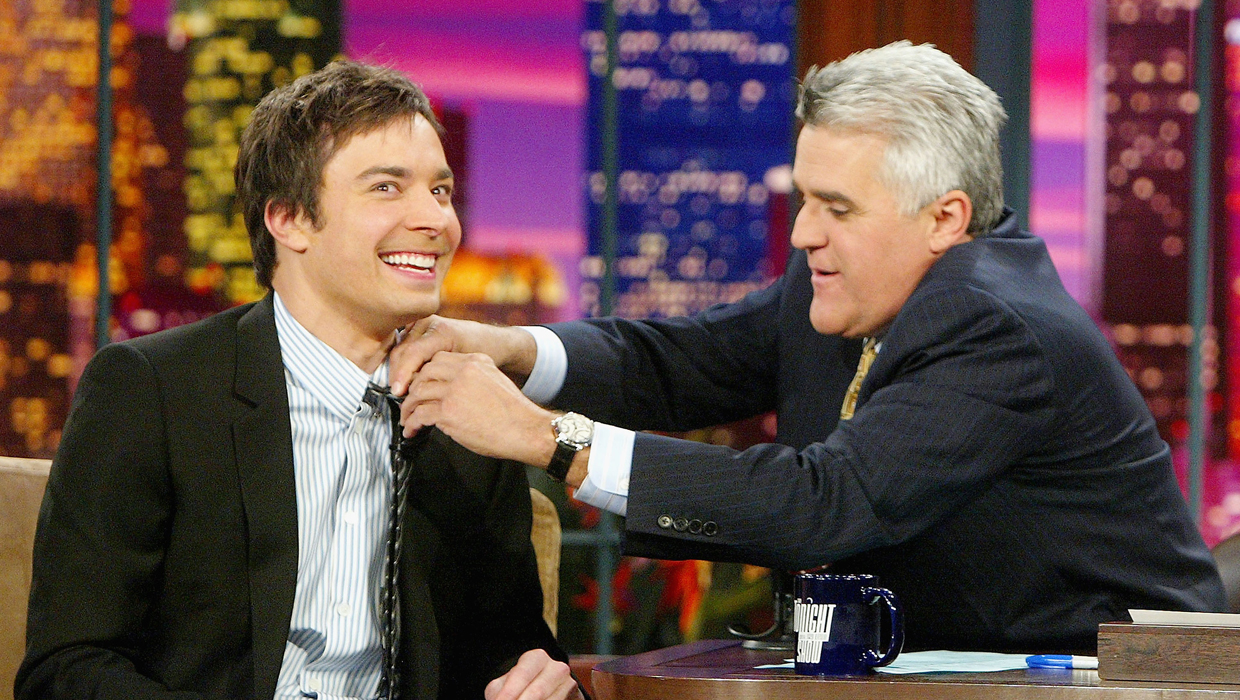 Jay Leno will close out his 22-year run as host of NBC's "Tonight Show" with a nod to the future and to the past.

His heir apparent, Jimmy Fallon, will kick off Leno's final week with a guest appearance on Feb. 3.

Fallon is taking over the gig after hosting NBC's "Late Night" since 2009. Actor Will Smith and U2 have been booked as Fallon's first guests.

Leno's final night, on Feb. 6, will feature Billy Crystal, who was Leno's first guest in May 1992 when he succeeded Johnny Carson. Country superstar Garth Brooks will also appear.

Fallon starts his run on Feb. 17 during the second week of the network's Olympics coverage. As a result, "The Tonight Show" will air at midnight following the nightly games coverage from Sochi, Russia. On Feb. 24, the show will revert to its regular 11:35 p.m. slot.

Leno left the show in 2009 to host a prime time talk show, with Conan O'Brien replacing him on "Tonight." After six months of poor ratings for both men, O'Brien was out at "Tonight" and Leno returned to his old gig.

NBC Entertainment president Robert Greenblatt is hoping to continue the network's relationship with Leno after he leaves late night.

"I would love him to do specials with us, and we've got ideas about other sorts of shows he can host," Greenblatt said Sunday at the Television Critics Association meeting. "As he told me recently, NBC has really been his only home."

He said Leno didn't want to discuss his future until he finished his final week.