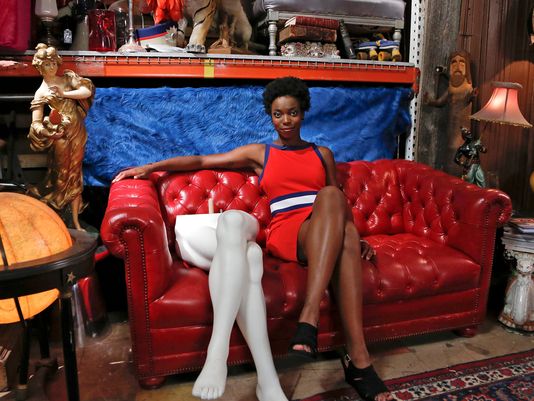 This Saturday night is a big one for "SNL." Sasheer Zamata, the first black female cast member since 2007, makes her debut this weekend.

Sasheer posted a video to her tumblr of her dancing with 90’s toy skipit. The caption reads: “Thank you all SO so so so much for all your love and support. I have finally learned how to successfully Skip It. It’s been 7 years since a black woman has been able to Skip It, so it’s a really big deal. Also, I’m not moving to LA. I got a job. Sorry for the confusion. SEE YOU NEXT SATURDAY!!”

This is the first episode with its two female black writers, LaKendra Tookes and Leslie Jones, who were discovered during the show's recent auditions. And if there isn't enough to look forward to on this week's show, hold on, because Saturday's episode includes guest star Drake.

One of the people most excited in the writers' room is comedian and rising talent in the industry Michael Che.

“As a writer its like a new toy,” Che told CBS News.  “I know Sasheer from standup shows in NYC. She’s really funny, and she can add a lot.”

Che is writing alongside Tookes and Jones, who are reportedly off to a great start.

“We all write together, and the new writers fit in great,” Che said.

As for the sketches that you can expect Saturday night -- other than the obligatory Chris Christie material -- Che says it’s still up in the air.

“We're never sure what’s gonna be on the show until the show,” Che told CBS News. “Bits get cut and added to the show sometimes while its on the air. So I can't even guess.”

Writers and cast members are asked to audition based on their outside comedic work. Che got his start through standup comedy, which he incorporates into his sketch-writing on "SNL."

“Standup has helped me add funny premises and punchups to a sketch. If a sketch goes too long without a joke, my standup instincts kick in, and sketch writing helps my standup because it makes me think outside of my own voice.”