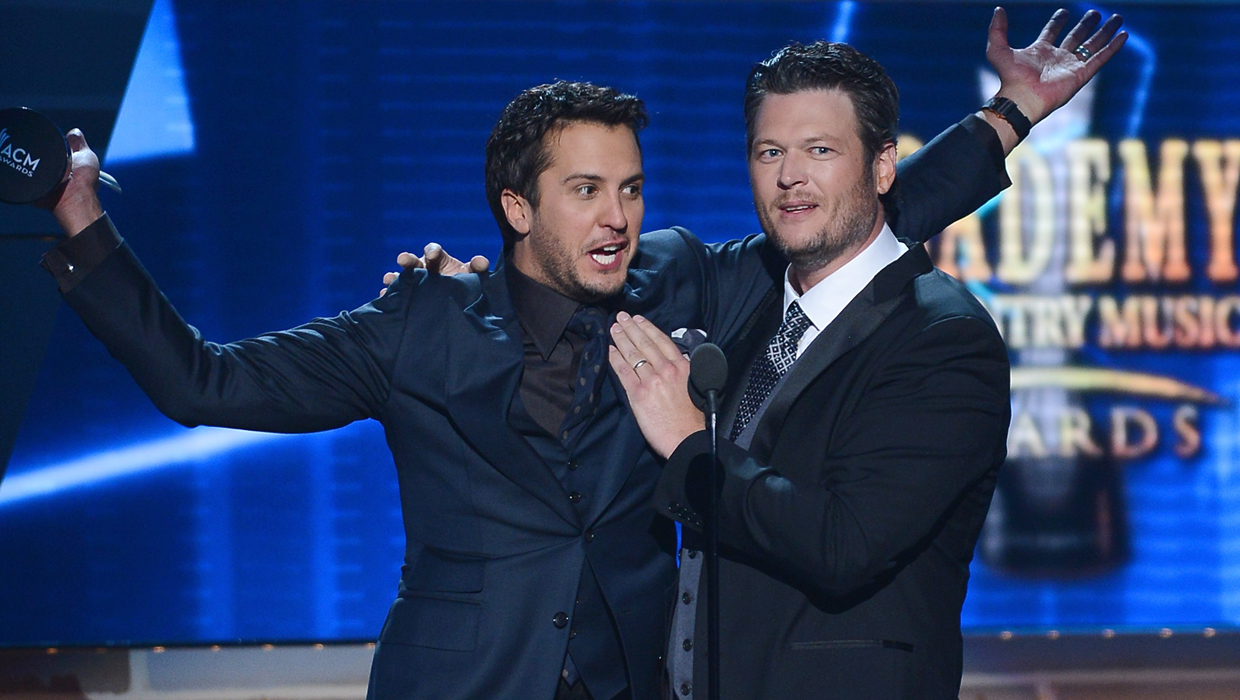 Blake Shelton and Luke Bryan will return as hosts of the 2014 Academy of Country Music Awards.  The pair co-hosted the country music ceremony this year and will do it again.

The 49th annual awards show will be broadcast live from the MGM Grand in Las Vegas April 6 on CBS.

Reigning new artist and new duo of the year winners Florida Georgia Line will host the 4th annual ACM Fan Jam, set to take place at Mandalay Bay Events Center also on April 6. Other performers will be announced for the concert, too. To keep the music flowing, the Academy announced it will tape an all-star concert television special on April 7 at the MGM Grand Garden Arena, which will air at a later date on CBS. Proceeds will benefit ACM Lifting Lives.

Eric Church and Miranda Lambert were among the big winners at this year’s ACMs.