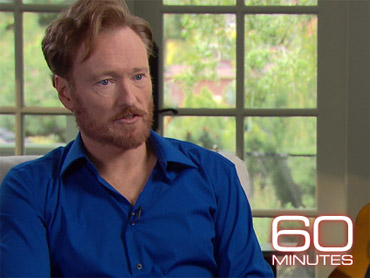 Conan O'Brien says he would have left NBC rather than do what Jay Leno did to him, in his first interview since being forced off the Tonight Show.

O'Brien's interview with "60 Minutes" correspondent Steve Kroft will be broadcast this Sunday, May 2, at 7 p.m. ET/PT.

"He went and took that show back and I think in a similar situation, if roles had been reversed, I know...I know me, I wouldn't have done that," O'Brien says. "If I had surrendered The Tonight Show and handed it over to somebody publicly and wished them well and then…six months later. But that's me, you know. Everyone's got their own, you know, way of doing things," he tells Kroft.

Asked by Kroft what he would have done, O'Brien says, "Done something else, go someplace else. I mean, that's just me."

O'Brien eventually left NBC, deciding not to play second-fiddle to Leno. He says he didn't see the point in giving his all in a relationship that seemed to have no future. "I think this relationship is going be toxic and maybe we just need to go our separate ways," he says. "That's really how it felt to me…and I started to feel that I'm not sure these- people even really want me here….I can't do it [anymore]."
Produced by Deirdre Naphin

11/20/2022: The Most Dangerous Place in the World, The Panini Sticker Phenomenon, Wild Horses
Thanks for reading CBS NEWS.
Create your free account or log in
for more features.
View CBS News In
CBS News App Open
Chrome Safari Continue
Be the first to know
Get browser notifications for breaking news, live events, and exclusive reporting.