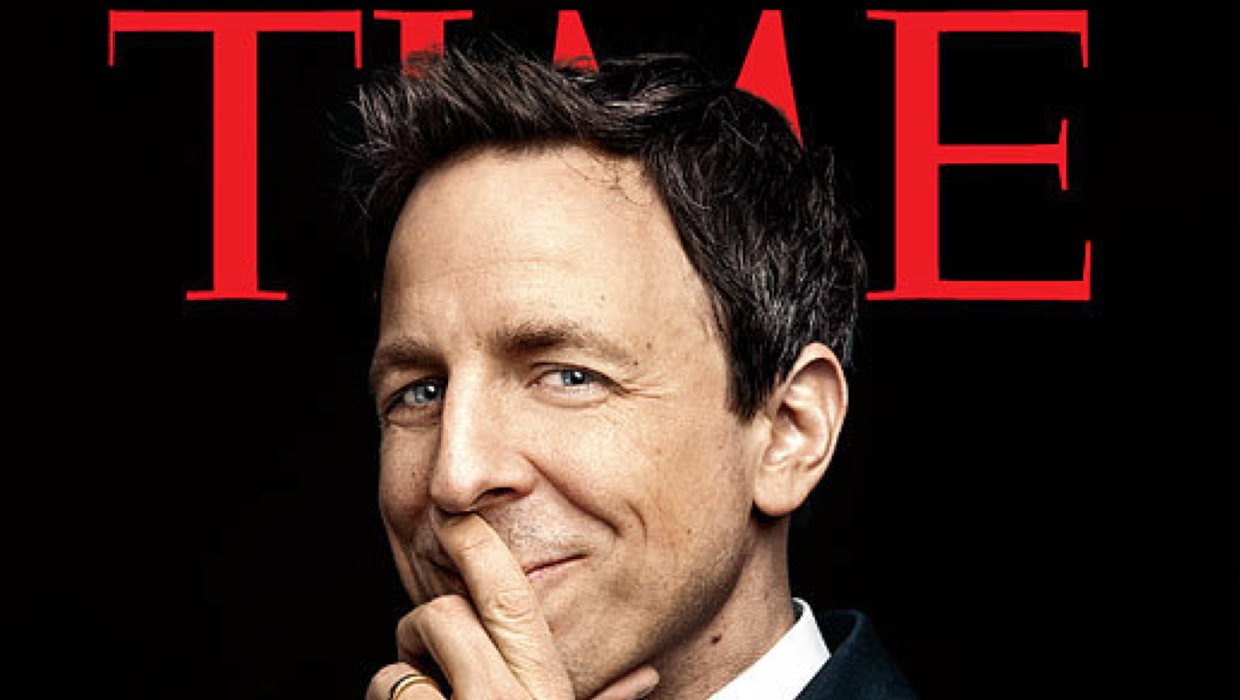 Seth Meyers is having the time of his life.

The "Saturday Night Live" head writer and "Weekend Update" anchor is appearing on the cover of Time magazine's first issue of 2014.

The 40-year-old funnyman couldn't resist the chance to make a joke about the cover on his Twitter page:

Meyers is preparing to soon step down from his post at "SNL," where he has worked since 2001, for his new late-night gig.

Time TV critic James Poniewozik profiled Meyers for the magazine's 2014 User's Guide issue, where the comedian revealed that his late night show will reflect more of his news-like sensibilities as opposed to those of his predecessors Fallon and Conan O'Brien.

And, with just a few weeks left to go, everything is still a work a progress.

His late-night set has yet to be built and he still doesn't know if he will be using a D.J. or a live band for music.

Tell us: Do you plan on watching Meyers' late-night show?