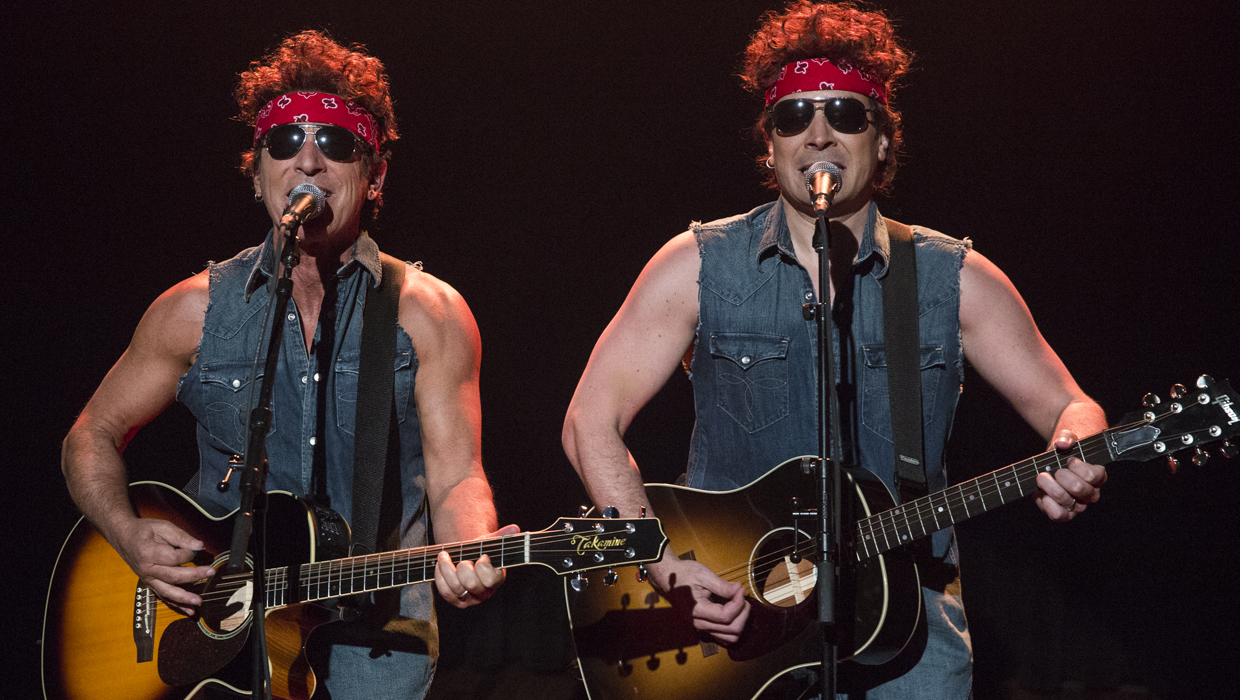 Jimmy Fallon and Bruce Springsteen had a few laughs Tuesday night at the expense of Gov. Chris Christie, who happens to be a massive fan of the Boss.

As a guest on “Late Night with Jimmy Fallon,” Springsteen took the stage to perform a very different version of “Born to Run” than the one we all know. Dubbed "Governor Chris Christie's Fort Lee, New Jersey Traffic Jam," the parody addressed the recent George Washington Bridge controversy involving the New Jersey governor's employees and lane closures to the bridge in Fort Lee, N.J.

Dressed as the Boss circa 1980s -- with denim cut-off shirts, aviator glasses and red bandanas, both Fallon and Springsteen sang: "In the day we sweat it out on the streets, stuck in traffic on the G.W.B./ They shut down the tollbooths of glory, cause we didn't endorse Christie. Sprung from cages on Highway 9./ We got three lanes closed, so Jersey get your ass in line."

At one point, they sang: "You're killin' the working man who's stuck in the Governor Chris Christie Fort Lee, N.J. traffic jam."

Gov. Christie has outwardly expressed his admiration for Springsteen, admitting he wept after meeting the New Jersey rocker.