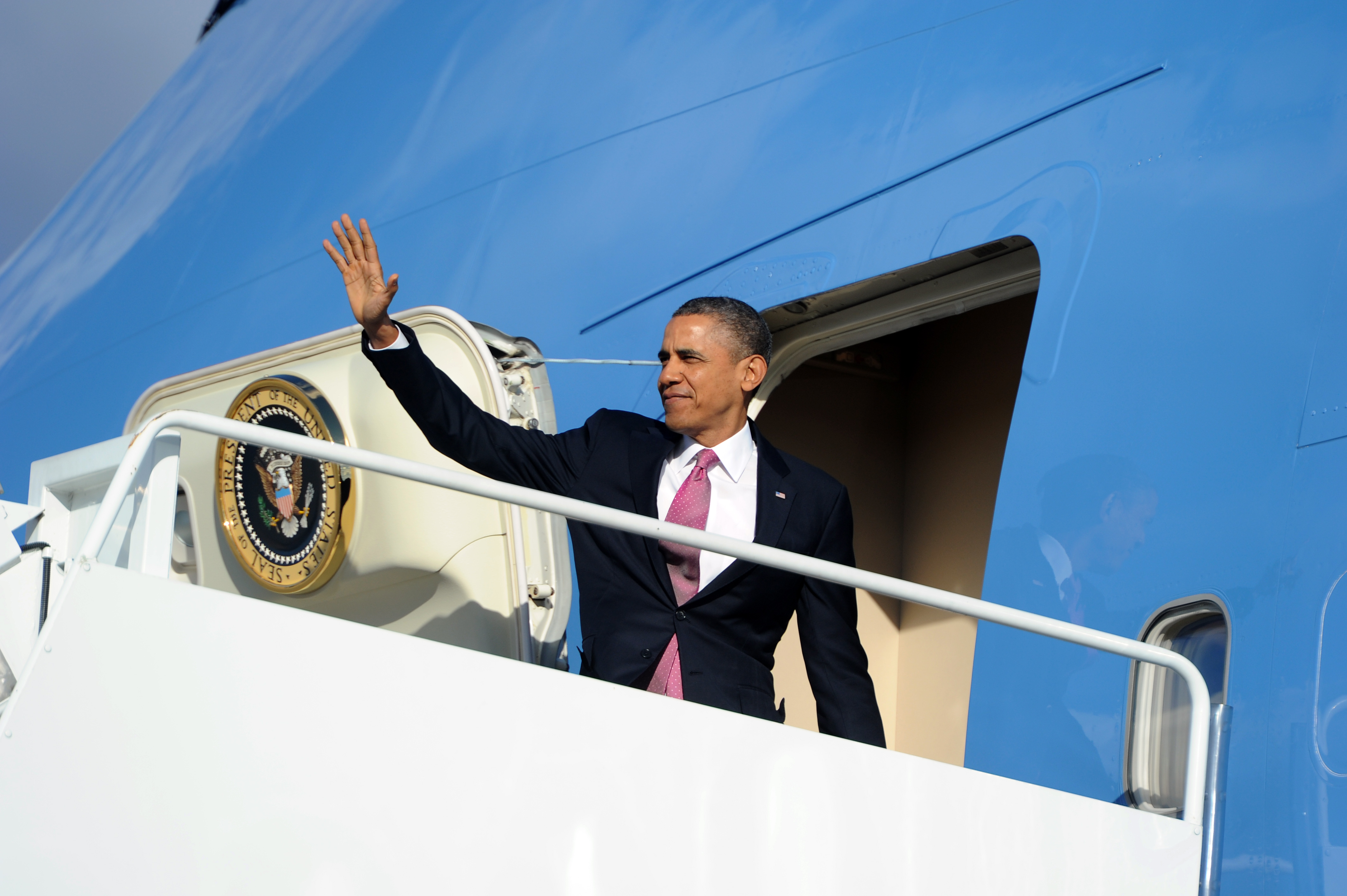 Second terms have historically been tough ones for presidents. From Ronald Reagan's Iran Contra scandal to Bill Clinton's Lewinsky affair to Hurricane Katrina during George W. Bush's second term, U.S. leaders have so often found their second four years going off the rails that it's known colloquially as the "second-term curse."

President Obama has been no stranger to this trend. Despite winning reelection, he has had to compromise on many of his priorities or have seen them rejected outright by Congress: letting the Bush-era tax cuts expire; gun control measures; investments in the economy, and quite possibly, immigration reform.

While he doesn't quite qualify as a lame-duck president - a term reserved for the 10-week period after a successor has been elected - Mr. Obama has seen his ability to set and carry out an agenda significantly curtailed just a year into his second term. Political scientists and scholars tend to point to two reasons for this: an obstinate, Republican-controlled House of Representatives, and the botched roll out of the Affordable Care Act, the president's signature legislative achievement.

"It has almost nothing to do with his length of service, his public opinion standings, or the focus shifting to Democrats and Republicans who might replace him," said Tom Mann, a governance studies expert at the Brookings Institution. "It's almost entirely a consequence of a Republican House of Representatives and the sort of relentless opposition from the out party."

Julian Zelizer, a professor of history and global affairs at Princeton University, offers a take that puts Mr. Obama squarely at the center of his own problems: "He shot himself in the foot with the rollout of [the Affordable Care Act], which undermined any small sliver of strength he would have had."

None of the experts who spoke to CBS News predicted that Mr. Obama would be able to push much major legislation through Congress during the remaining three years of his presidency between his bad relations with much of the Republican Party and the difficulty for even moderate Republicans to be seen working with him since it might risk angering their base. Mr. Obama's poll numbers have also dropped precipitously since the launch of HealthCare.gov in October, so he can't do much to harness public opinion in his favor.

"If he were a good politician I would say he's got a good chance of bouncing back and getting some important things done but I don't think he's really learned yet how to work with the Congress," said Donald Wolfensberger, a former Republican Hill staffer who is now a senior congressional scholar at the Wilson Center.

Mr. Obama will have the most luck affecting change through the powers of the executive branch and on the foreign policy front, where Congress has less influence than they do over the domestic agenda. He can take limited action on issues like climate changeand immigration reform through his executive powers, though it's a risky proposition: he might be seen as overreaching, and his work could be undone by his successor in the White House or through legal challenges. There is a small spot of good news, though: Senate Majority Leader Harry Reid's move to change the Senate rules last week will make it easier for Mr. Obama to make appointments to both cabinet positions and the U.S. Court of Appeals for the District of Columbia Circuit, which often hears cases on federal agency decisions and regulations.On foreign policy, there is "always the potential for breakthroughs," like the recent interim deal to freeze the Iranian nuclear program, Zelizer said. But Congress still has some influence in that arena, and some lawmakers are threatening to impose further sanctions on Iran that could undermine the chances of crafting a long-term deal. The president has also dispatched Secretary of State John Kerry to Israel to help move along peace talks in the region.

But second-term domestic policy achievements aren't unheard of - think Ronald Reagan signing tax reform and the1986 amnesty legislation into law, or Bill Clinton achievingtax cuts and a plan to balance the budget - so scholars say there are a few areas of domestic policy in which Mr. Obama stands a chance at seeing legislation move through Congress: immigration and tax reform, and a larger budget deal that reforms entitlement programs.

House Speaker John Boehner, R-Ohio has said he wants to move immigration reform, even though House Republicans have yet to schedule any floor time for the legislation that has started to move through the body. And Mr. Obama has said he is willing to consider a broader immigration overhaul in a piecemeal fashion, which Republicans would prefer. Still, it's unlikely that any law passed would encompass all of the principles Mr. Obama would like to see.

And Rep. Dave Camp, R-Mich., and Sen. Max Baucus, D-Mont., are working on a broader tax overhaul, laying the groundwork for a bipartisan agreement. As far as a budget deal goes, Zelizer said Obama could mimic Clinton, who "co-opted his opposition's priorities like welfare reform and deficit reduction."

"Right now for Obama this discussion of a deficit reduction deal including cuts to Social Security and Medicare is something that he's eyeing and that makes democrats very nervous, but I think that is an area where he can still accomplish anything," Zelizer said.

His success may well depend on two things: whether efforts to get HealthCare.gov working by the end of the month are successful, and the 2014 midterm elections - where Democrats' fortunes are tied to the health care law.

Mann said he would be "stunned if anything of major consequence happened" before the 2014 elections.

The best thing Mr. Obama can do to get back on the offensive is to make the Affordable Care Act work - and fast.

"The great thing about public opinion is that it shifts so quickly in this day and age and we see that all the time, and so I think that if there was a way for the website to get up and running, for people to start feeling the benefits of the program in the next few months I do think there is time for the program to be more popular," Zelizer said.