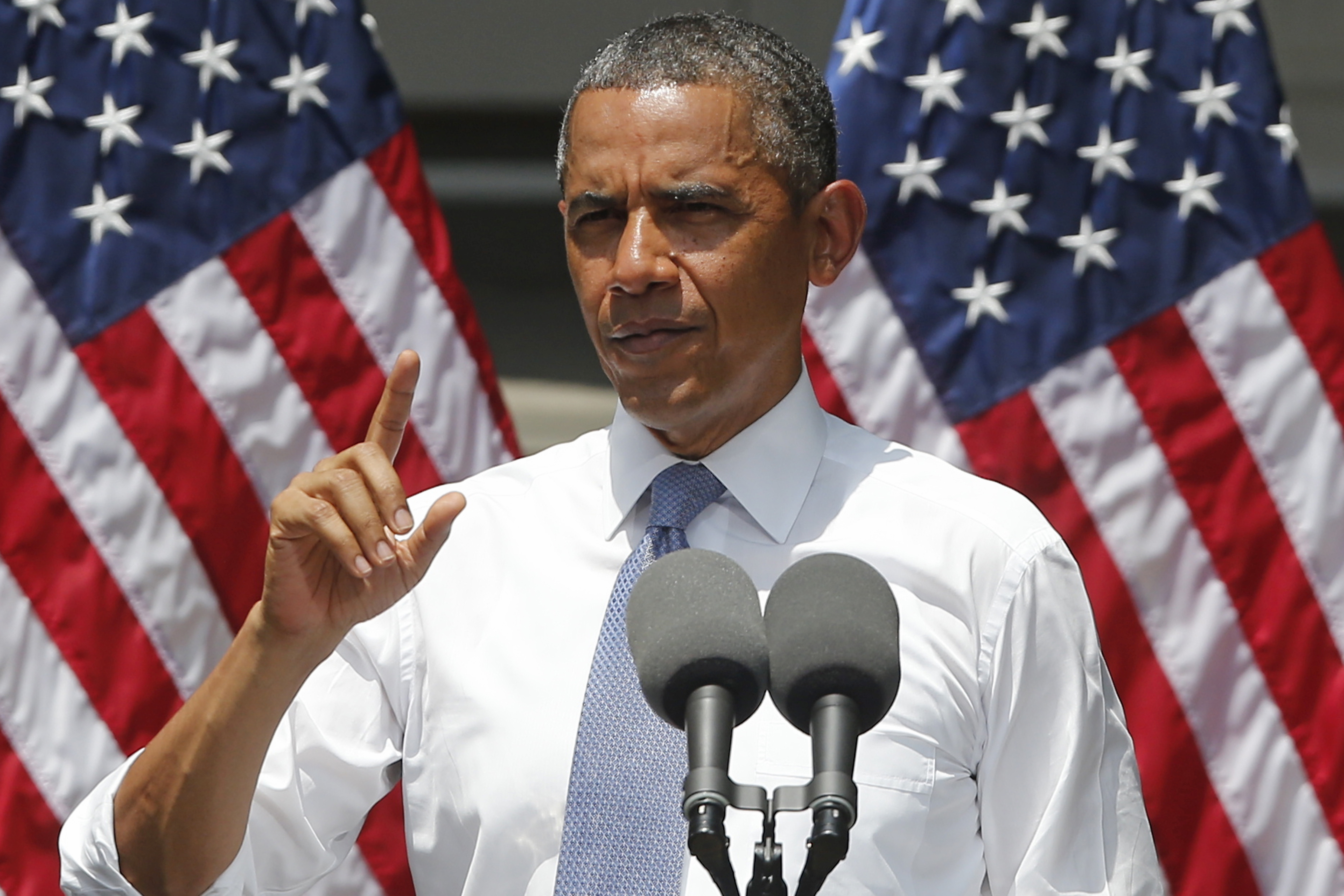 On Tuesday, President Obama unveiled a national plan to reduce carbon emissions and combat the effects of climate change by restricting pollution from power plants, improving the resiliency of America's infrastructure to guard against extreme weather, and leading a global effort to transition to clean energy.

On Saturday, he again touted that plan and stressed the need for action in his weekly address, warning, "The question is not whether we need to act - the question is whether we will have the courage to act before it's too late."

"Already, we know that the 12 warmest years in recorded history have all come in the last 15, and that last year was the warmest in American history," he said. "And while we know no single weather event is caused solely by climate change, we also know that in a world that's getting warmer than it used to be, all weather events are affected by it - more extreme droughts, floods, wildfires and hurricanes."

"The cost of these events can be measured in lost lives and livelihoods, lost homes and businesses, and hundreds of billions of dollars in emergency services and disaster relief," he said, "and Americans across the country are already paying the price of inaction in higher food costs, insurance premiums and the tab for rebuilding."

The centerpiece of Mr. Obama's plan to respond to this "growing" threat - and the proposal most vilified by opponents - is a plan that would allow the Environmental Protection Agency to set new standards restricting the amount of carbon emitted by both new and existing electric power plants

He also encouraged developing nations to transition to cleaner sources of energy.

"While we compete for business, we also share a planet," he said, "and we must all shoulder the responsibility for its future together."

Critics - some of whom do not accept the premise that humans' carbon emissions have played a driving role in climate change - have argued that the president's proposal offers a costly solution to a problem that lacks urgency, warning that the restrictions on power-plant emissions are bound to drive up the price of electricity for many Americans.

Mr. Obama, for his part, has argued that Americans simply don't have a choice.

"We will be judged - as a people, as a society and as a country - on where we go from here," he said on Saturday. "The plan I have put forward to reduce carbon pollution and protect our country from the effects of climate change is the path we need to take. And if we remember what's at stake - the world we leave to our children - I'm convinced that this is a challenge that we will meet."