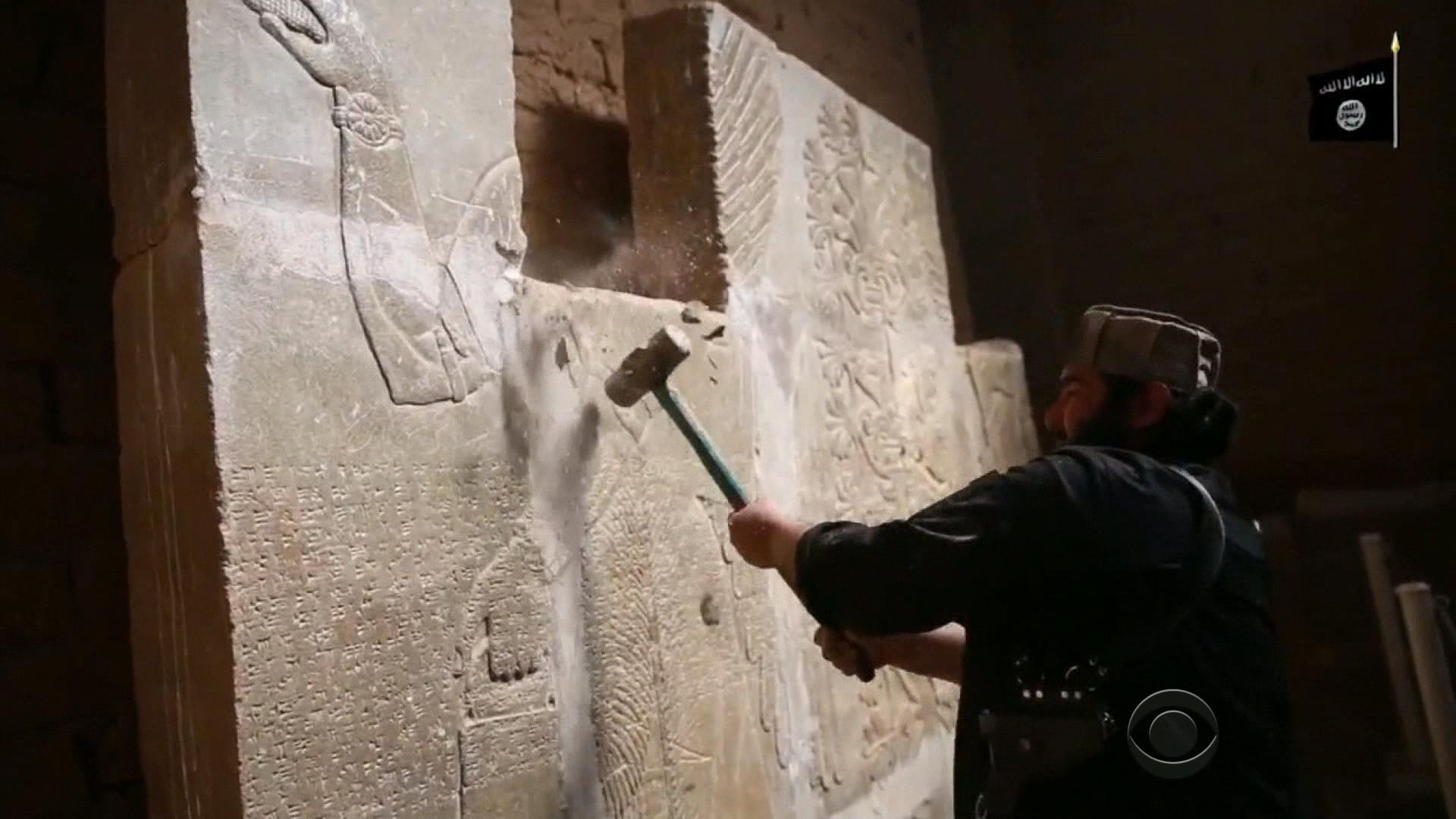 The Islamic State of Iraq and Syria (ISIS) has released a new video showing what appears to be the terror group's destruction of an ancient city in Iraq.

It was a city that stood for 3,000 years, reduced to dust in a matter of seconds. That's what new video from ISIS purports to show. It cannot be independently verified.

But if legitimate, a crater is all that remains of the ancient Assyrian city of Nimrud, one of Iraq's greatest archaeological treasures.

It appears to confirm reports that ISIS destroyed the site south of Mosul weeks ago.

The men use sledgehammers and jackhammers to take down walls, and power tools to cut through stone.

"God has honored us in to remove all of these idols and statutes worshipped instead of Allah," one jihadist says in the video.

In February, ISIS showed similar scenes of destruction in Mosul's main museum, part of an offensive to obliterate ancient works of art and history in regions under its control.

In today's video, they brought in the bulldozers for the take down of Nimrud, before militants are seen rigging barrels full of explosives.

Once the jewel in a region known as the cradle of civilization, now it has been blown into oblivion by an extremist group that that has proven it is anything but civilized.