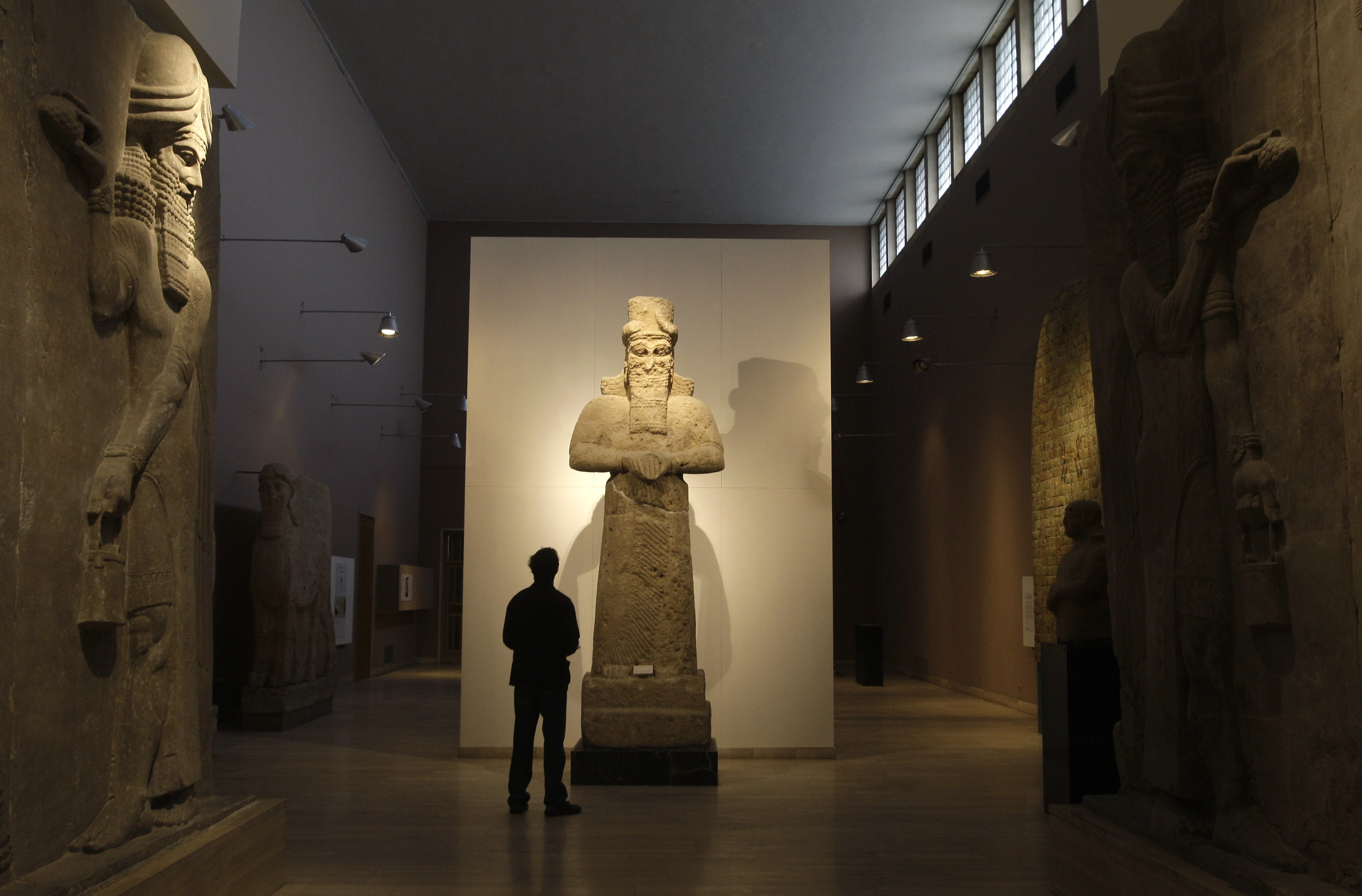 BEIRUT -- The Islamic State of Iraq and Syria (ISIS) destruction of the ancient city of Nimrud in northern Iraq is part of a systematic campaign to destroy archaeological sites it says promote apostasy.

Some of the world's most precious cultural treasures, including ancient sites in the cradle of civilization, are in areas controlled by the group and at the mercy of extremists bent on wiping out all non-Islamic culture and history.

The rampage, targeting priceless cultural artifacts often spanning thousands of years, has sparked global outrage and accusations of war crimes. The militants are also believed to be selling ancient artifacts on the black market in order to finance their bloody campaign across the region.

Here's a look at some of the major sites destroyed by IS in Iraq and Syria, and others under their control:

The region under ISIS control in Iraq has nearly 1,800 of Iraq's 12,000 registered archaeological sites. Among the most important sites under the militants' control are four ancient cities - Ninevah, Kalhu, Dur Sharrukin and Ashur - which were at different times the capital of the mighty Assyrian Empire.

NIMRUD: Nimrud was the second capital of Assyria, an ancient kingdom that began around 900 B.C., partially in present-day Iraq, and became a great regional power. The city, which was destroyed in 612 B.C., is located on the Tigris River just south of Iraq's second largest city, Mosul, which was captured by the IS group in June. The late 1980s discovery of treasures in Nimrud's royal tombs was one of the 20th century's most significant archaeological finds. The government said militants destroyed the site this week using heavy military vehicles, but has not elaborated on the extent of the damage.

MOSUL MUSEUM: On Feb. 26, a video emerged on militant websites showing ISIS militants with sledgehammers destroying ancient artifacts at the museum in Mosul which they referred to as idols. They also destroyed Nirgal Gate, one of several gates to Ninevah, the onetime capital of the Assyrian Empire.

MOSUL LIBRARIES: In January, ISIS militants ransacked the Central Library of Mosul, smashing the locks and taking around 2,000 books - leaving only Islamic texts. Days later, militants broke into the University of Mosul's library. They made a bonfire out of hundreds of books on science and culture, destroying them in front of students.

HATRA: The militants control the 2,300-year-old city of Hatra, a well preserved complex of temples south of Mosul and a UNESCO World Heritage site. Experts say large statues from Hatra have been destroyed or defaced.

The Islamic State group has overrun most of the east and large parts of the north, putting a string of major archaeological sites in their hands. The militants have pillaged sites, excavated others and have destroyed several relics and Assyrian-era statues as part of their purge of paganism. The destruction they have wreaked adds to the wider, extensive damage done to ancient sites including Palmyra, as well as mosques and churches across the country in the chaos of the civil war.

DURA EUROPOS: The 2,300-year-old city overlooking the Euphrates River is a remarkably well-preserved cultural crossroads, a city first founded by Alexander the Great's successors and later ruled by the Romans and various Persian empires. It boasts pagan temples, churches and one of the earliest known Jewish synagogues. Satellite imagery taken last year show the site pockmarked with holes from pillaging and illegal digs. It also showed hundreds of people conducting illegal excavations.

MARI: An ancient city located on the site of Tell Hariri on the western bank of the Euphrates River in Deir el-Zour province. It is believed to have been inhabited since the 5th millennium B.C. and was discovered in the early 1930s. It has also been severely looted by ISIS.

TEL AJAJI AND TELL BRAK: Prehistoric settlement mounds in Syria's far eastern Hassakeh province. Experts say both have been looted and destroyed, Artifacts have been removed from both sites, and ancient statues -- some dating back to the Assyrian period -- have been smashed.