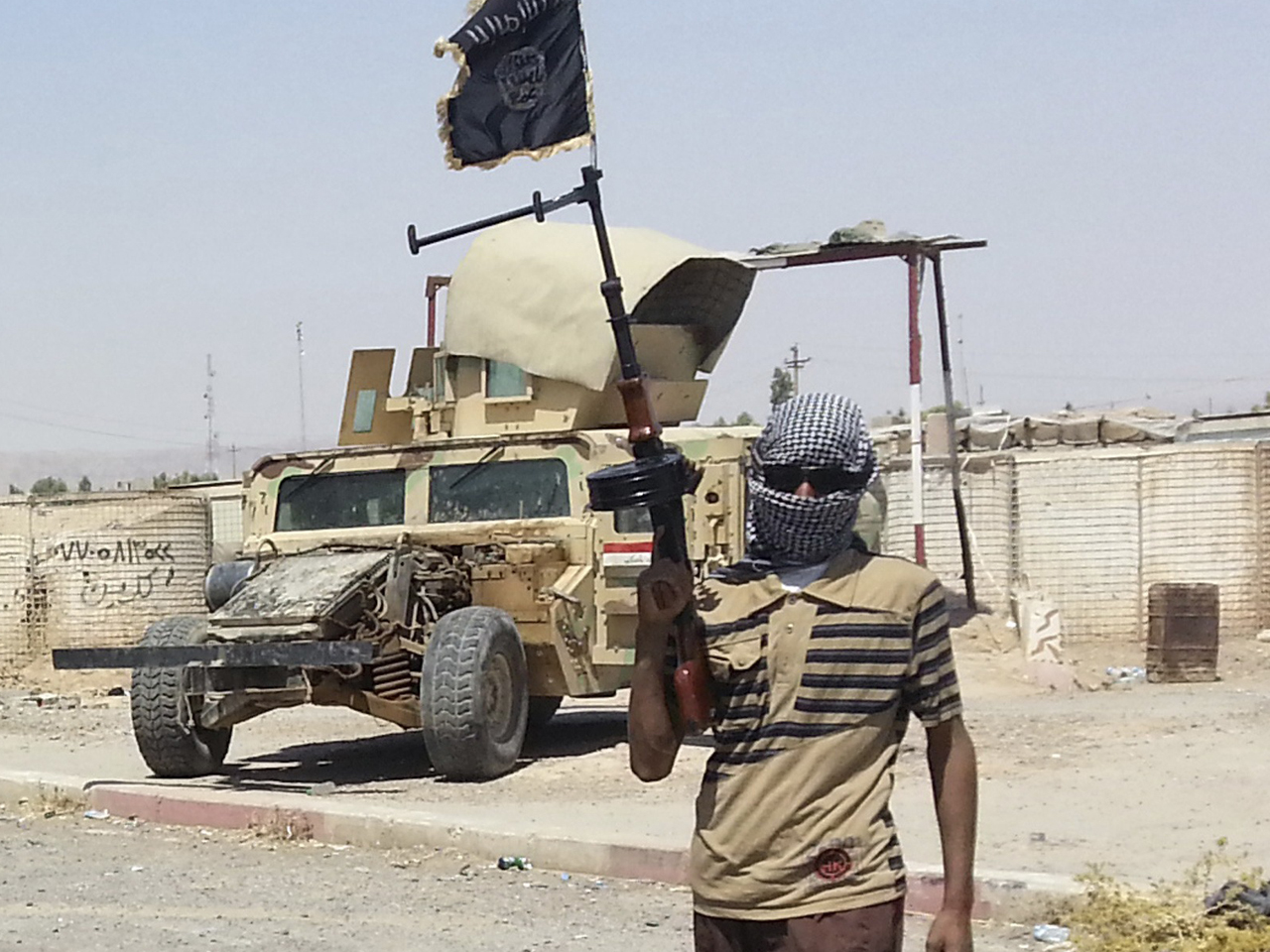 BAGHDAD -- The army officer in charge of protecting a key Iraqi refinery besieged by Sunni militants has said he fears insurgents are regrouping to resume their assault on the key facility, as reports suggested the fighters had overrun an old chemical weapons facility.

The fight over the Beiji refinery, some 155 miles north of Baghdad, began Tuesday. Col. Ali al-Qureishi said the latest attempt by fighters came late Thursday, and told The Associated Press on Friday that he believed the militants were regrouping to launch a new attack.

There was no immediate way to independently verify al-Qureishi's claims.

CBS News correspondent Clarissa Ward says that while the clashes continue, the refinery -- Iraq's largest -- is not functioning, and that's causing long lines at gas stations in the north of the country and raising the specter of power outages, all of which further undermines the government's credibility.

The loss of the Baiji refinery would be a devastating blow to the national government of Prime Minister Nouri al-Maliki, which has struggled in the face of the offensive by Sunni militants of the Islamic State of Iraq and Syria. The militants captured much of northern Iraq in a lightning offensive last week.

Since then, al-Maliki's government has requested U.S. airstrikes to help beat back the fighters from ISIS, also known by the acronym ISIL.

President Obama announced Thursday that he would send up to 300 military advisers to assist Iraqi security forces. Mr. Obama said the United States would not send troops back into combat in Iraq, but that he and his national security team were preparing to take further action if necessary.

"Going forward we will be prepared to take targeted and precise military action if and when we determine that the situation on the ground requires it," Mr. Obama said. "American forces will not be returning to combat in Iraq but we will help Iraqis as they take the fight to terrorists who threaten the Iraqi people, the region, and American interests as well."

The news came amid reports that ISIS had seized a major Saddam Hussein-era chemical weapons facility in al-Muthanna, north of Baghdad. Ward notes, however, that it is extremely unlikely ISIS will be able to do anything with the chemical materials left at the facility, which are believed to have been sealed under concrete or rendered unusable by international forces about a decade ago.

U.S. State Department spokeswoman Jen Psaki responded to the reports Thursday, telling the Wall Street Journal and Britain's Telegraph the U.S. government remains "concerned about the seizure of any military site by the ISIL," but that the Obama administration does "not believe that the complex contains CW materials of military value and it would be very difficult, if not impossible, to safely move the materials."

That stance was backed up Friday by Jean Pascal Zanders, a long-time European chemical weapons expert and founder of The Trench blog, who told CBS News that to the best of his knowledge, "none of it is usable... I understand it is in concrete containers and things have been sealed off."

Zanders said any effort by the militants to access the materials -- believed to include sarin and mustard gas -- would be "extremely difficult" and would likely put them at more risk than anyone else. "It is a very delicate operation (which) one has to undertake fully protected."

Zanders also notes that any sarin still at the complex would almost certainly be degraded to the point of uselessness, as the weaponized gas Iraq once had was "highly unstable... (it) broke down very fast."

Zanders, and a second chemical weapons expert and former British military official, Hamish de Bretton-Gordon, agreed there was no evidence at present to suggest ISIS has the sort of protective gear required to safely handle the materials at the al-Muthanna complex.

Even if they were able to access the degraded chemical agents, it's unlikely they could do much with them as they have no known means of dispersing the materials.

While ISIS could theoretically try and spread a chemical agent using an improvised bomb, Zanders and de Bretton-Gordon agreed that the explosion would effectively destroy much of the agent on impact.

De Bretton-Gordon notes, however, that ISIS is well-aware of the non-military, psychological impact that the mere mention of chemical weapons can have on a battlefield.

Also, Ward notes the seizure of any military installation underscores the growing sense of chaos in Iraq now as calls grow louder for al-Maliki to step down and make way for a government of national unity.

"You can't rely on him," the tribal leader said. "U.S. policy cannot rely on a paralyzed man who has lost control of Iraq, when he is the one who took Iraq to this point."

Ward says al-Maliki's only strategy thus far appears to have been to remobilize the Shiite militias who fought against Sunni factions at the height of the country's sectarian violence between 2006 and 2008. That move has fanned the flames of sectarian conflict, rather than easing the tensions.

Top political players in Baghdad now believe the Obama administration does want al-Maliki out, even if they can't say it, reports Ward. And they hope the U.S. will actually come out more forcefully in support of an inclusive Iraqi government.