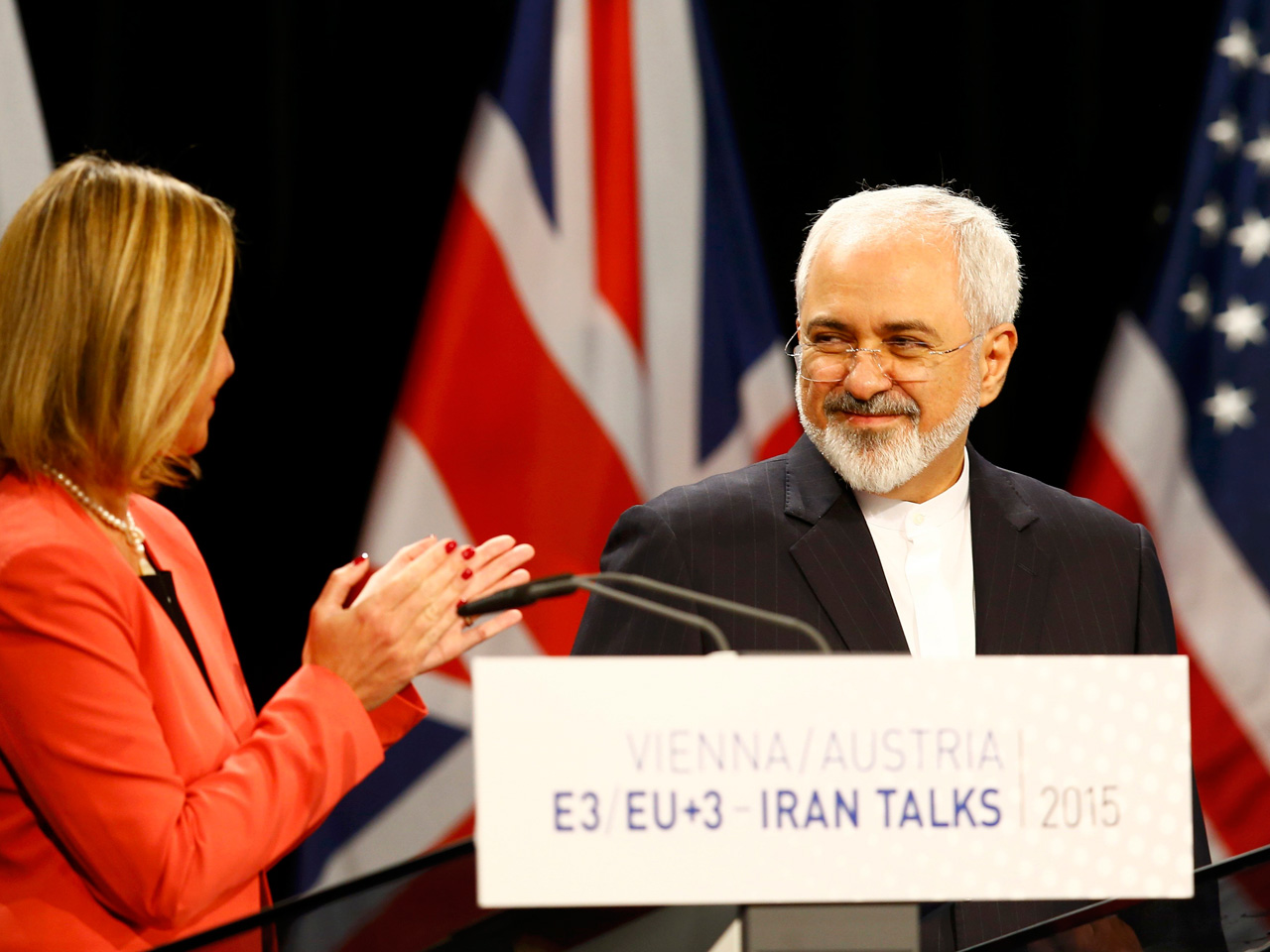 In an interview to air Sunday on "Face the Nation," Iranian Foreign Minister Mohammad Javad Zarif says the country is ready to restart its controversial nuclear program if the Trump administration resumes sanctions.

"We have put a number of options for ourselves, and those options are ready," Zarif told "Face the Nation" moderator Margaret Brennan, "including options that would involve resuming at a much greater speed our nuclear activities."

Zarif's comments to "Face the Nation" expand those of Iranian President Hassan Rouhani, who earlier this month said, "we will not be the first to violate the accord, but they should definitely know that they will regret it if they violate it."

The top Iranian diplomat worked for two years with Obama administration negotiators to reach an agreement to freeze Iran's nuclear development. The Joint Commission Plan of Action (JCPOA) that emerged from those talks outlined a timeline for gradual sanctions relief on Iran, in exchange for certification that the country would disassemble nuclear sites.

President Trump, who as a candidate threatened to leave the JCPOA, has insisted he would walk away from the deal by May 12 if tougher restrictions are not imposed on the country.

The White House called for a "follow-on" accord that would penalize Iran for ballistic missile tests, expand nuclear inspectors' access, and lengthen limits on Iranian nuclear activity. But European negotiators working to mediate American demands have reportedly struggled with a lack of specific guidance from the president and fears he may rip up the deal regardless.

Asked how Iran would respond if the president walked away from the deal, Zarif said the country was prepared.

"Those options are ready to be implemented and we will make the necessary decision when we see fit," said Zarif.

"Obviously the rest of the world cannot ask us to unilaterally and one-sidedly implement a deal that has already been broken," he added later.