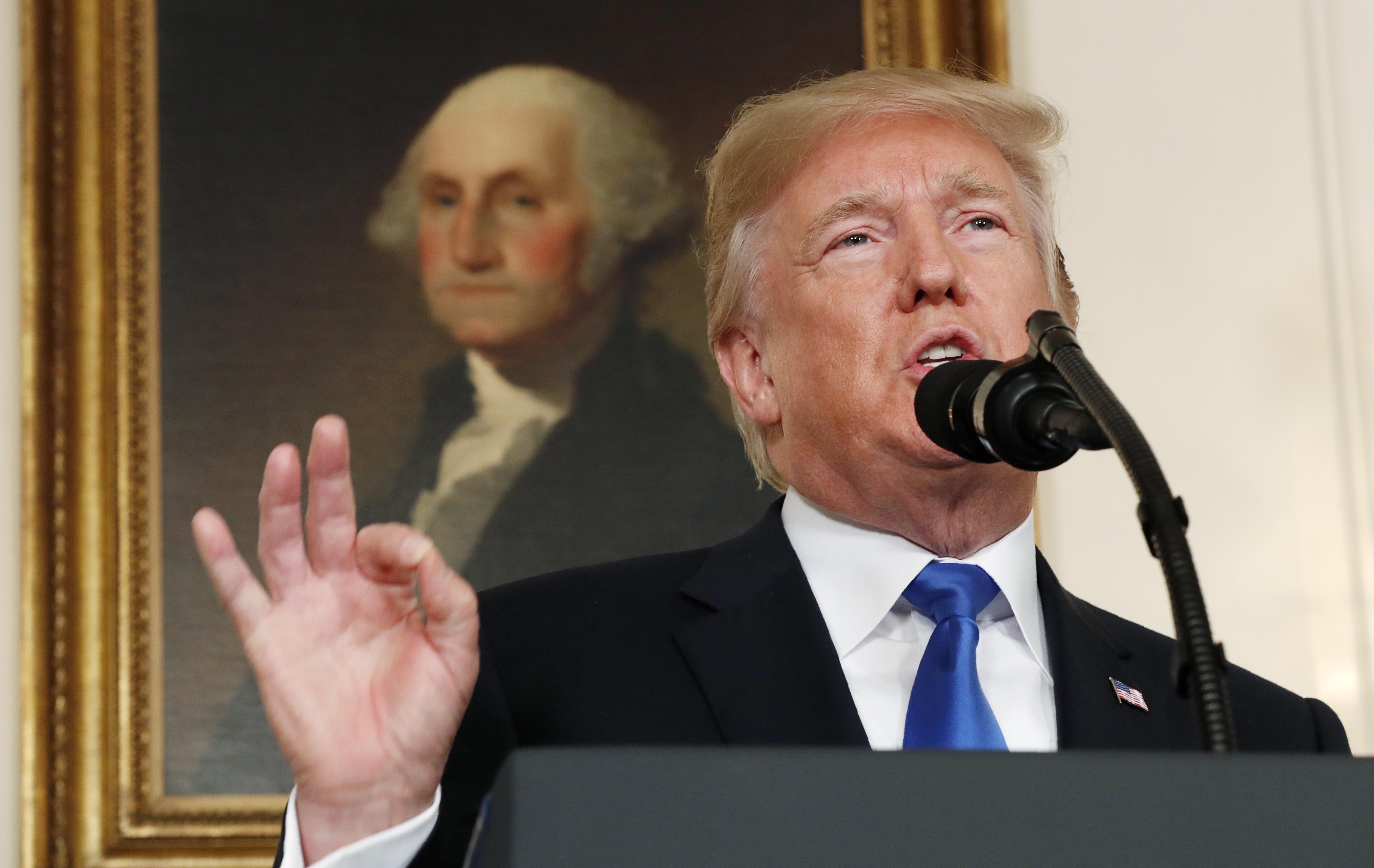 "Despite my strong inclination, I have not yet withdrawn the United States from the Iran nuclear deal. Instead, I have outlined two possible paths forward: either fix the deal's disastrous flaws, or the United States will withdraw," the president said in a statement.

"Today, I am waiving the application of certain nuclear sanctions, but only in order to secure our European allies' agreement to fix the terrible flaws of the Iran nuclear deal," Mr. Trump continued. "This is a last chance. In the absence of such an agreement, the United States will not again waive sanctions in order to stay in the Iran nuclear deal. And if at any time I judge that such an agreement is not within reach, I will withdraw from the deal immediately. No one should doubt my word."

The waiver has to do with the Joint Commission Plan of Action (JCPOA), better known as the Iran nuclear deal. Friday was the deadline for Mr. Trump to certify to Congress whether Iran is in compliance with the JCPOA. A decision not to waive sanctions could have dealt a fatal blow to the Iran deal by putting the U.S. in violation of the 2015 JCPOA.

Senior administration officials held a chaotic conference call  — the White House couldn't figure out how to mute listeners — with reporters on Friday ahead of the president's announcement.

"The president's decision is to waive once more nuclear sanctions that the terms of the JCPOA require" to remain in the Iran deal, a senior administration official said on Friday.

"This is the last such waiver he will issue," the official said.

After that, the Trump administration intends to work with European partners on a type of "follow-on" agreement that includes "certain triggers" Iran must follow, including nuclear inspections and restrictions on Iran's nuclear program that have no sunset. Other nations have clearly stated that the U.S. cannot revise the JCPOA itself. But the president only has 90 days until the next deadline for certifying Iran's compliance.

If the president can get an agreement that "never expires," in place of the sunset clauses currently in the JCPOA, then, "he would be open to remaining in such a modified deal," the official said.

"Today's decision by the president both in terms of the JCPOA and the new designations that are coming from the Treasury Department represent the next step in the strategy that the president announced in October," another senior administration official said.

Back in October, Mr. Trump declared the Iran deal wasn't in the United States' interest.