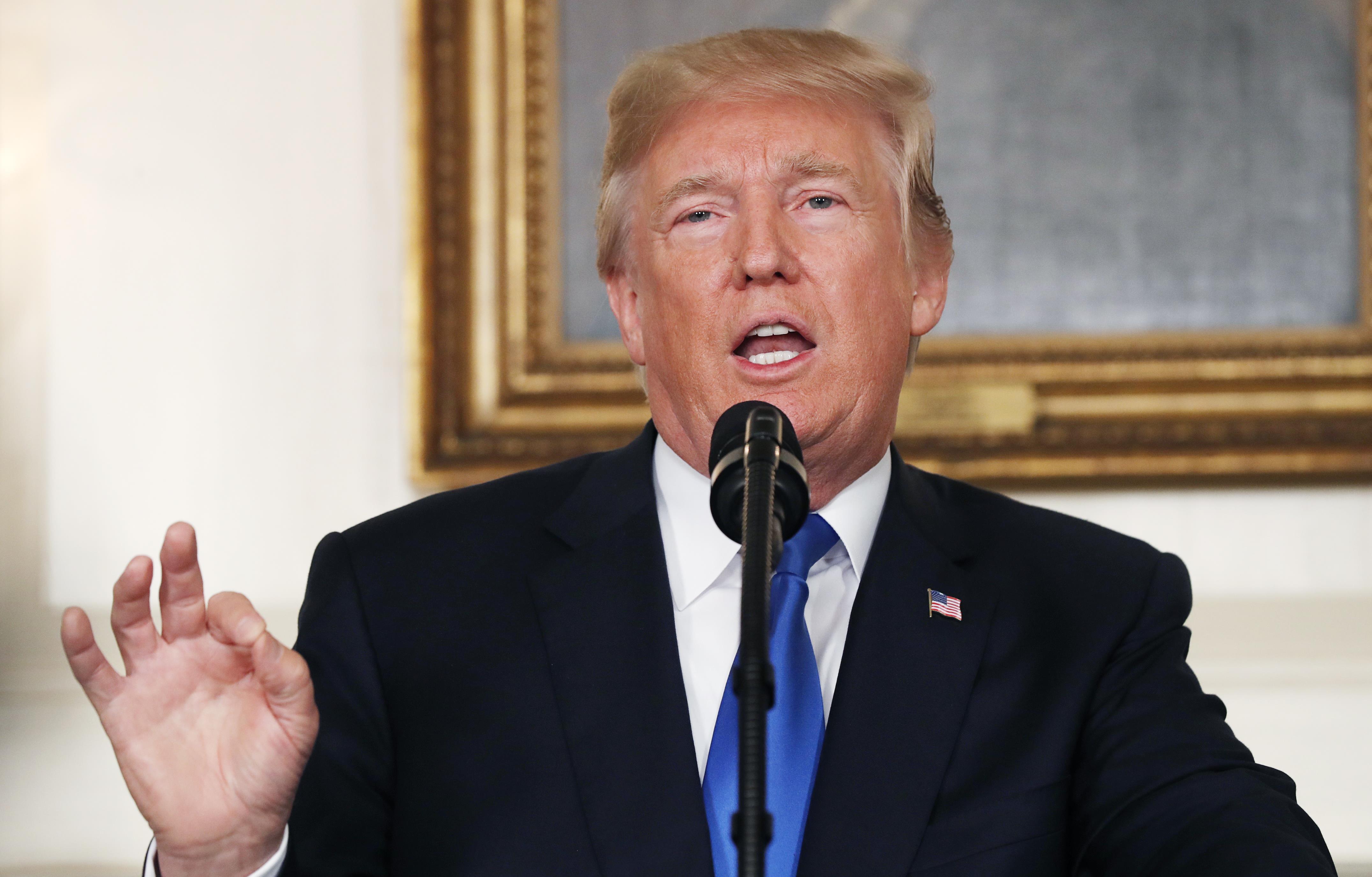 Trump administration negotiators have a tough sales job as they pressure European allies to accept new restrictions to "fix" the Iran nuclear deal: Even if the Europeans agree, President Donald Trump may blow up the deal anyway.

Given a mid-May deadline by Mr. Trump, U.S. negotiators are working with Britain, France and Germany on a follow-on pact that would address Mr. Trump's three major complaints. First, Mr. Trump wants to penalize Iran for ballistic missiles, which weren't part of the original deal. He also wants to expand access for international nuclear inspectors and prolong the limits on Iran's nuclear activity, currently scheduled to expire in several years.

But beyond those broad strokes, Mr. Trump has refused to give the Europeans or even his own negotiators a clear litmus test for what will be good enough to keep him in the landmark 2015 accord. Brian Hook, the State Department policy chief who's running the negotiations, said if there's no agreement by May, Trump will certainly withdraw. If there is an agreement, Trump's advisers will present it to him.

"Then he will make a decision on whether he wants to remain in the deal," Hook said Wednesday.

The unusual ultimatum puts America's closest allies in Europe in the uncomfortable position of trying to predict what is likely to satisfy Mr. Trump, even as they resent his demand to tinker with the deal in the first place. The European nations only begrudgingly agreed after it became clear that placating the U.S. president was the only way to salvage the deal former President Barack Obama struck with Iran and world powers.

"This is really where the leverage falls through," said Heather Conley, the Europe director at the Washington-based Center for Strategic and International Studies. "The Europeans may go out on a limb and still have the president walk away. The Europeans have tried, but they don't know ultimately where he's going to come out on this."

It's far from clear that the U.S. and the Europeans can reach agreement anyway. In talks in European capitals, Hook's team and the Europeans have been haggling over complex sticking points such as what range of ballistic missiles should be penalized — and how.

Hook, briefing reporters on a conference call, referred repeatedly to "long-range" missiles or "ICBMs" as one of Mr. Trump's primary concerns. However, congressional Republicans who opposed the agreement, along with some Democrats and other nations in Iran's neighborhood, have told Mr. Trump that excluding medium-range missiles leaves them at risk.

According to one outside adviser briefed on the status of the talks, the negotiating team is currently working on a double-pronged "fix" that would separate Iran's missiles into two categories: nuclear-capable long-range, intercontinental ballistic missiles that can hit Europe, and shorter-range projectiles that could hit U.S. allies and friends, including Israel, Saudi Arabia, Bahrain and the United Arab Emirates as well as American military assets.

Sanctions could be imposed for both, but those for long-range missiles would likely be harsher and kick in more automatically if Iran tested or transferred them. Those sanctions could also target Iranian entities that were exempted from penalties under the nuclear deal.

The Iran deal's critics argue the restrictions must cover both long- and medium-range missile tests and transfers, and that the penalties for both should be just as tough. They also want all nuclear-capable missiles to be treated as part of Iran's banned nuclear program, rather than dealt with separately.

Richard Goldberg, an Iran deal foe and former GOP congressional aide, said it was "hard to believe" that Mr. Trump would allow Iran more leniency for shorter-range missiles "that can wipe out U.S. bases and allies like Israel."

"That's the kind of thing his predecessor would have done in negotiations," Goldberg said, referring to Obama.

Britain, France and Germany have agreed in principle to punishing Tehran for long-range missiles. But they've been sympathetic to the argument that Iran — which lacks a powerful air force — needs shorter-range missiles for legitimate self-defense, according to European diplomats. It wasn't clear Wednesday whether the Europeans would accept the double-pronged approach on missiles, nor whether Mr. Trump himself would sign off on it.

With Iran and fellow deal members Russia and China unlikely to sign on to changes, the U.S. opted to start with the European nations, whose trade and investment Iran covets. The idea was that even if Iran doesn't formally join the add-on agreement, the sanctions relief Tehran is receiving would be incentive enough to get it to voluntarily comply with the new terms.