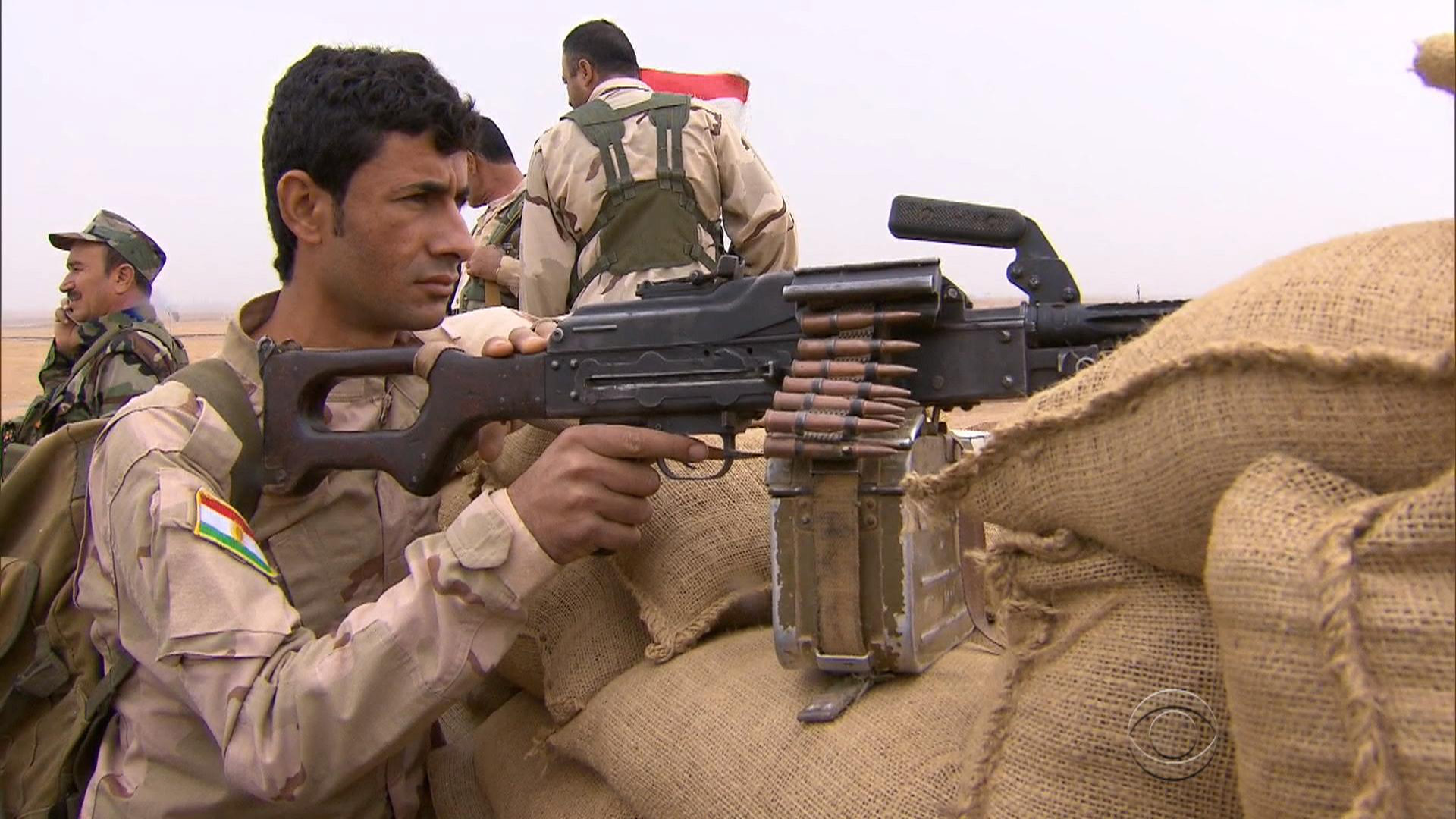 IRAQ -- CBS News is getting a look inside last week's mission to rescue prisoners held by the Islamic State of Iraq and Syria (ISIS) in Iraq. Kurdish troops, backed by U.S. special operations forces freed dozens of prisoners. But an American, Master Sergeant Joshua Wheeler, was killed in the firefight.

The video -- captured on a helmet camera -- shows dazed prisoners emerging one by one from their cells to be patted down by Kurdish Special forces. In the background, the American backup can be clearly heard.

The Kurds released a video to show their close partnership with American might.

On the well-fortified front line near the key oil-city of Kirkuk it was a real morale-booster for the Kurdish Peshmerga fighters who make do with outdated weapons and get their salaries late -- or even not at all.

"It was a great thing for America and for us to liberate this civilian peoples' lives," said General Kamal Kirkuki, the area commander.

To ISIS fighters, hiding and watching less than a mile away, the pictures will come as a blow.

But freedom has a price. In this case, a compulsory camera call for the prisoners to embrace their Kurdish liberators, and say thank you.

Saad Khelef Ali Feraj is an Iraqi policeman who was overcome as he described how ISIS told him he had only an hour left to live.

With the video, the Kurds want to underscore how, with American help, they're winning against ISIS. In contrast to the Iraqi army -- which gets four times as much money from the U.S. -- but is struggling to take back the country from extremists.

The fact is the Kurds have managed to consolidate control over their territory in Northern Iraq, while the Iraqi Army still has thousands of square miles to take back from ISIS. They're making progress, but it's painfully slow.