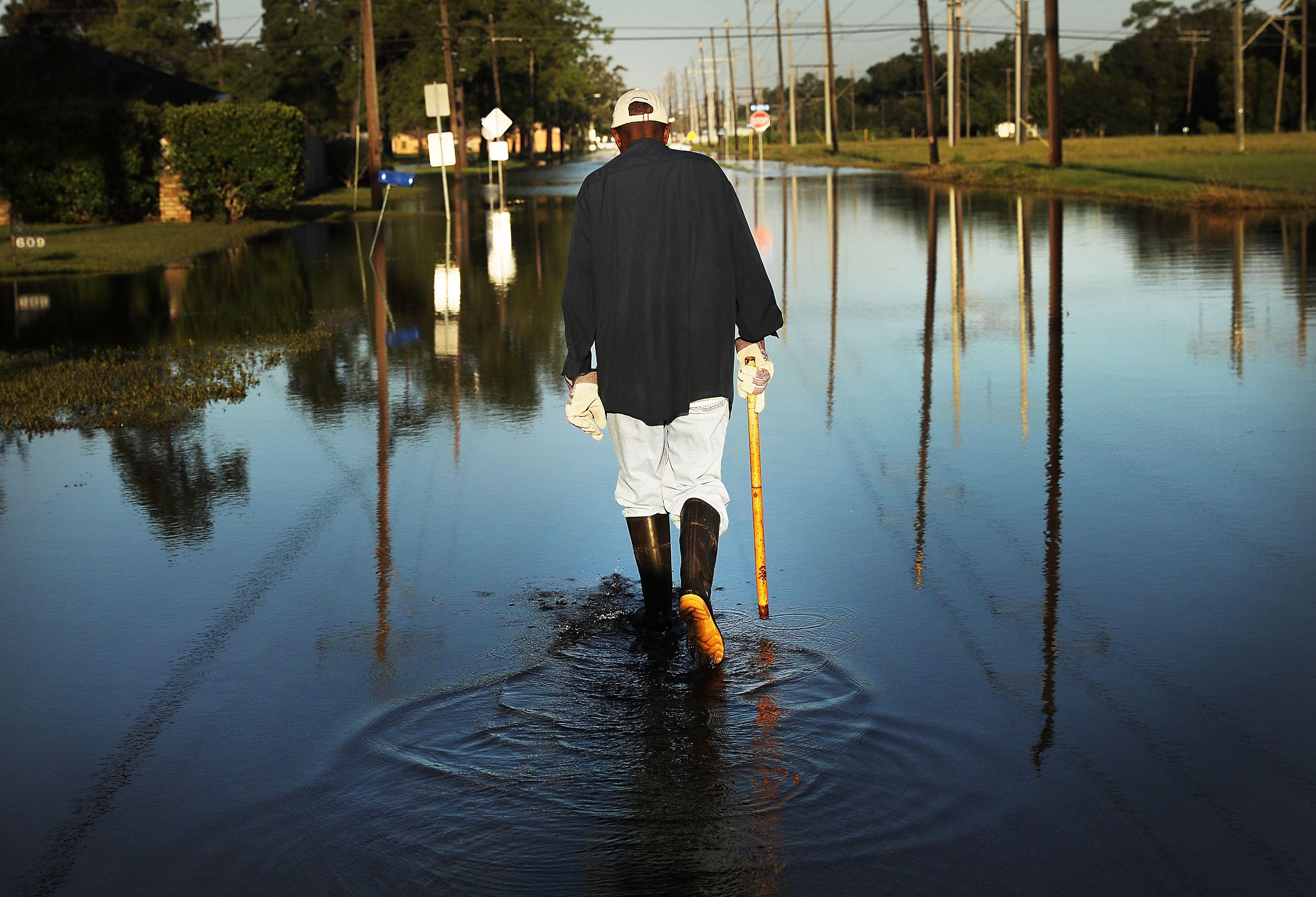 After widespread flooding that destroyed homes and displaced thousands of people, many of those affected by Hurricanes Harvey and Irma are now in the middle of a critical period, mental health experts say. That's because symptoms of post-traumatic stress disorder (PTSD) typically start to appear in the weeks following a disaster.

"PTSD doesn't develop immediately, it develops after about a month," Asim Shah, M.D., chief of the division of community psychiatry at Baylor College of Medicine, told CBS News. "So we haven't seen this group of people yet, but we expect to after 30 days or so." Shah led the effort to provide mental health services for evacuees at the Houston Convention Center and NGR Stadium shelters immediately following Hurricane Harvey.

People can develop PTSD at any time after experiencing a traumatic event, but 30 days is the minimum to receive a diagnosis, he explained. In the midst of catastrophic flooding, Shah said he spoke with many people suffering acute symptoms such as depression, anxiety, panic disorder, and the fear of the unknown. Now he's worried about the long-term effects in the aftermath of the storm.

"My fear is that when these people go home, what is going to happen when they see their homes drowned, their furniture and valuables and whatnot destroyed, then the PTSD will set in," he said.

Those who have a history of mental illness are at a greater risk for developing PTSD, but anyone can be affected.

Symptoms of PTSD include flashbacks and nightmares, avoidance of situations that bring back the trauma, and strong physical reactions when reminded of the event, including heart pounding, trouble breathing, and sweating. The condition can also lead to feelings of depression and anxiety, as well as insomnia and trouble sleeping.

Research suggests about 7 to 8 percent of the population will experience PTSD at some point in their life.

The sudden and overwhelming nature of natural disasters can leave many shocked, emotional, and uncertain about their future — conditions ripe for the development of PTSD.

Shah said survivors of Hurricane Irma may also have been shaken by its extraordinarily powerful winds.

"In Texas, we had the flooding but we didn't have the wind," Shah said. "If you think about it, winds will cause a different angle of trauma. If you're at home with no power and you hear these winds and you're afraid a tree will fall on your home, that trauma, that noise from the wind will linger on in your mind for who knows how long."

The historic destruction caused by Harvey and Irma — and now Hurricane Maria tearing through the Caribbean — have left many wondering why this year seems so bad for disastrous weather events.

While scientists need weeks or months to conduct studies to analyze whether a particular weather event may have been worsened by the impact of climate change, a growing body of research suggests that global warming will make some of the worst storms wetter and even more intense.

"Scientists have been predicting not only these types of storms but more fires, tornadoes and typhoons — all of these extreme weather events — for some time now," Barbara Sattler, RN, a professor of public health at the University of San Francisco and board member of the Alliance of Nurses for Healthy Environments, told CBS News. "This is an encroaching public health crisis." Sattler was also a first responder in the immediate aftermath of Hurricane Katrina in 2005.

The constant warnings and 24/7 news coverage of destructive weather in recent weeks can take a major toll on survivors' mental health.

"When you're not sure if it's Jose or Maria or who knows what hurricane could be next, for so many people who are just getting out from under just the littlest bit, this is fraught with all sorts of stressful impacts," Sattler said.

She notes that the stress can even reach people who are not directly in the path of a storm.

"When we're seeing these visible effects of one hurricane after another, people who are in the middle of the country or the Pacific Northwest are feeling a level anxiety even though they're not in immediate harm's way," she said.

Shah said that typically, at least 5 to 10 percent of people who live through a natural disaster will experience symptoms of PTSD within the first six months. However, many who suffer will not seek help.

One reason, he says, is because of a lack of awareness. "Many people think it's normal to feel this way," Shah said.

Children also present a unique challenge in these situations, because PTSD manifests differently in kids who lived through traumatic events.

"They isolate themselves. They don't play. They don't eat. Their grades begin to fall. They don't socialize. And nobody's picking those things up," Shah said. "These are the symptoms that precipitate further and develop into PTSD symptoms."

Sattler said in the aftermath of Katrina, she and mental health experts she worked with made an important observation when it came to the mental health of children.

"The kids were immediately, apparently, more resilient than some of the adults," she said. "I use the word apparently because for them, unless they had seen something tragic, then in six months to a year, they would start displaying signs of post-traumatic stress syndrome."

If you notice PTSD symptoms in yourself or in a loved one, experts encourage you to speak to a health care professional. Treatment is available — typically cognitive behavioral therapy involving talk therapy and exercises to learn how to control overwhelming emotion associated with flashbacks. Medication can also be prescribed if necessary.

"We don't need to ignore the second wave of emotional disturbance that can come," Shah said. "Be aware of the warning signs because help is available and PTSD is absolutely treatable."

Can we reset our biological clocks?
Ashley Welch