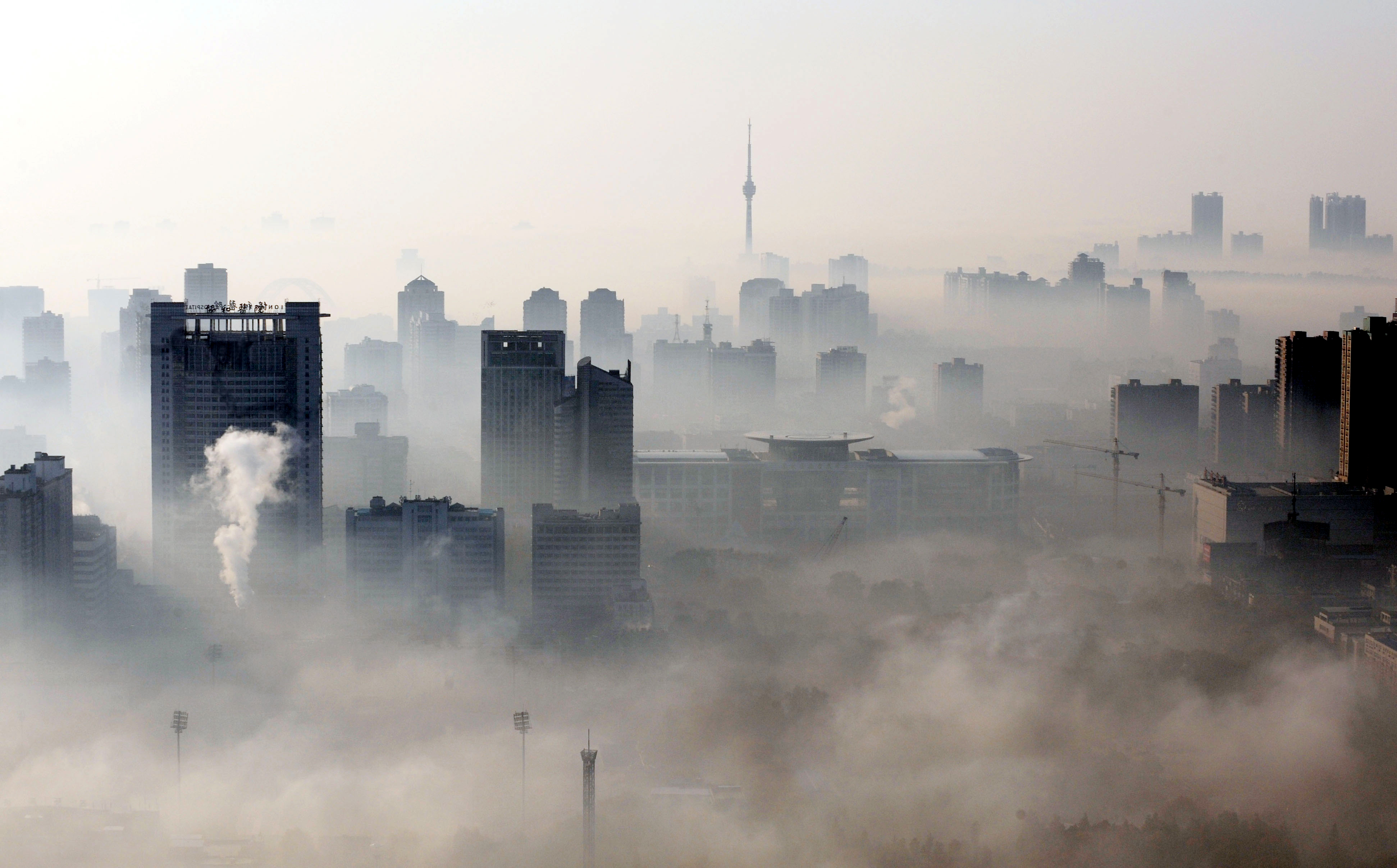 A sobering new report on the impact of climate change finds that extreme weather like killer storms and high-rising seas could be mere decades, not centuries, away.

The report, "Ice Melt, Sea Level Rise, and Superstorms," published Tuesday in the journal Atmospheric Chemistry and Physics, says that the 2-degree Celsius (or 3.6 degrees Fahrenheit) global warming threshold previously agreed upon by global leaders and scientists is too high. The research in the 52-page report is derived from observations of ancient climate change -- "paleo-climatology" -- as well as observations of current climate shifts, and data from computer modeling to forecast where the planet is headed.

"So, the question arises again: Have we passed the point of no return?" asked lead author James Hensen, a former NASA climate scientist, in a video message that accompanied the study release.

Hensen said that preventing such dire outcomes is all dependent on how quickly we act to "slow down" man-made climate change.

"I think the conclusion is clear, we are in a position of potentially causing irreparable harm to our children, grandchildren, and future generations," he said in the video.

So, what does the paper's doomsday scenario look like? The research points to the significant melting of Greenland and Antarctic ice sheets happening so quickly that they lead to as much as several meters of sea level rise within the next 50 to 150 years.

What will happen during this time is a "stratification" of the polar oceans, with a pool of cooler meltwater trapped at the ocean's surface while warmer water rests just underneath. This is dangerous, the paper argues, because the warmer water layer would hit the base of the polar ice sheets, melting them from below. This would result in accelerated ice melting and continued stratification, along with more rapid sea level increases.

Unfortunately, as you go through the paper, the news gets worse and worse. The North Atlantic area would actually cool, creating a bigger disparity between the ever-warming equatorial region, which in turn whips up huge storms and giant ocean waves.

"Many of the most significant and devastating storms in eastern North America and western Europe, popularly known as superstorms, have been winter cyclonic storms, though sometimes occurring in late fall or early spring, that generate near-hurricane-force winds and often large amounts of snowfall," the report states. "Continued warming of low-latitude oceans in coming decades will provide a larger water vapor repository that can strengthen such storms."

None of this is unprecedented. Hansen's team looked at events traced by paleoclimate scientists and geologists who determined that similar climate events took place 80,000 to 130,000 years ago, when temperatures warmed before the last ice age.

During that period, storms were so powerful they generated waves 40 meters (130 feet) high that could pick up and hurl huge boulders inland. "On rocky, steep coasts, giant limestone boulders were detached and catapulted onto and over the coastal ridge by ocean waves," the report says.

What's driving the Earth towards such extremes today, the scientists say, is the rising level of carbon pollution in the atmosphere. "CO2 is the principal determinant of Earth's climate state, the radiative 'control knob' that sets global mean temperature," they write.

Though last year's Paris climate talks brought together the world's nations to agree to curb carbon emissions, the report suggests those efforts may be too little, too late.

"The message our climate science delivers to society, policymakers, and the public alike is this: we have a global emergency. Fossil fuel CO2 emissions should be reduced as rapidly as practical," the authors conclude.

Toward the end of the video, Hansen declared that the tragedy behind the study's findings is that our planet's frightening trajectory could have been avoided.

"This is a tragic situation because it is unnecessary," he said. "We could already be phasing out fossil fuel emissions if only we stopped allowing the fossil fuel industry to use the atmosphere as a free dumping ground for their waste. If we collected a gradually rising fee from fossil fuel companies we could phase into clean energies. If done right, it would spur the economy and create jobs. But that's a story for another day."