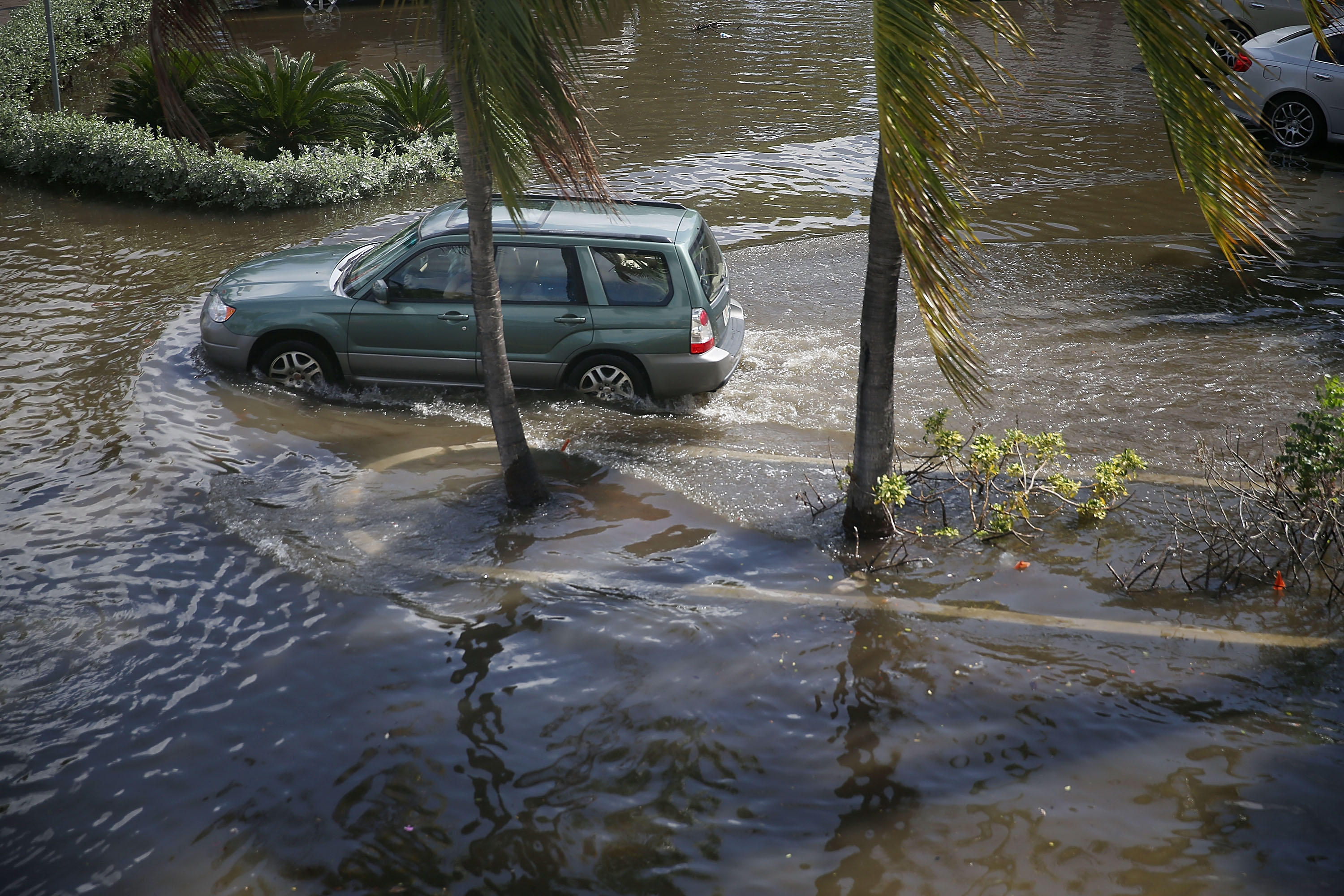 WASHINGTON, D.C. -- A new scientific report finds man-made climate change played some role in two dozen extreme weather events last year but not in a few other weird weather instances around the world.

An annual report released Thursday by the National Oceanic and Atmospheric Administration found climate change was a factor, however small or large, in 24 of 30 strange weather events. They include 11 cases of high heat, as well as unusual winter sunshine in the United Kingdom, Alaskan wildfires and odd “sunny day” flooding in Miami.

“It has to be measureable. It has to be detectable. There has to be evidence for it and that’s what these papers do,” said NOAA scientist Stephanie Herring, co-editor of the report.

In six cases -- including cold snaps in the United States and downpours in Nigeria and India -- the scientists could not detect climate change’s effects. Other scientists, though, disputed that finding for the cold snap that hit the Northeast.

Herring highlighted the Miami flooding in September 2015. Because of rising sea levels and sinking land, extremely high tides flooded the streets with 22 inches of water.

“This one is just very remarkable because truly, not a cloud in the sky, and these types of tidal nuisance flooding events are clearly become more frequent,” she said.

The report also found an increase in tropical cyclone activity and strength in the western Pacific can be blamed partly on climate change and partly on El Nino, the now-gone natural weather phenomenon. But similar storm strengthening hasn’t increased noticeably around the United States yet, said study co-editor Martin Hoerling, a NOAA scientist.

The report was published in the Bulletin of the American Meteorological Society. Using accepted scientific techniques, 116 scientists from around the world calculated whether the odds of the extreme weather events were increased by global warming. They based their calculations on observed data, understanding of the physics of the climate and computer simulations - techniques that the National Academy of Sciences said were valid earlier this year.

Columbia University meteorology professor Adam Sobel, who was on the national academy panel but not part of this report, praised the NOAA study but noted it wasn’t comprehensive. It picked only certain but not all weather extremes to study.

For the February 2015 Northeast cold snap, other scientists have connected the polar vortex pushing south to shrinking ice in the Arctic Ocean.

Judah Cohen, seasonal forecasting chief at Atmospheric Environmental Research in Lexington, Massachusetts, said he even predicted the 2015 polar vortex because of the low sea ice. He said the same thing is happening with the bitter cold hitting the U.S. this week.

NOAA’s Hoerling said the research found a connection between the shrinking ice and the polar vortex but didn’t see one causing the other.