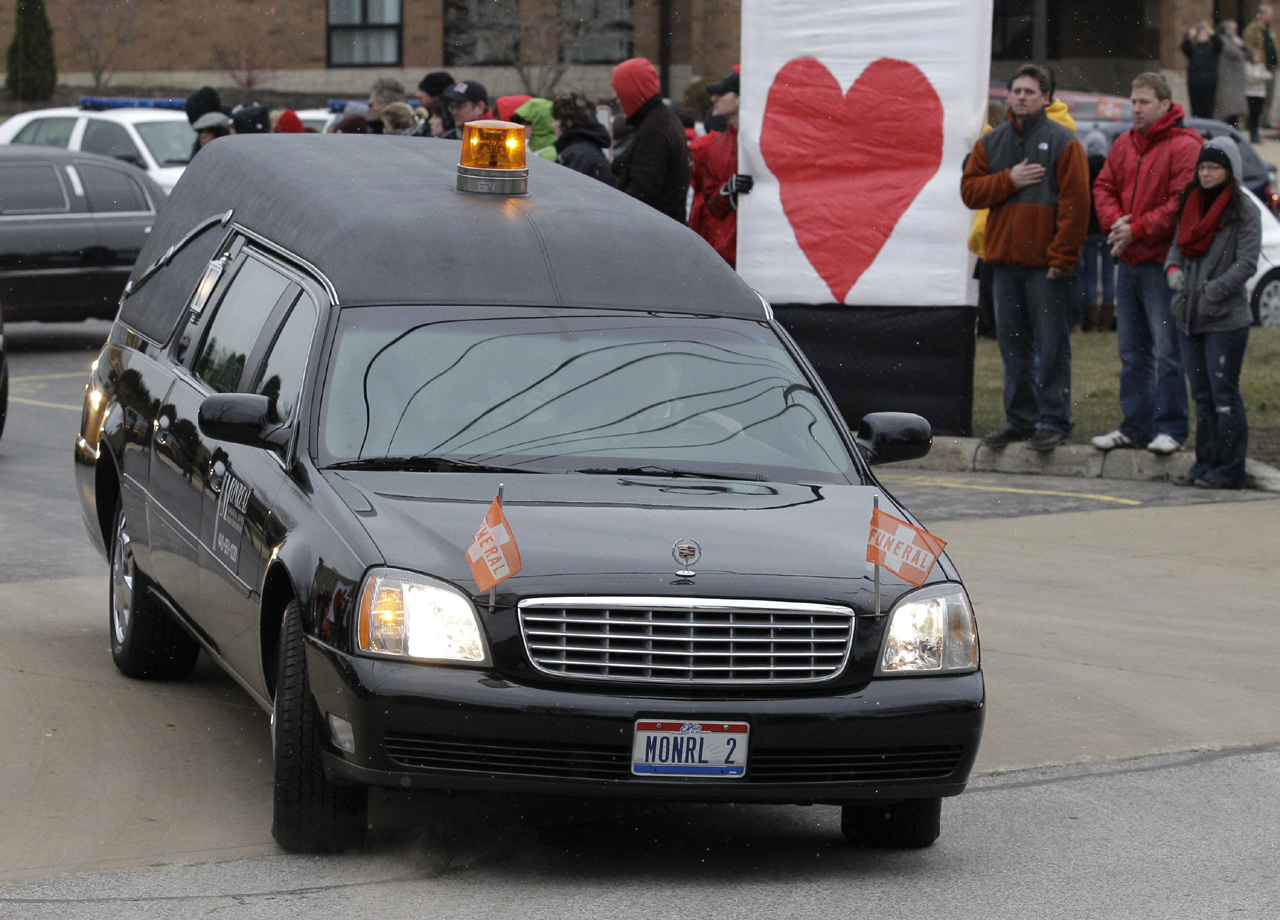 (AP) CHARDON, Ohio - Hundreds of people stood shoulder to shoulder along the street on a cold, windy Saturday morning to honor one of three teenagers killed in a high school shooting.

Parmertor's family said they planned to bury him with his first paycheck — still unopened — from his new job at a bowling alley, The Plain Dealer reports.

Those honoring the teen wore the school's colors of red and black and huddled in hoods, knit hats and blankets. They held U.S. flags and signs featuring red hearts and saying "We are One Heartbeat." Some expressed continued disbelief about the Monday attack.

Parmertor was remembered as a computer whiz and for his laugh and wit, WJW-TV reported.

Two other students were seriously wounded when a gunman opened fire in the cafeteria at Chardon High School, about 30 miles east of Cleveland. One remains in serious condition; a second has been released from the hospital.

The Mass was held at the Church of St. Mary across the street from the school complex where the attack occurred. It's the same church where thousands showed up for a vigil earlier this week.

On Friday, hundreds had waited hours in cold rain to pay respects to the teen at a funeral home in nearby Eastlake. He was to be buried at a Chardon cemetery.

Prosecutor David Joyce said the motive for the shooting remains unclear. He said the victims were selected randomly, and he called the suspect someone "who's not well."

Classes resumed at the 1,100-student school on Friday with police on hand.