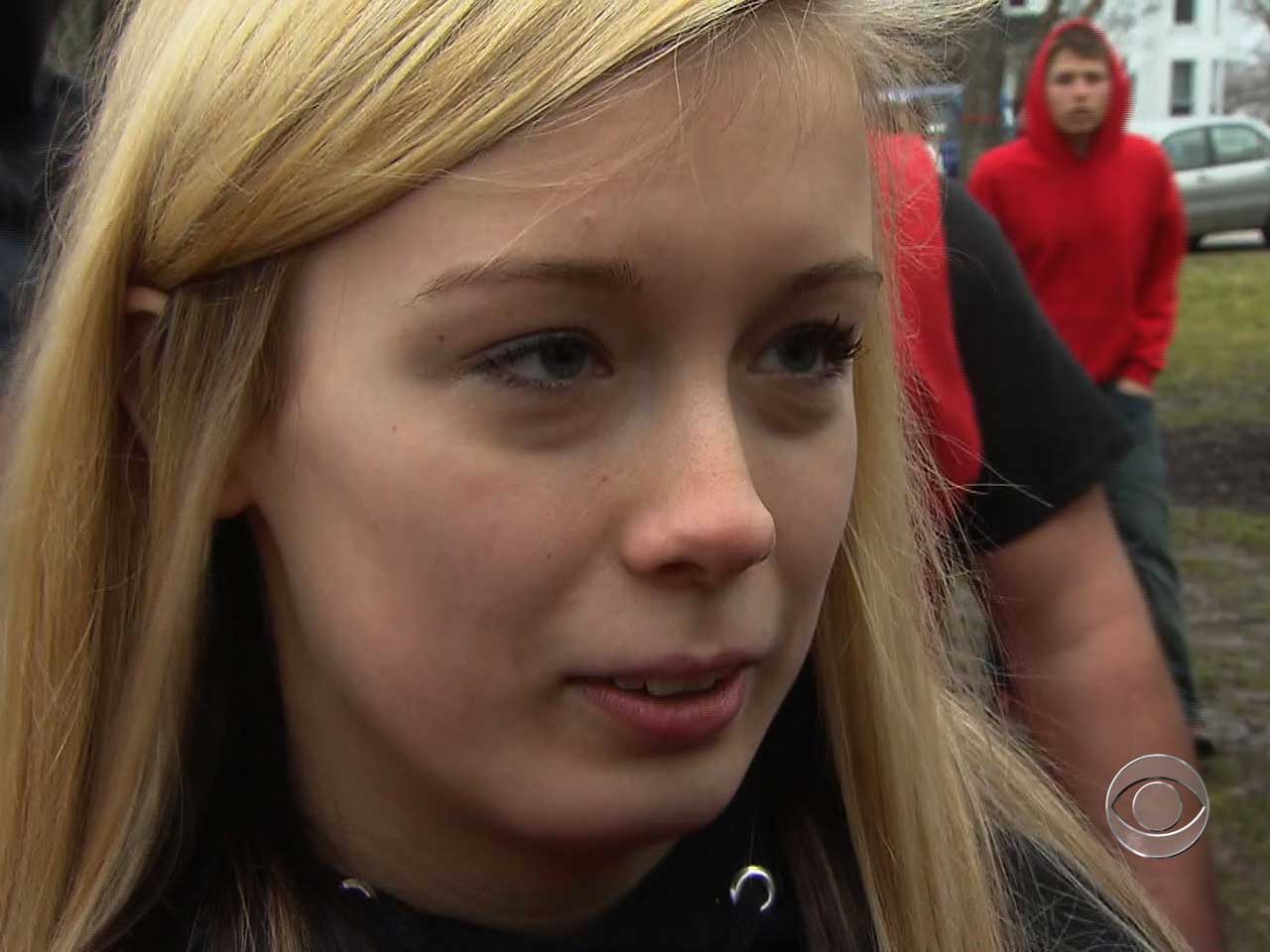 (CBS News) The Ohio teenager accused in a high school shooting on Monday was charged with three counts of murder Thursday.

CBS News correspondent Michelle Miller spoke with some of the high school students marching in support of reopening the school.

Junior Nichole Weaver walked with the hundreds of other students back to Chardon High School.

"It's just really hard to figure out how I should feel about all this when they were all my friends," Weaver said.

"I remember in middle school he had a lot of friends," Weaver said.

"I would go to the cafeteria, he'd be sitting there by himself and I feel like I failed as a friend, because I should have like at least gone up to him and said like, "How was your day? how are you doing?" and everything," Weaver said.

Ohio court and police records reveal Lane's home life was deeply troubled. His father, Thomas M. Lane, Jr., was arrested for assault and served time in prison. The boy's mother, Sarah Nolan at times did not live with her children.

Fogarty lives across the street and owns the house Lane shared with his father, brother and sister. The house has been empty since they moved away about five years ago. The bedroom doors are padlocked on the outside.

"The house had been turned into something like looked like a jail cell. There were internal padlocks that you would use to lock the children in," Fogarty said.

TJ Lane's grandparents gained custody of the boy. Neighbors say his grandparents did their best, but in the past two years, deputies were often called to the home to deal with problems caused by his older brother's drug use. In 2009, TJ Lane was charged with assault for allegedly punching and choking his uncle during a fight. A judge ordered community service.

"It's hard to take in, because he's not the kind of person who would do this. The reason people are calling him an outcast I think is because once high school started he separated himself from everybody at Chardon," Nicole Weaver said.

The biggest mystery remains motive. Prosecutors say publicly that TJ Lane chose his targets at random, but investigators tell CBS News that Lane knew his victims well. In the opinion of the investigators, Lane was pushed over the edge by a dispute with one of the boys over a girlfriend, and the shooting was retaliation.