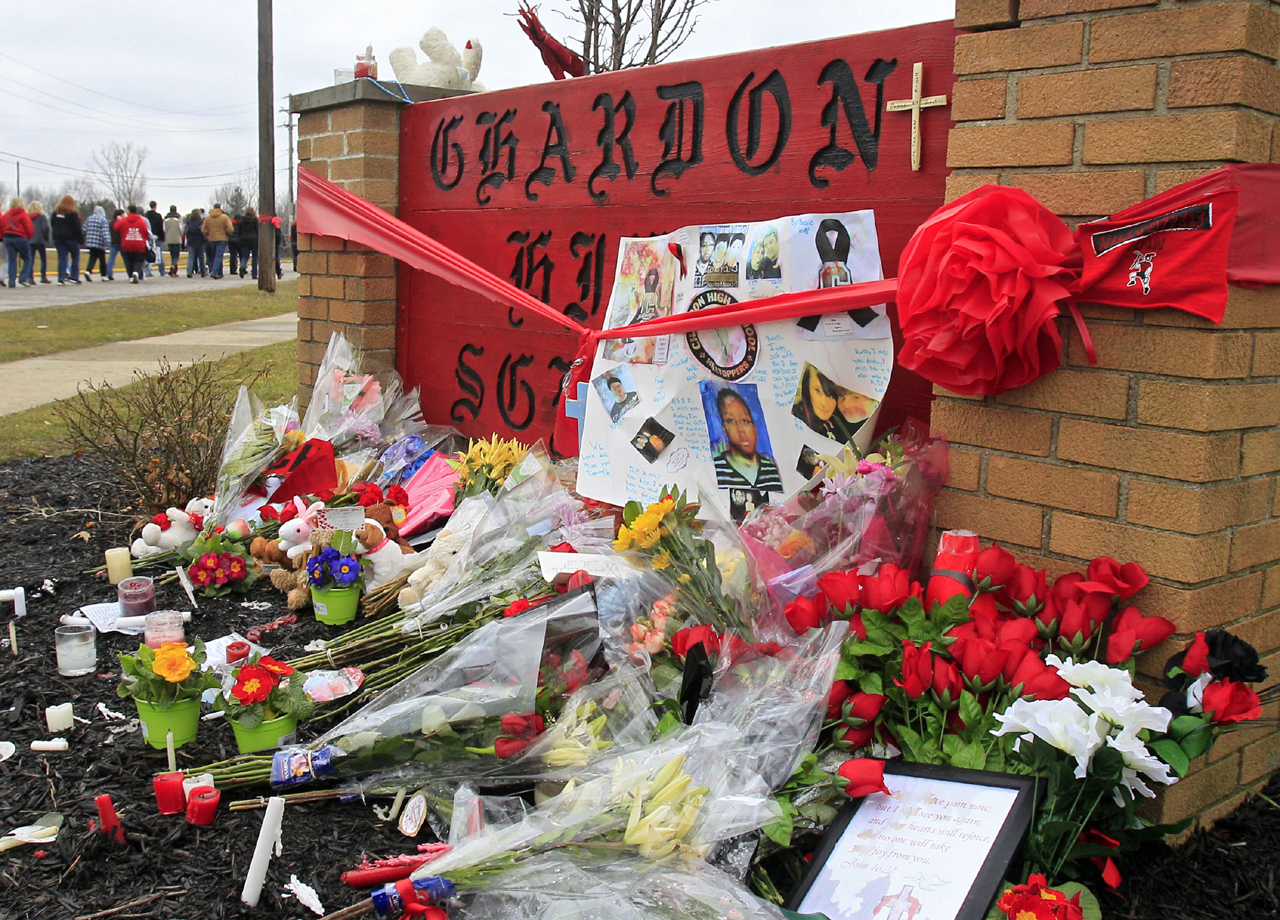 Police were on hand as students arrived under cloudy skies - by car, on foot and by school bus - at Chardon High School, about 30 miles east of Cleveland, as classes resumed for the first time since Monday's shooting.

Students from neighboring schools and parents also gathered outside the entrance to "clap-in" Chardon students as they entered the building, reports CBS Affiliate WOIO.

Lane, who attends an alternative school for students who haven't done well in traditional schools, admitted taking a .22-caliber pistol and a knife to Chardon High and firing 10 shots at a group of students sitting at a cafeteria table, prosecutor David Joyce said.

No motive has been determined. Joyce has said that victims were selected randomly and called Lane someone "who's not well."

But CBS News correspondent Michelle Miller reports that Lane knew some of his victims well. Investigators told CBS News one factor which may have led to the shooting is that Lane's girlfriend had left him recently and started dating one of the boys he allegedly killed.

During Lane's shooting rampage, teacher Frank Hall chased the teen away from the building. He later surrendered to innocent bystanders about one hour later.

At Hillcrest Hospital, 17-year-old Nick Walczak remains in serious condition after being shot several times. Joy Rickers, 18, was released from the hospital.

Lane is reportedly cooperating with police and made his first court appearance Tuesday afternoon. Wearing a bullet proof vest, Lane was rushed through a back door of the courthouse.

Children convicted of juvenile crimes in Ohio are typically behind bars only until they turn 21 in the most serious cases. But prosecutor Joyce has said he plans to charge Lane as an adult, meaning he could face life in prison without parole if convicted of similar adult charges. Minors are not eligible for the death penalty in Ohio.

Lane's attorney, Robert Farinacci, could not be reached for comment on the charges. A message was left at his office.

To watch Michelle Miller's report click on the video player below.

Friday also marked the start of a series of memorial services for the slain students. A visitation was scheduled Friday in Eastlake for Parmertor, and his funeral Mass is Saturday morning.

Visitation is Monday evening in Chardon for Hewlin, and his funeral Mass is Tuesday morning. Visitation for King will be Wednesday, with a funeral the next morning in Chardon.

Hewlin attended Chardon High. King and Parmertor were vocational school students, waiting in the Chardon High cafeteria for their daily bus when they were shot.

The motive for the shooting is unclear, though the prosecutor appeared to rule out theories involving bullying or drug-dealing.

Lane was a normal boy who excelled in school and played outside often with his sister, building snow hills and skateboarding, according to Steve Sawczak, a family friend who's a pastor and has worked with troubled children.