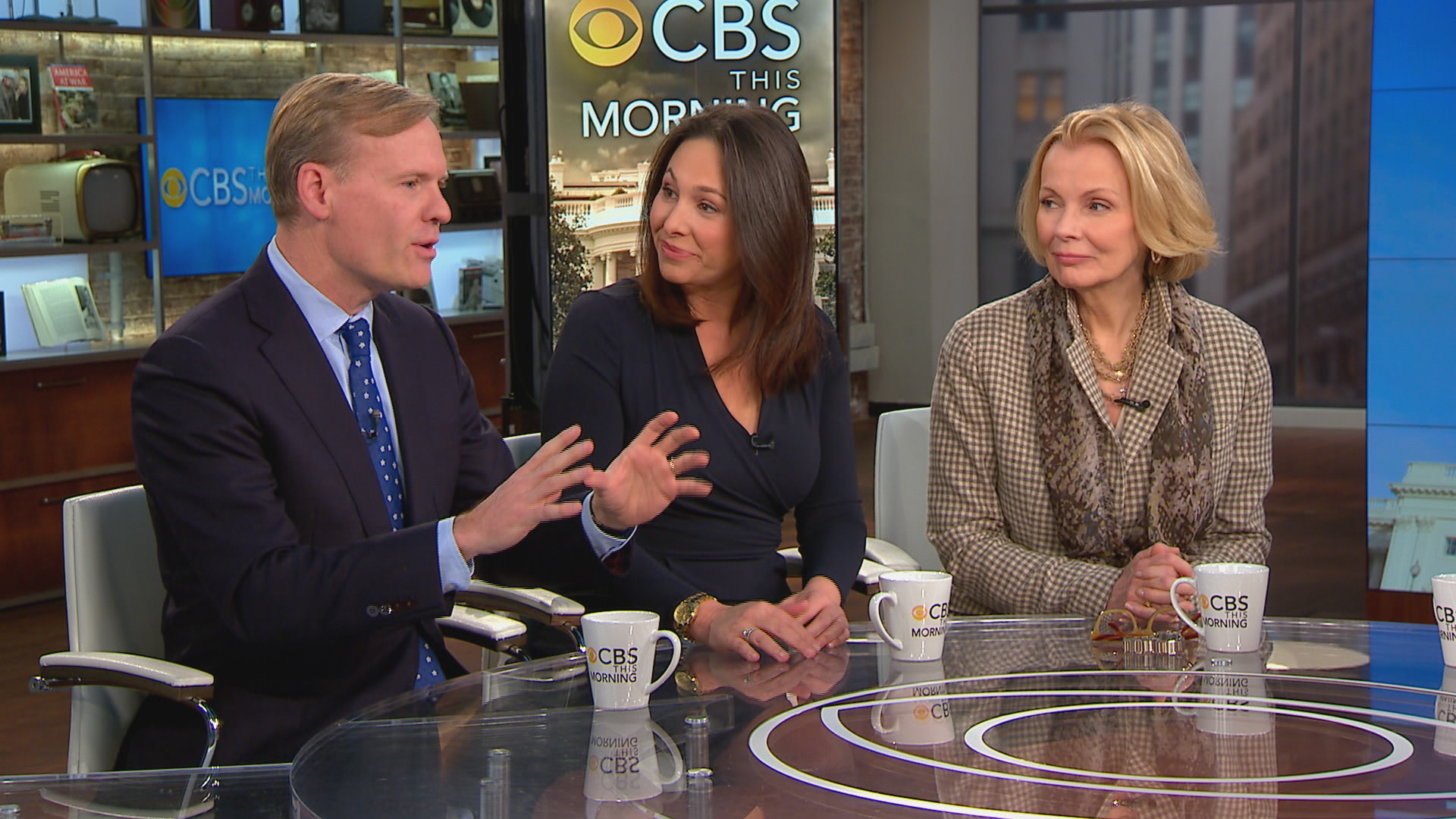 Change is coming to Washington in 2015 with the Republicans controlling the House and Senate for the first time in eight years. They will have their largest House majority in more than 75 years.

The outgoing Congress managed to agree on a spending bill to keep the government running, but a recent Pew Research Center poll suggests Americans are not cheerful about the future. Only 20 percent believe President Obama and Republican leaders will make significant progress on the country's biggest problems.

The upcoming 2016 presidential elections will also be part of the discourse. Former Florida Gov. Jeb Bush is the first to say he's interested in running for the White House.

"At the same time everyone is singing 'Kumbaya' and saying they want to work together, Republicans have a whole host of issues that they're going to want to work on now that they control all of Congress," Cordes said.

Dickerson said one of the questions will be how the "inevitable clashes" between the parties will play out.

"Can there be two tracks? Can people operate and get a deal done like the spending deal at the end of last year?" Dickerson said. "There's a lot of anger, a lot of speeches, a lot of drama ... but can they still do business? Because the other track is going to be chaos. There's going to be bill after bill passed by Republicans, sent to the president, which the president will then veto. And will people be able to sort of handle that kind of fighting back and forth, or will it just shut everything down and everybody will talk about how nothing gets done?"

"Republicans, even though they don't yet control both the House and the Senate, are already feeling their oats," Cordes said. "They slipped in a few big priorities at the last minute [in the spending bill] and Democrats then had a big choice to make. They kind of came down into two camps. You had one camp of Democrats saying, 'Look, we don't love this, but it's going to get even worse in the new year, so we have to just go ahead and take this deal.' Then you had other Democrats like Nancy Pelosi saying, 'No, we've got to take a stand because it is only going to get worse for us in the new year, and we have to show them now that we have limits and we won't get pushed around.'

"In the end, the White House and that wing of the Democratic Party won, but I think you can see going forward that it's not just going to be Republicans going against Democrats, but you're going to have two camps of Democrats trying to figure out what the strategy is."

"When you've got party leadership trying to establish one track, and then you've got a whole bunch of very prominent members who are in some ways standard bearers of the party, especially going forward, saying, 'No, I don't agree with that, we should go this other way,' it really makes things tricky."

"In the past," Noonan said, "every two years I have thought, 'Ah, the president is going to absorb a lot from this one. He's going to change his ways.' He has never changed his ways. We will see if 2014 was enough of a sock in the jaw to make him to reconsider."

"Presidents usually struggle against the lame-duck label," Dickerson said. "They spend their last two years struggling, struggling. Barack Obama, his aides will tell you, the way he cements his legacy is if a Democrat gets elected. And that's looking, if Hillary Clinton runs, she is the odds-on favorite, which means ... he will have to get up at some point and put on the lame-duck suit because he has to get out of her way. He will have to do that of his own volition because he thinks that his legacy is cemented by her re-election, and that's a tricky thing for the president to have to do when your instinct is to struggle against it. If he's out there making news, at some point the news he makes detracts from her candidacy."