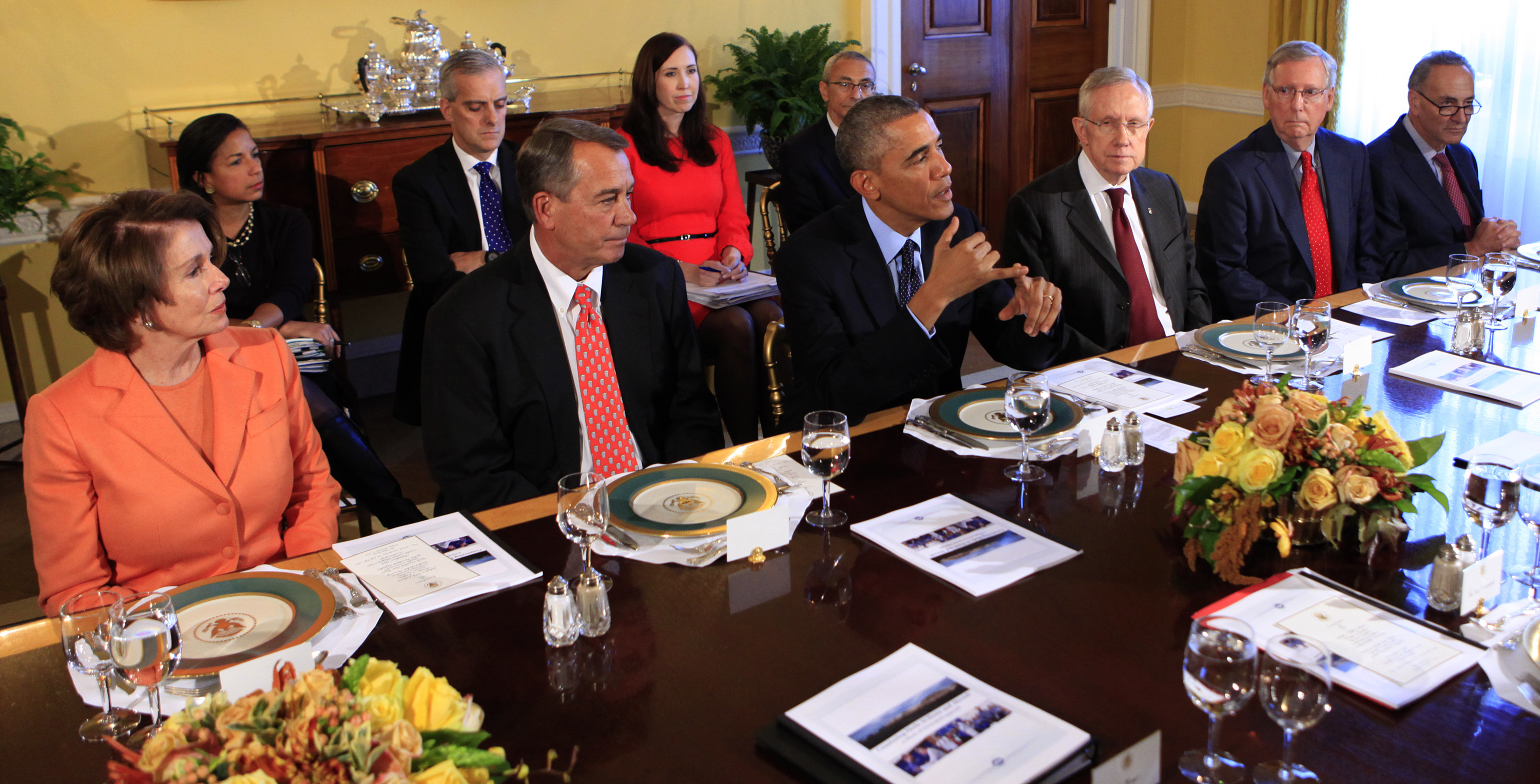 After the Republican takover of the Senate last week in the 2014 midterms, President Obama is now in the midst of figuring out how to work with a Congress entirely controlled by Republicans for the first time in his presidency.

Those expecting the president to focus now on finding new ways to engage his rivals may have to wait. In spite of language that sometimes sounded conciliatory last week, the president seems likely to rely on the strategy he's used for the past six years: using his bully pulpit to rally the American people and convince the GOP to change course.

"One thing that I do need to constantly remind myself and my team of is, it's not enough just to build a better mousetrap. People don't automatically come beating to your door. We've got to sell it. We've got to reach out to the other side and, where possible, persuade," the president said in an interview with CBS News Chief Washington Correspondent Bob Schieffer on "Face the Nation" Sunday. "I think there are times, there's no doubt about it, where, you know I think we have not been successful in going out there and letting people know what it is that we're trying to do and why this is the right direction. So there is a failure of politics there that we've got to improve on."

But pundits, reporters and presidential scholars are divided on whether the strategy will work. How can Mr. Obama possibly hope to forge compromise with a Republican Congress while he still seems intent on working around them?

"If you're going to reach out to the other side on something, one of the things you want to do is listen. But we didn't hear that. And what we heard is the continuous Obama line, 'I'm heading in the right direction. This is right,'" said Washington Post reporter Bob Woodward on a "Face the Nation" panel following the president's interview. "No one knows better than Obama that all these powers are shared with Congress, and a 'go it alone' approach is just not going to work."

This is not the first time the president has blamed a tough political situation on his inability to connect with the American people. During an interview with "CBS This Morning" anchor Charlie Rose in 2012, Mr. Obama said the biggest mistake of his presidency was paying too much attention to crafting policy and not enough to the story he was telling the American people.

Some presidential scholars maintain that Mr. Obama faces enough opposition from Republicans, and that trying to compromise with Republicans will only hurt the precious time he has left to establish a legacy.

"I'm not that optimistic Republicans are going to change their tune at this point because they're winning. Why give him a victory at the very end?" Princeton University history professor Julian Zelizer told CBS News. "There are basic disagreements that they have that i don't think will be resolved simply by a change in demeanor."

Allan Lichtman, a presidential historian at American University, predicted that Mr. Obama's final two years will be occupied by three things: vetoes of legislation from the Republican Congress, executive orders, and foreign policy.

"The only two things he has to worry about are his legacy and the next presidential election and he's not running and both of those things call for...bold action," Lichtman told CBS News.

The immigration debate offers a likely arena for some kind of action--bold or otherwise--from Mr. Obama. He spent 2013 and part of 2014 publicly pressing Congress to pass a broad overhaul of the nation's immigration laws, and then backed a bipartisan bill that cleared the Senate in 2013. When that was not taken up by the House, he promised to take executive action by the end of the summer of 2014. But the president then decided to delay any unilateral moves until after the midterm elections, in order to avoid hurting Democrats running for re-election in red states.

Those Democrats lost their elections anyway, and soon after, one of the first things Mr. Obama said was that he was moving ahead with actions he believes will improve the system. Congress had months to work on it, the president argued, and can always supersede whatever he does by passing their own legislation.

Republicans have argued this will not only poison the well on immigration reform, but ruin the prospects for working together on any issues for the president's final two years.

"Most people in Washington think that is going to throw a hand grenade" into the entire debate, Harvard University professor and former bipartisan presidential adviser David Gergen said on the "Face the Nation" panel. "The party that wins doesn't say, OK, now we're willing to compromise. The loser has to say I'm going to be willing to change course."

The president, he added, promised to "spit in your face" over immigration before compromising on other issues.

There's already evidence that the immigration debate will reach into other areas of the president's agenda. Some Republicans are already linking the confirmation of Loretta Lynch, Mr. Obama's nominee to be the next attorney general, to her disavowal of any plans for executive action that would halt deportations.

"The Attorney General is the President's chief law enforcement officer. As such, the nominee must demonstrate full and complete commitment to the law. Loretta Lynch deserves the opportunity to demonstrate those qualities, beginning with a statement on whether or not she believes the President's executive amnesty plans are constitutional and legal," Republican Sens. Ted Cruz of Texas and Mike Lee of Utah said in a joint statement.

Mr. Obama had already begun laying the groundwork for a more aggressive use of executive authority at the start of 2014 when he was facing a gridlocked Congress. In his first cabinet meeting of the year, the president pledged to use his pen and a phone to work around Congress, and proceeded to use executive orders to push parts of the Democratic agenda like increasing the minimum wage for federal contractors.

In addition to immigration, Zelizer noted Mr. Obama has yet to unleash the powers of the presidency on climate change, the other area where he has suggested he will go around Congress to do what he can. If he takes action on those issues, it will be a gamble that Republicans wouldn't work with him on any of his priorities anyway.

"He might lose a broader game but get something from executive power and that's probably a calculation I bet he is willing to make," Zelizer said.