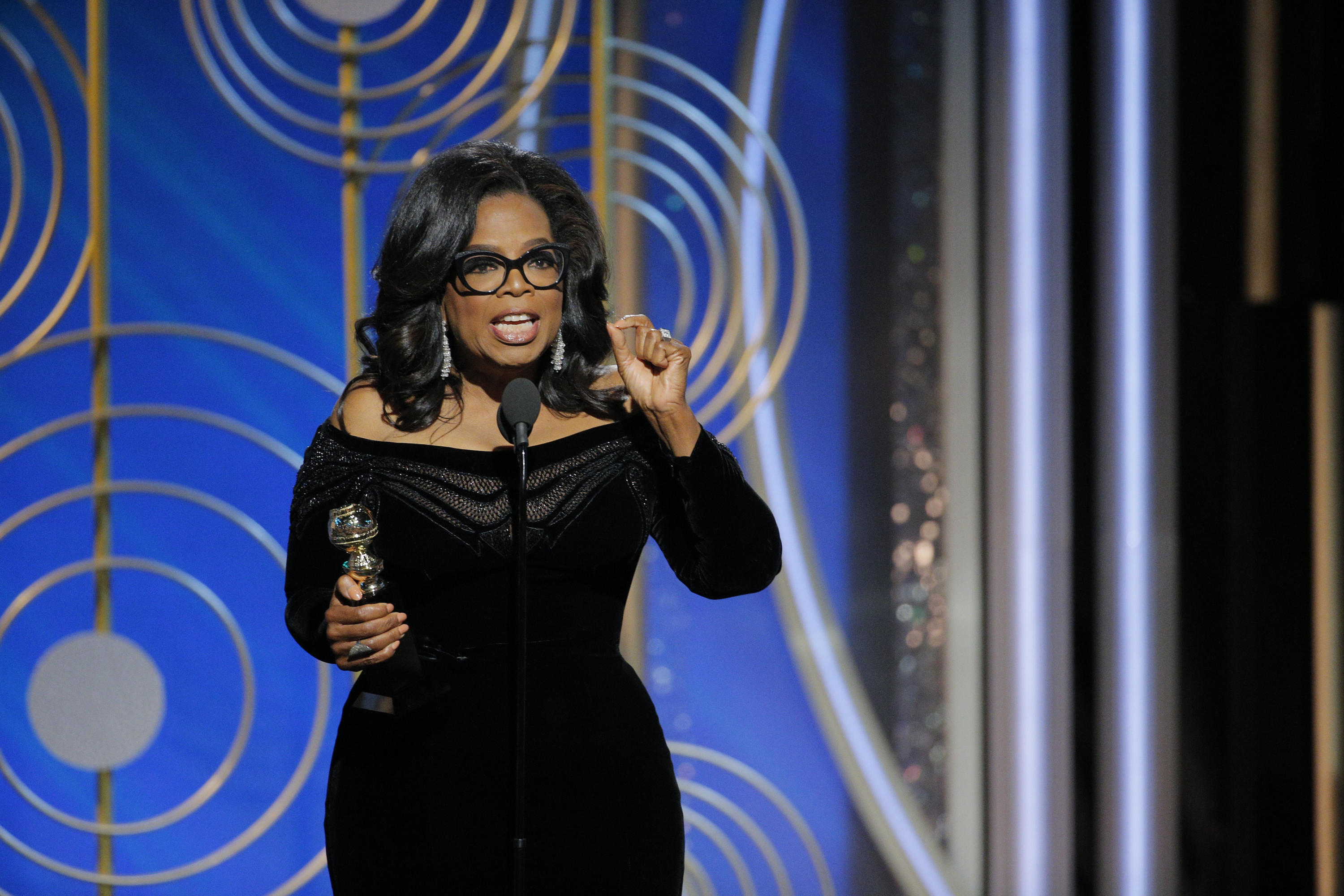 In the wake of sexual harassment scandals throughout the entertainment industry and beyond, Hollywood stars last night used the occasion of the 75th annual Golden Globe Awards ceremony — traditionally a fun-filled bash — to bash old ways of doing business. Actresses dressed in black, and men wearing buttons reading "Time's Up" were outspoken about the need to change disparities in representation, hiring and pay.

On "CBS This Morning" Monday, New York Times reporter and CBS News contributor Jodi Kantor said, "I woke up this morning and said, 'Did I have a crazy dream last night in which the leading actresses of Hollywood effectively dismantled and challenged the traditions of the red carpet by saying we're not here just to be pretty objects — we're going to talk about substantive issues on the red carpet, and we're going to use the red carpet, which was traditionally seen as pretty retrograde, to change the gender dynamics of Hollywood.'"

Discussing Seth Myers' performance as host, New York Times culture reporter Melena Ryzik said, "I think he made the most of the anxiety because he addressed the elephant in the room — or the elephant not in the room, as he put it — right away, and he made some really cutting jokes. He mentioned Harvey Weinstein; he got booed in the first few minutes of the show, and then he was able to go on and kind of be the awards host that we might have expected.

"Anybody who's involved in the Oscars telecast was watching that closely, and they probably breathed a sigh of relief afterwards."

Kantor added, "The Oscars truly are the leading part of the film industry. So I bet those organizers are having some pretty interesting conversations right now."

She noted that the absence of Weinstein, the former Miramax and Weinstein Company executive who was perennially front-and-center during awards season, was palpable. "He was one of the architects of the award show circuit as we know it, which is part of what made last night powerful," Kantor said. "On the one hand, he kind of hovered in the room, but on the other hand people really didn't talk about him that much. There was a very strong push on looking forward, looking to the future, doing better."

The evening's over-arching theme of combating gender disparity and sexual harassment stretched beyond the entertainment world. "Part of what was notable is the way they were trying to expand it to other industries. They were saying, 'This is not just about us; this is about the common experiences that so many women across the economic spectrum have,'" Kantor said.

Ryzik observed that because of how long it takes to makes movies, it may take time to see changes for women on screen or behind the scenes. "Last night they pointed out that change needs to happen, or they're going to continue to call it out … the way Natalie Portman did." [The actress pointedly noted the five "all male" nominees for Best Director.] "Of course, there may not be all-female directing nominees yet, but people are going to shine a light on that fact more often than in the past."

Another notable statement was made by actress Debra Messing ("Will & Grace") about gender and pay equality. During a red carpet interview with the E! channel, she said, "We want equal pay, and I was so shocked to hear that E! doesn't believe in paying their female co-hosts the same as male co-hosts" — a reference to E! host Catt Sadler, who announced her departure last month after learning that her male counterpart made "close to double" her salary.

"People are getting a lot more honest about it," Kantor said. "That's the kind of honesty and frankness that we have not seen on the red carpet before. It was one woman speaking up on behalf of another woman, so I thought it was an interesting indicator of where that conversation would go.

"When you talk to the actresses in private, I've had many off-the-record conversations that I can generally summarize, and it's a burning issue among these women. The actresses feel it very acutely."

Oprah Winfrey, who was accepting the Hollywood Foreign Press Associations' Cecil B. DeMille Award, stole the show with a speech about aspiration, inspiration, hope and change — and even raised talk of a presidential run in 2020.

"We all knew Oprah could do an inspiring, fiery, rousing speech, but what a great reminder," Ryzik said.  "And I think what she was so effective at was in uniting the themes of the night. Some of the messages that other people spoke about in their award speeches — Time's up, the fact that this is a moment of inspiration for women, that this could be a moment of change — she kind of brought all of that together in a really powerful way."