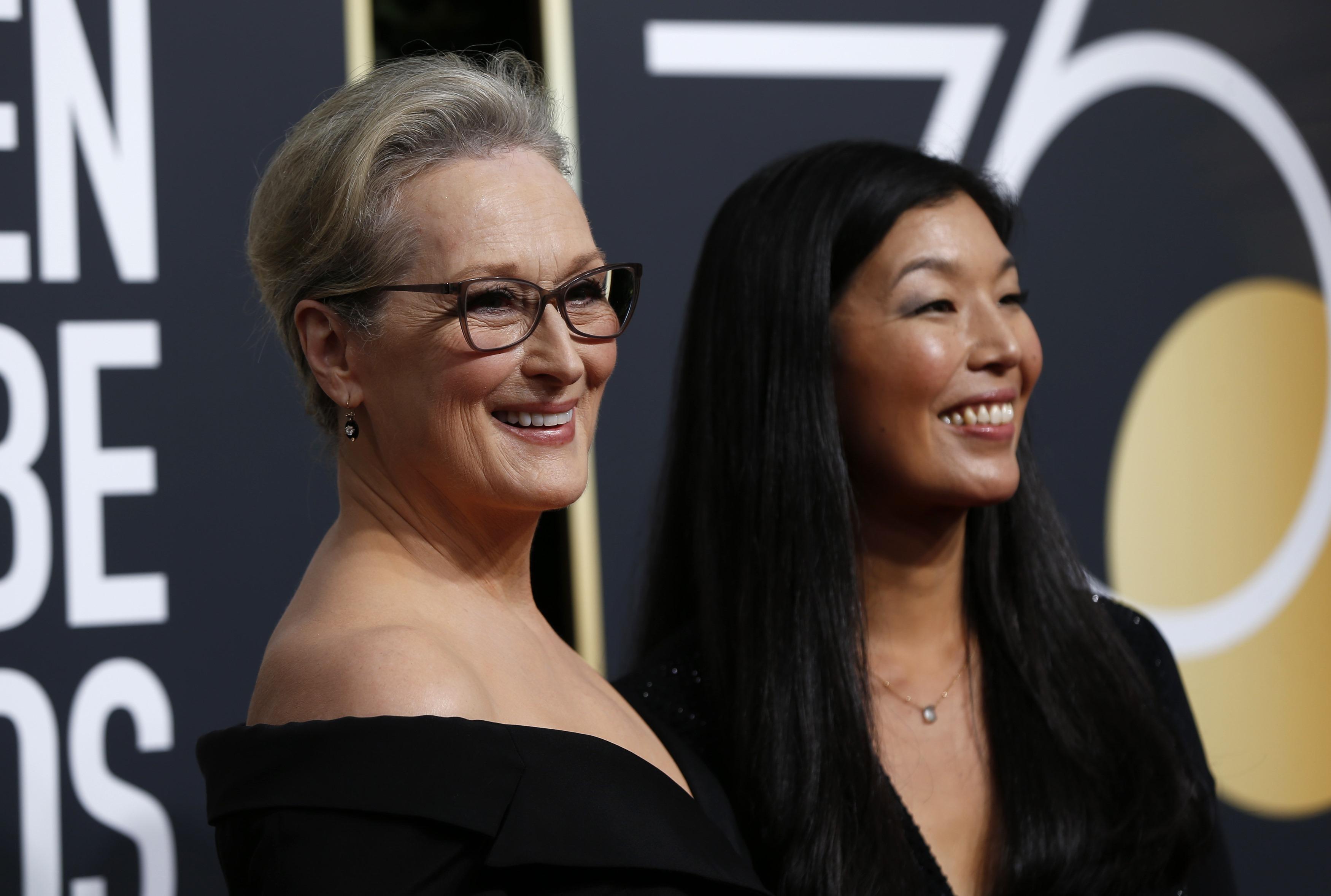 LOS ANGELES -- The red carpet at this year's Golden Globes will have a very different tone this year thanks to the #TimesUp movement. Meryl Streep, Michelle Williams, Emma Watson and Amy Poehler are among the eight actresses who are planning to bring gender and racial justice activists as their guests to the Golden Globe Awards Sunday evening in an effort to shift the focus back on survivors and solutions, and away from perpetrators of sexual misconduct.

Streep will walk the red carpet with Ai-jen Poo, the director of the National Domestic Workers Alliance, Williams with Tarana Burke, the founder of the "me too" movement and Watson will bring Marai Larasi, the executive director of Imkaan, a Black-feminist organization.

Poo said in a statement that she was working with Streep to "shine the spotlight on domestic workers and people who are particularly vulnerable to abuse and often excluded from protections or recourse." She added, "I'll be wearing black along with other movement leaders representing women in vulnerable sectors and joining Hollywood actresses to share the same message: Time's up on abuse. Time's up on exploitation. Time's up on silence."

In a statement Sunday, the advocates say they were inspired by the Time's Up initiative, which launched Monday with the backing of hundreds of Hollywood women, like Streep, Reese Witherspoon and Shonda Rhimes. The initiative vowed support for women in the entertainment business and beyond, from janitors to health care workers.

"Each of us will be highlighting legislative, community-level and interpersonal solutions that contribute to ending violence against women in all our communities," the advocates' statement said Sunday. "It is our hope that in doing so, we will also help to broaden conversations about the connection to power, privilege and other systemic inequalities."

The statement says that women of color should be at the center of the solutions.