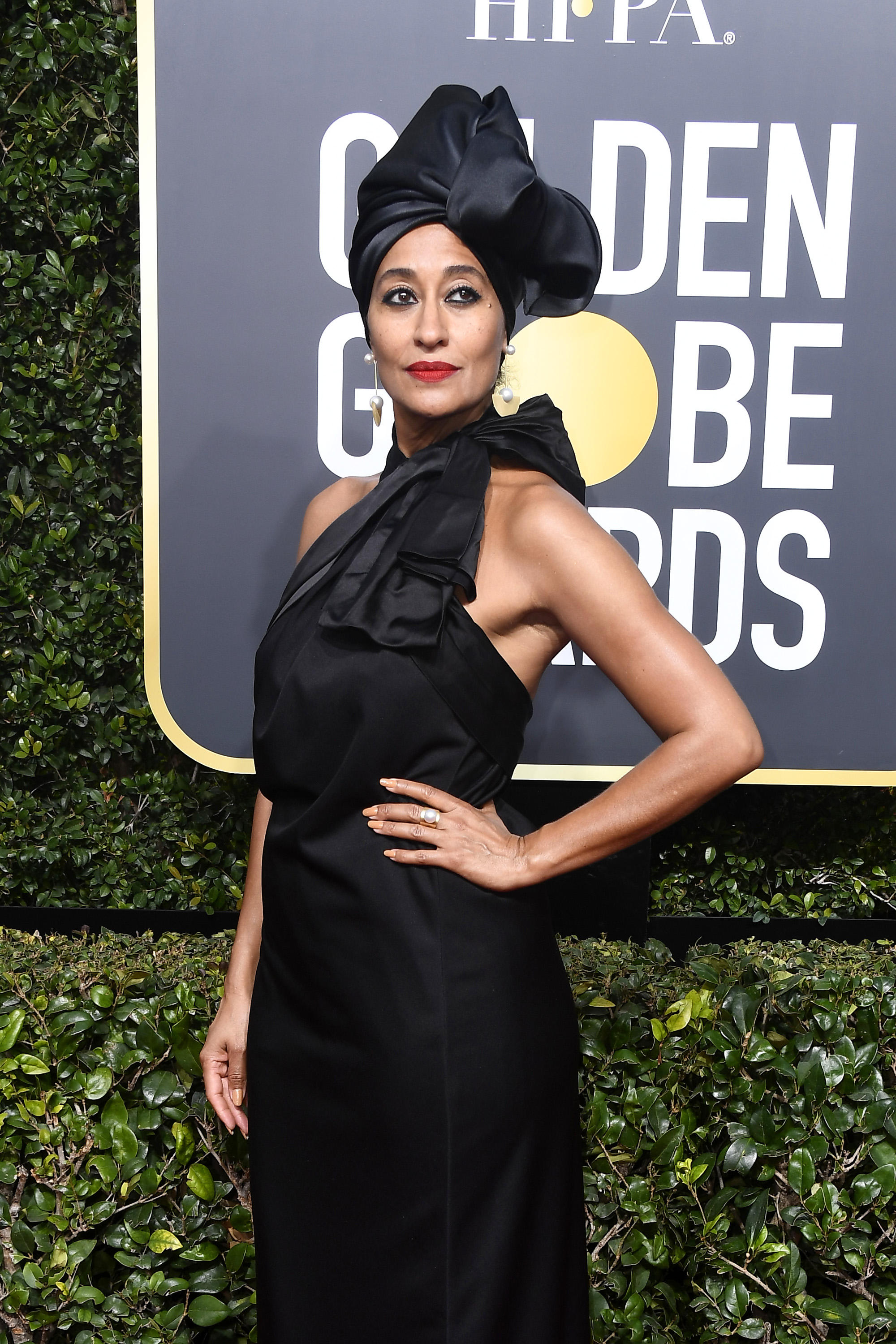 The Golden Globe Awards seemed to have a dress code, as actresses and actors took over the red carpet in mostly black gowns and tuxedos. The highly anticipated wear-black protest at the Golden Globes took off Sunday as soon as the red carpet opened, including A-listers Meryl Streep in a deep V-cut gown and Michelle Williams in an embellished off-the-shoulder look with "Me Too" founder Tarana Burke at her side.

Streep, accompanied by domestic violence advocate Ai-jen Poo, said she chose black to stand in solidarity with others trying to right the power imbalance that leads to sexual abuse.

"We want to fix that and we feel sort of emboldened in this particular moment to stand together in a thick black line," Streep told the black-clad Ryan Seacrest.

What would Katharine Graham think of all the black?

"I think she'd be over the moon," said Streep, who portrays Graham in "The Post."

Jessica Chastain and Octavia Spencer, who both sported black gowns, said the protest was about empowerment.

On the Golden Globes' Facebook Live feed, Spencer said, "It's about people who are voiceless. It's about empowering those people."

Chastain, who said Spencer was her date, added, "We stand in solidarity against any abuse of power."

Natalie Portman and America Ferrera said it was moving for them to see women come together against sexual harassment.

Portman said, "We realize how much louder and stronger our voices can be together."

Ferrera said that it was incredible to team up with other women, saying, "We've been on the phone, email, texts and have been able to engage with one another in ways that are unprecedented." Portman even said that she joined Instagram because of the #TimesUp movement: "We want our workplaces to reflect the world we live in and have everyone represented," she said.

Turning the Globes dark on the fashion front had been anticipated for days after a call for massive reform following the downfall of movie mogul Harvey Weinstein and numerous others accused of sexual misconduct in Hollywood, media, fashion, tech, publishing and other industries. The new initiative Time's Up, backed by more than 300 women in Hollywood, doled out pins intended in part for those who might already have locked in more colorful looks.

Though the red carpet was dominated by black, actors made it their own: Allison Williams provided a pop of orange and silver on the bodice of her black column gown. Singer Kelly Clarkson sported gold at the neck and on one sleeve of her black Christian Siriano dress.

One of the bite-sized stars of "Stranger Things," Sadie Sink, joined the black protest, paired with Chopard jewels.

Not everybody supported the protest. Rose McGowan, who has accused Weinstein of rape, has loudly and persistently called the effort an empty gesture.

Daniel Kaluuya, star of "Get Out," supported in a black tux with a Time's Up pin on his lapel. He said he feels privileged to stand by the women fighting against the unnecessary evils that are happening in the industry.

Alison Brie, nominated for her Netflix wrestling show "Glow," wore a dramatic strapless black dress with a sweetheart neckline. She thinks change will come when more women are in power at the top and a lot more listening needs to happen across all industries.

Alfred Molina was among those men who paired their traditional tuxedos with black shirts rather than the typical white ones. So did David Harbour of "Stranger Things."

"It's out of solidarity in a way," Molina told The Associated Press. "I can tell you it's a very small gesture. Me wearing black isn't going to change anything, but from small gestures come big ones. I think it's important to let women know that you listen to them and believe them."