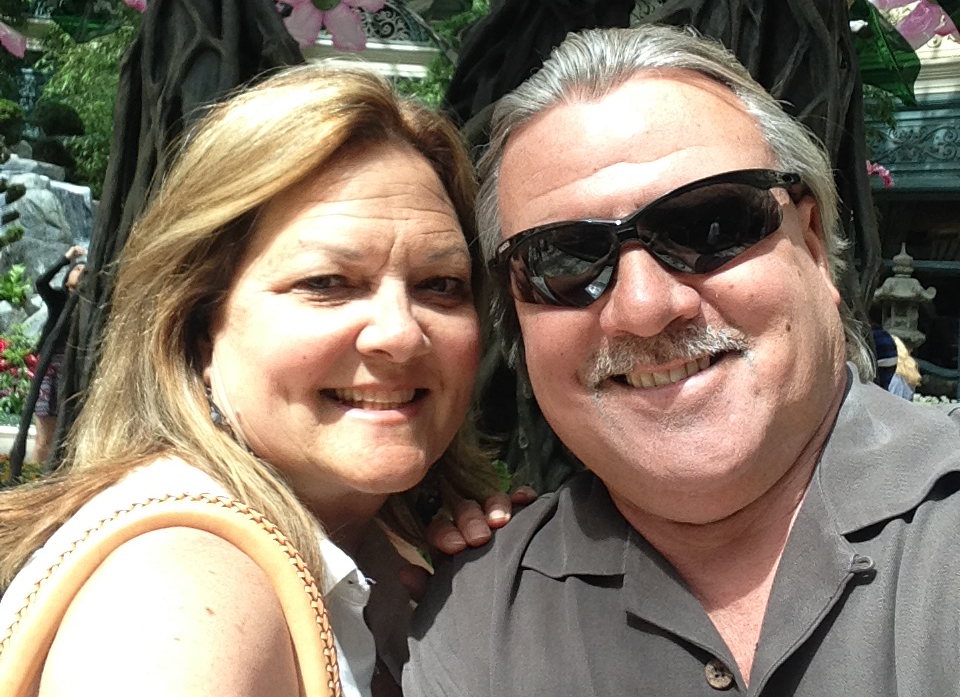 When Bill Geske was diagnosed with cancer six and a half years ago, at the age of 50, his life was turned upside down.

After being rushed to the emergency room with severe stomach pain, doctors found a tumor in his kidney and unusual spots on his lungs. For treatment, Geske, now 57, had his kidney removed. Though at the time the spots were dismissed, a few months later, after experiencing piercing pain, he learned from doctors that the cancer had indeed spread.

The prognosis wasn't good, and doctors estimated his survival to be no more than two years. On top of the emotional and physical toll this took on Geske, his personal and family life suffered.

"It's been such a roller coaster ride," he told CBS News. "We have a construction business. We have two children who were thrown into the middle of this chaos of not only watching their dad fight for his life, but they've had to grow up very fast and handle the business, which at first they knew nothing about."

But through all the turmoil, there has been one constant: his wife Diane.

Whether it was accompanying him to every doctor's appointment or cooking his favorite meal, Diane always made sure her husband knew he had her full support.

"When you have cancer, you really see how much love is," Geske said. "Your fight is their fight. My wife put up with so much stuff. I'm so lucky to have her fight with me and not against me."

Indeed, not every couple can weather the strain. Many do not make it through a chronic illness together. According to a 2014 study, 31 percent of marriages where one of the partners suffers from a serious illness like cancer, heart disease, lung disease, or stroke end in divorce.

The Geskes acknowledge that their road has been far from easy -- they call it "brutal," in fact -- and sometimes they succumb to the stresses of the illness.

"There are days when I take out all of my anger and frustrations on her," Geske said.

But Diane has grown to learn how to cope with the more difficult times. "If he's in a mood or having a bad day, I know to just leave him alone for a while," she said. She also said making time to focus on herself and both of them having friends and a life outside of their relationship help keep their bond strong.

Courtney Bitz, a licensed social worker who runs the Couples Coping with Cancer program at City of Hope National Medical Center in California, said that while partners and caregivers are so important to individuals who have been diagnosed with cancer, "they often experience as much or more distress than the patients themselves."

But while many couples struggle with the stresses of cancer, a large number find a silver lining.

"There's this opportunity where many couples grow closer to each other in learning how to support one another and solve problems with one another in a different way," she said.

Bitz points out that men and women cope with stress in different ways and it's important to understand each other's expectations in order to prevent conflict.

For example, when under stress, many women tend to want to connect with others and talk about their feelings and fears. "They get comfort from that social relatedeness," Bitz explained.

Men, on the other hand, typically prefer to process their emotions alone.

"So what we find is that sometimes when there's this misalignment in terms of what helps me under stress versus what helps my partner, and there's misunderstanding around that, that can be a challenge," she said.

She often works with couples through these issues and counsels them to openly communicate about what they need and what their expectations of each other are.

The importance of being a team

Emily Bennett Taylor, a 31-year-old lung cancer survivor from Los Angeles, said her husband Miles was an integral part of her recovery.

"We were both as a team focusing on keeping my body strong," she told CBS News. "He'd take care of me all day, do as much work as he could, and then he's a great researcher so he would stay up late researching medical journals to find out anything that could help me."

Bennett Taylor was diagnosed with stage IV lung cancer the day before her and Miles' second wedding anniversary. After eight rounds of chemotherapy, extensive radiation, and the removal of her lung, she has been in remission for three years.

Geske, meanwhile, has had his wife's support as he's taken part in a number of clinical drug trials. While still undergoing chemotherapy, he says he generally feels well. He's grateful for each day and plans on watching his first grandchild -- two-month-old Ellie -- grow up.

Both couples say open communication and consistently expressing their love for one another has kept their bonds strong throughout.

While celebrating holidays and milestones may seem like it would be low on the priority list in the midst of a cancer crisis, experts and those who have gone through it say it's important to make time for these happy moments.

"We celebrated every little thing," Bennett Taylor said. "Every time I got good news on a scan, we would text all our friends and meet up to celebrate. We made sure to take the time to be together and appreciate the little things."

The Geskes also said small measures go a long way. "Something as simple as stopping and giving one another a hug can do so much," Diane said.

For Valentine's Day, both couples said they're not fans of over-the-top romantic gestures, but rather finding ways to spend quality time together and express their love are what's most important.

The Geskes are planning a quiet night in with a homemade dinner and bottle of wine. "We're homebodies," Bill Geske said. "We'd rather be home spending time and celebrating with each other than out among the restaurants."

The Taylors have plans to celebrate together the following weekend at a cabin in a mountain town close to their home.

"We used to do much more of the traditional Valentine's Day, like chocolates and roses and dinner," Miles said, "but when you go through something like we did, celebrating when you're cancer-free, it just puts a whole new light on everything."